When Lavine became Medill’s dean in 2006, he envisioned a school where stories, media and audience would intersect to create relevant and differentiated storytelling that engages the audience.

The “Medill 2020” plan took future changes, including audience fragmentation and digitization, into consideration.

"The most precious thing to the media is the time of your audience."

To Lavine, audience insight was crucial to establishing trust and engagement with media outlets.

“The most precious thing to the media … is the time of your audience. If the audience doesn’t give you a minute of their time, whatever you created didn’t happen,” Lavine says.

Medill professor Patti Wolter, who has been at Northwestern since 2002, says Lavine’s plan revolved around the audience.

“I personally believe that storytelling is the heart of [journalism], and teaching techniques that allow people to tell really strong stories is still really important,” Wolter says.

An important component of “Medill 2020” was that students would have more knowledge of audience and consumer understanding. By 2020, elements of audience understanding have been integrated into some journalism courses.

“Journalism really doesn’t have much of a purpose if you are not paying attention to what [readers] are reading and how they are interacting with your content,” Rosenberg says. 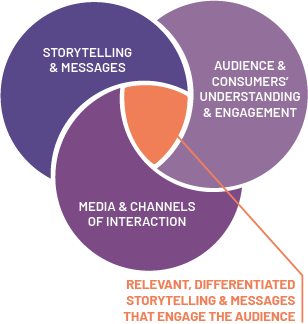 Medill professor Jack Doppelt, who has been with Medill since 1986, says audience research has become a core part of the student curriculum. Audience understanding revolves around knowing and addressing the audience. The concept is now integrated into the first classes students take at Medill, he says.

In addition to curricular changes, “Medill 2020” emphasized different forms of storytelling. In the past, media mainly operated in separate, vertical sectors, Lavine says.

“It was rare for a print journalist to carry a camera and know how to take an engaging photo,” Lavine says. “The reverse was also true. Photographers or moviemakers seldom wrote text stories.”

Lavine considered this division a challenge and an opportunity to embrace different forms of storytelling and communication. During his time as dean, some Medill professors participated in a faculty class, which Wolter says featured speakers who focused on the future of the media industry.

“[Lavine] wanted Medill to come out of the print-centered era into the digital-centered era,” Doppelt says. “We were way ahead of the game in relation to other journalism schools, and even newsrooms, about moving to both digital and multimedia.”