When Medill third-year Alex Chun was a kid, his family would drive eight hours from his home in Maple Grove, Minnesota, to a Chicago H Mart, a Korean American supermarket chain. The family made this trip once a year to stock up on kimchi and other Korean ingredients they couldn't get closer to home. Now, living in Evanston, Chun makes the 35-minute drive to the store about once a month. When his parents come to visit him, they bring a car full of empty coolers to fill with food and take back with them.

Chun loves the freedom of being able to cook for himself. From his apartment kitchen, he replicates his favorite recipes inspired by soul food, Korean dishes and Midwestern classics. Chun's home-cooked cuisine ranges from poke bowls to big batches of chili to share with friends at Northwestern.

"I'm from the Midwest, but I'm also Korean, so I cook a lot of Korean food," Chun says. "My parents are also from Texas. All of that is reflected in my cooking."

Other Northwestern students have found ways to remain connected with their culture's cuisine while away from home, whether at the dining halls or through their own cooking.

One common struggle students face is the lack of accessible, authentic ingredients in Evanston. Chun says it is very common for students to carpool for H Mart runs.

Chun started cooking out of necessity when he moved off-campus and could no longer rely on the dining halls for meals. The week before he left home, his mom taught him the basics: a few key meals and kitchen skills, like dicing onions and seasoning foods correctly. Soon, Chun began to enjoy cooking. And after meeting his current roommate, Weinberg third-year Freedom Gobel, he began to appreciate the pastime in a new way.

Chun and Gobel met during Wildcat Welcome in their first year and bonded over meals in the dining hall. Now that they live off-campus, cooking has become a way for them to relax and spend time together.

"We'll cook and eat food and spend three or four hours talking, listening to music and making a meal together. It's just lovely," Chun says.

"I guess you can say it's like art. I think there's just something that is very gorgeous and beautiful and important about creating [food] with people that you really love."

Medill second-year Jen Ren makes meals in the Willard Residential College kitchens 3-4 times a week. After discovering the community lounge and large kitchen on the fifth floor, she began cooking not only for herself and her friends but also for the entire dormitory.

As the Willard Food and Fireside Chair, Ren organizes a weekly food event for her residents called "Munchies." She focuses on bringing in foods from different cultures, including snacks from H-Mart. In February, to celebrate Lunar New Year, Ren and 30 other students made more than 500 dumplings, a tradition Ren first enjoyed with family.

As the child of two Chinese immigrants, Ren grew up eating lots of traditional Chinese dishes. She has missed this food since being on campus, despite enjoying the food from the dining halls.

Craving dishes from home is common for many underclassmen as they adjust to the dining hall. The connection that Ren, Chun and others have established between food, culture and family often runs deep.

McCormick second-year Marcos Rios remembers calling his grandmother the day ajiaco was served in the dining hall during one of his first weeks living on campus.

Walking back to his Lincoln dorm room with this traditional Colombian stew spilling into all three sections of his purple Ozzi, Rios felt connected to his culture in a way that he hadn't since first coming to Northwestern. 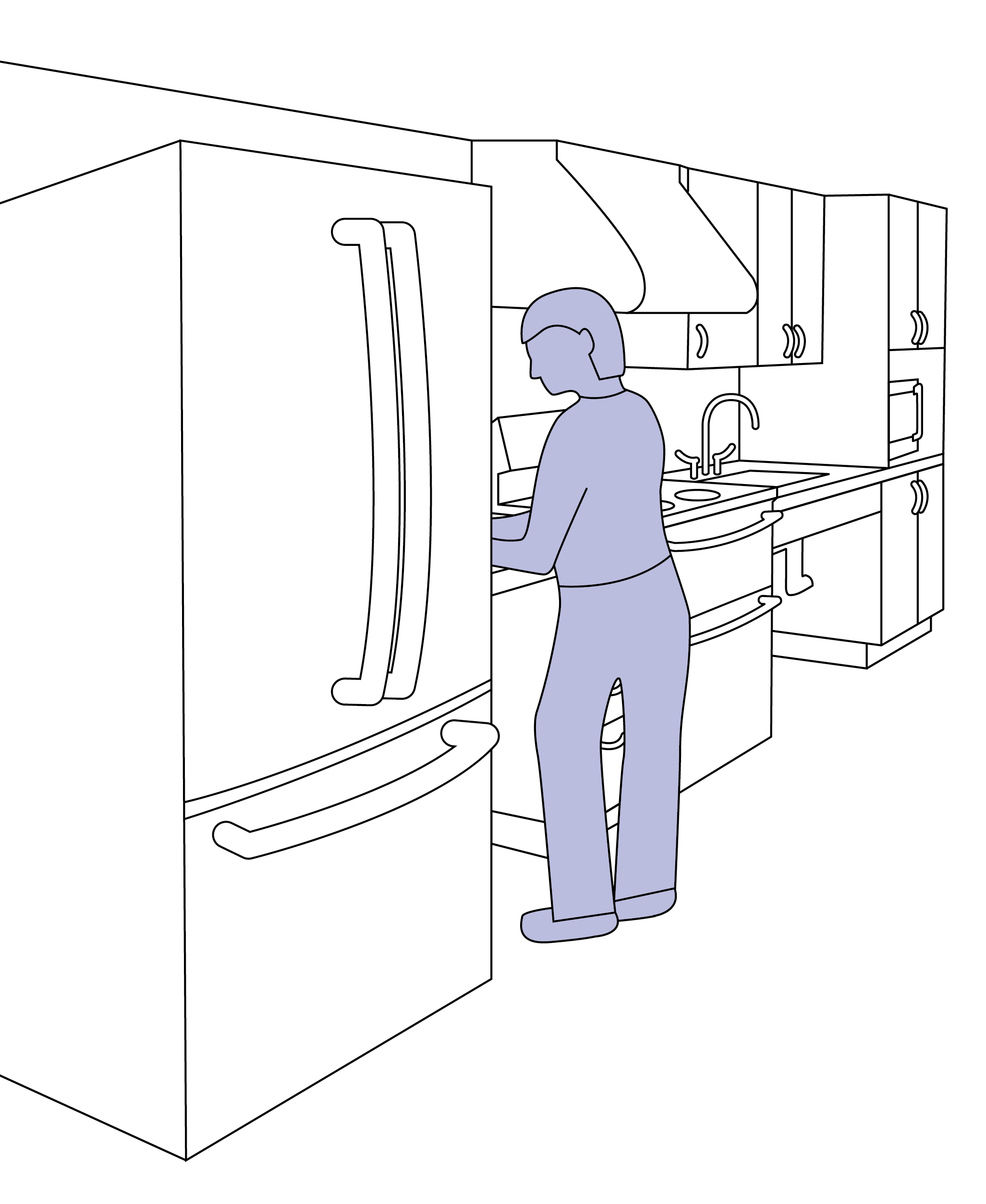 "The look on my face was one of utter shock and surprise when I saw it," Rios says."I wasn't expecting much, but it tasted just like the ones that I had grown up eating. It really made me feel like I was home."

Rios says he appreciates the dining hall's effort to provide food from many different regions rather than keeping to one standard menu.

"I feel like our dining halls try to make different types of [cuisine] every day, which is so nice," Rios says. "It goes underappreciated the majority of the time, and maybe they don't always get it exactly right, but when they do, it's very appreciated."

Chun says he was a fan of the dining halls when he lived on-campus and that the food was never too bad - it just needed a few additions to better replicate home-cooked meals.

"You have to know how to make a dish right," Chun says. "It's adding small things, like extra seasonings or hot sauce."

However, for Chun and many other students, perfect preparation is not the most important element of a home-cooked meal - the ritual around meals is a major part of the joy of eating at home.

"I think for a lot of non-American communities, food is really integral to culture," Chun says. "My family would eat almost every meal together except for lunch because I was at school. We sat down for family dinner every night."

Rios, Chun and Ren grew up in homes where meals were an important part of their family time. They all believe cooking is an expression of love and will continue to cherish it.

"I guess you can say it's like art," Chun says. "I think there's just something that is very gorgeous and beautiful and important about creating [food] with people that you really love."