A pair of pandemics 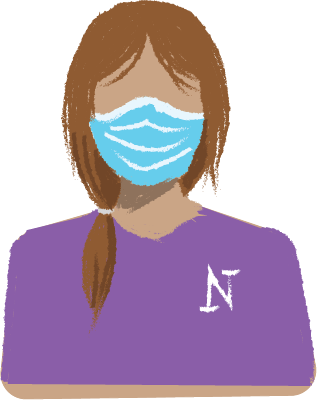 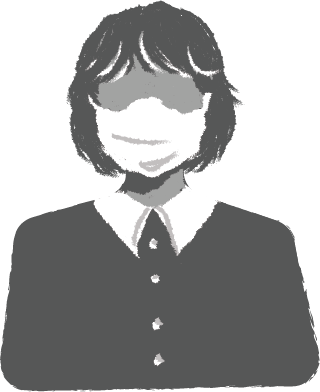 For the second time in Northwestern University’s history, the words “pandemic” and “quarantine” have become part of students’ common vernacular.

The last time students were social distancing was over a century ago, during the 1918 flu epidemic that came to the Chicago area near the end of World War I. Initially, they hoped to overcome the flu and return to normal student life within weeks, much like students did in March after Northwestern shut down.

Since March 2020, Cook County cases of COVID-19 have risen to 231,462 out of a population of 5.15 million as of November 12, 2020, according to tracking by Johns Hopkins University. This 4.5% rate is higher than that of 1918, when approximately 38,000 of the 2.4 million people in Chicago (about 1.6%) were infected with the flu. NBN explores the similarities and differences in Northwestern’s response to these pandemics and the way student life changed in both 1918 and 2020.

In 1918, The Northwestern Weekly, now known as The Daily Northwestern, published a variety of articles that highlighted how Northwestern handled the impacts of influenza on student life. Students resumed inperson classes after only a few weeks but continued without scheduled student trips, events with University President Holgate or “quiet and lady-like gatherings of co-eds.” On the other hand, 2020 Northwestern has maintained remote learning since April 6. Of course, today, students can take classes from the safety of their homes or dorm rooms via Zoom. The luxury of today’s virtual platforms also allows students to attend dance rehearsals for Refresh, student organization dinners and even baking classes offered through Norris.

Northwestern’s safety guidelines in 1918 “consist[ed] of ‘Thou shalt not’s,’ but also of some very definite ‘Thou shalt’s,’” according to The Northwestern Weekly. The Evanston health department at the time ordered that lists of rules be posted in each student’s room, including required reporting of symptoms and the prohibition of those with symptoms from going out in public. Dorms in 1918 were separated by gender, and the women’s dorm procedure demonstrates the required reporting: Female students had to report whether they felt any symptoms by 8 a.m. each day to the “preceptress” (similar to today’s faculty-in-residence) of their house. She would then report the findings to the dean of women. These rules were enforced with the cryptic yet convincing promise that “disobedience of these orders will be punished by measures which will insure [sic] obedience.”

This threat is eerily close to the responsibility university officials placed on students this year to curb the spread of COVID-19. An Aug. 30 email from Provost Kathleen Hagerty threatened students violating University guidelines with suspension or expulsion and encouraged community members to report concerns about student behavior to the university. As a way of tracking the spread of the illness, students living in Evanston during fall quarter participate in weekly COVID-19 tests at the Jacobs Center. Students also received advice from The Daily about how to stay safe in a dorm and personalize their room with decor and furniture to make it more comfortable during quarantine.

Testing availability plays the biggest role in the difference between Northwestern’s response to COVID-19 and the 1918 flu, particularly in terms of bringing back Big Ten football this year. The Big Ten Council initially postponed the season, but officials cited daily antigen testing as the main justification for continuing games. Quick test turnaround times and further confirmatory testing allow programs to identify infected individuals and prevent the spread of COVID-19. This approach is better than it was a century ago: Northwestern’s October 1918 schedule was “knocked out” partially because of the flu, but the season continued after a few weeks. The Department of War had a significant say in the matter, considering World War I was simultaneously going on, and announced that “the government favored the continuation of athletics on an even broader scale.

Even with the advent of modern medicine and technology, it seems that today’s Evanston has struggled with the COVID-19 pandemic. In March 2020, many restaurants and public spaces across the U.S. closed in an attempt to reduce the spread of COVID-19, just as they did in Evanston in 1918. However, a week after the flu shutdowns, the city lifted quarantine restrictions, allowing trips to Chicago, theaters and the movies, among other establishments. Sounds familiar, doesn’t it? Only a month after that, on December 4, “Influenza is Back Again at University” ran on the front page of The Weekly. In May 2020, Evanston and other U.S. cities lifted quarantine restrictions on public establishments too soon, resulting in an almost immediate spike in cases. As a result, the City of Evanston provided tips for how to stay safe, including wearing a mask, not touching the eyes, mouth and nose, and washing your hands often.