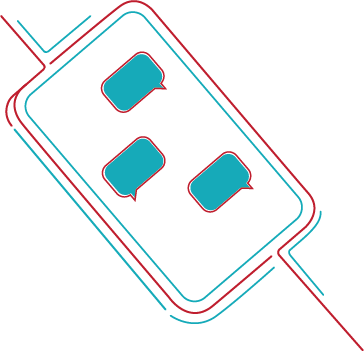 Samara Lipman’s alarm went off at 3:30 a.m. on Nov. 3, 2020. Lipman, a Medill third-year, was slated to work at a polling place on Election Day in Palos Park, Illinois, with a few other Northwestern University students. It was still dark out when they finished their hour-long drive to the precinct and began preparing to open it at 7 a.m.

According to The New York Times, 58% of poll workers in 2018 were 61 or older. However, given the health risk that public locations pose amid the pandemic, younger members have stepped in to fill their places. Reuters found that over 90% of the 650,000 voters who sought poll volunteering information from the organization Power the Polls were under the age of 65.

Lipman worked as a polling place technician, meaning she had the responsibility of taking ballots to be counted for Cook County.

“It was really interesting to see all of these people who are just like me, who are just volunteers doing this in their own time, bringing the actual ballot, the actual votes, the things that matter so much in this election, to a place to be counted,” Lipman says.

Despite a grueling 16-hour day, she says being a part of Election Day was a very meaningful and impactful experience, and she hopes to volunteer as a poll worker again.

“[It felt good to volunteer] because otherwise, the system really does not function,” Lipman says. “The system is built upon people who put it upon themselves to go vote, to take responsibility for what’s going on in their country, and it felt good to be a part of that group.”

Communication third-year Sammi Tapper got involved by assembling a group of Evanston-based Northwestern students who worked at the polls.

This summer, Tapper’s grandmother sent her a message encouraging her and those in the Northwestern community to work at the polls on Election Day. From there, Tapper created the Facebook group “Northwestern Poll Volunteering,” which now has upward of 200 members.

Tapper began assembling information about working at the polls, including carpooling efforts, for students who wanted to help out Cook County on Nov. 3. She gathered most information about polling places and online voter registration from Vote Save America, the Cook County Website and other similar pages

Tapper, Lipman and Maddie Brown, a Weinberg second-year, are three of many in younger generations who hope to make a difference by being active in election efforts. Even before the pandemic, the Election Administration and Voting Survey found that nearly 70% of jurisdictions did not locate enough poll workers. This could have led to numerous implications for voting, including closing polling places and longer wait times.

In past elections, polling locations nationwide have been forced to close due to a shortage of volunteers. In rural areas with limited polling places, this often blocks access to a convenient way for voters to cast their ballot on Election Day.

However, this year, many counties were overstaffed and had to turn away volunteers, including Maricopa County in Arizona, which became a deciding factor in President-elect Joe Biden’s victory in the state. According to National Public Radio, the county was hoping to staff 1,800 poll workers and received over 20,000 requests for poll volunteers.

Both Brown and Tapper highlighted the importance of making sure there are enough people staffing the polls, noting that if there aren’t, poll closures may prevent people from participating in what could have been one of the most pivotal elections to date.

“You can make a difference if you just get one [person to vote],” Brown says.

Brown, who is currently living at home in Washington, D.C., also took up text banking and other get-out-the-vote efforts. She says that she felt it was her generation’s duty to do all they could as Election Day neared.

“People who are highrisk can’t really be in public spaces for prolonged periods of time [like] they would be if they had to go work at the polls,” Brown says. “Now, there’s a whole movement of young people stepping up to work at the polls and take over for those people.”

In recent months, there has been a large wave of political activism alongside civil unrest across the United States. According to the Pew Research Center, over half of social media users ages 18 to 29 have turned to social media for activism-related information. Platforms like Instagram, Twitter and even TikTok have risen as vessels for sharing political information.

“I think what’s the most meaningful is just to see everyone come together right now our age. [It’s] very easy to feel helpless,” Tapper says. “I think social media and these different means we have for organizing and uniting together [give] the slightest bit of hope.

As many students (regardless of their location) continue to feel the effects of the COVID-19 pandemic and the isolation that goes along with it, they search for activities that give them a sense of hope and human connection. For Brown, text banking and sharing voting information has helped her connect with people in a way that feels meaningful.

“Regardless of where you are, it’s just so weird to be living your life over a screen,” she says. “Even if you’re just texting random voters in Pennsylvania.”