This fall, as performing arts students moved into apartments, Airbnbs and condos, they set up their studios, pushed furniture aside and hung makeshift backdrops.

A “really angsty version of [Taylor Swift’s] ‘Illicit Affairs’” blasts from a Cape Cod house shared by six Northwestern opera students this quarter. “You actually are catching a moment of peacefulness right now; there aren’t many times in the afternoon where there’s not singing in the house,” says Bienen second- year McKenna Troy (which is, in part, due to their agreed-upon singing hours: from the time classes begin in the morning to 10 p.m.).

"You actually are catching a moment of peacefulness right now; there aren't many times in the afternoon where there's not singing in the house."

It’s also not uncommon for these students to take classes together, gathering in the piano room for choir. When they’re not catching a Zoom call, the group makes TikToks, one of which made its way to For You page stardom. Although stereotypical, Troy says “watching Glee together is wonderful.”

Bienen and Communication second-year Ranna Shahbazi also studies Vocal Performance with Opera, but she shares an Airbnb with three non-voice majors, who frequently imitate her singing rather than joining in. For second-years who don’t have access to practice space on campus this quarter, learning at home means practicing at home. Since Shahbazi says she works best at night, her three roommates say she “start[s] howling at 11:30.”

One of Shahbazi’s roommates, Communication second-year Maggie Lezcano, says the opera student “brings a lot of laughs to the house.” According to Lezcano, Shahbazi’s instruction requires stomping, which “literally just sounds like there’s someone doing construction,” and watching full-fledged opera performances while the housemates are trying to eat dinner.

Also in Evanston this quarter are SESP second-year Ben Finkelstein and his roommate, Communication second-year Andy Hartman. Finkelstein says Hartman converted the living room into his ballet studio for the quarter, pushing the couch aside to make room for the barre he ordered. Since they signed their lease last-minute, the kitchen has frequent plumbing issues. Though Finkelstein doesn’t think twice about Hartman’s performing arts classes, he expected the plumber to when he arrived just as Hartman was warming up for ballet class.

“It just looked like a scene out of a comedy show.”

“It just looked like a scene out of a comedy show,” Finkelstein says. “You have the plumber making a ton of noise with all of his tools and everything in the kitchen, and he’s trying to dance in the living room ... Then, in the end, he goes ‘Oh, sorry, were you doing something this whole time?’ It was just a mess.”

In nearby Rogers Park, Medill first-year Madison Bruno shares an Airbnb with two theatre students, first-years Adelaide Ray Young and Kate Davis. Young, an aspiring screen actress, often films audition tapes. She moved a couch out of the office to make room for her equipment, saying, “just the theatre things,” when their landlord stopped by to see how the girls were settled in. 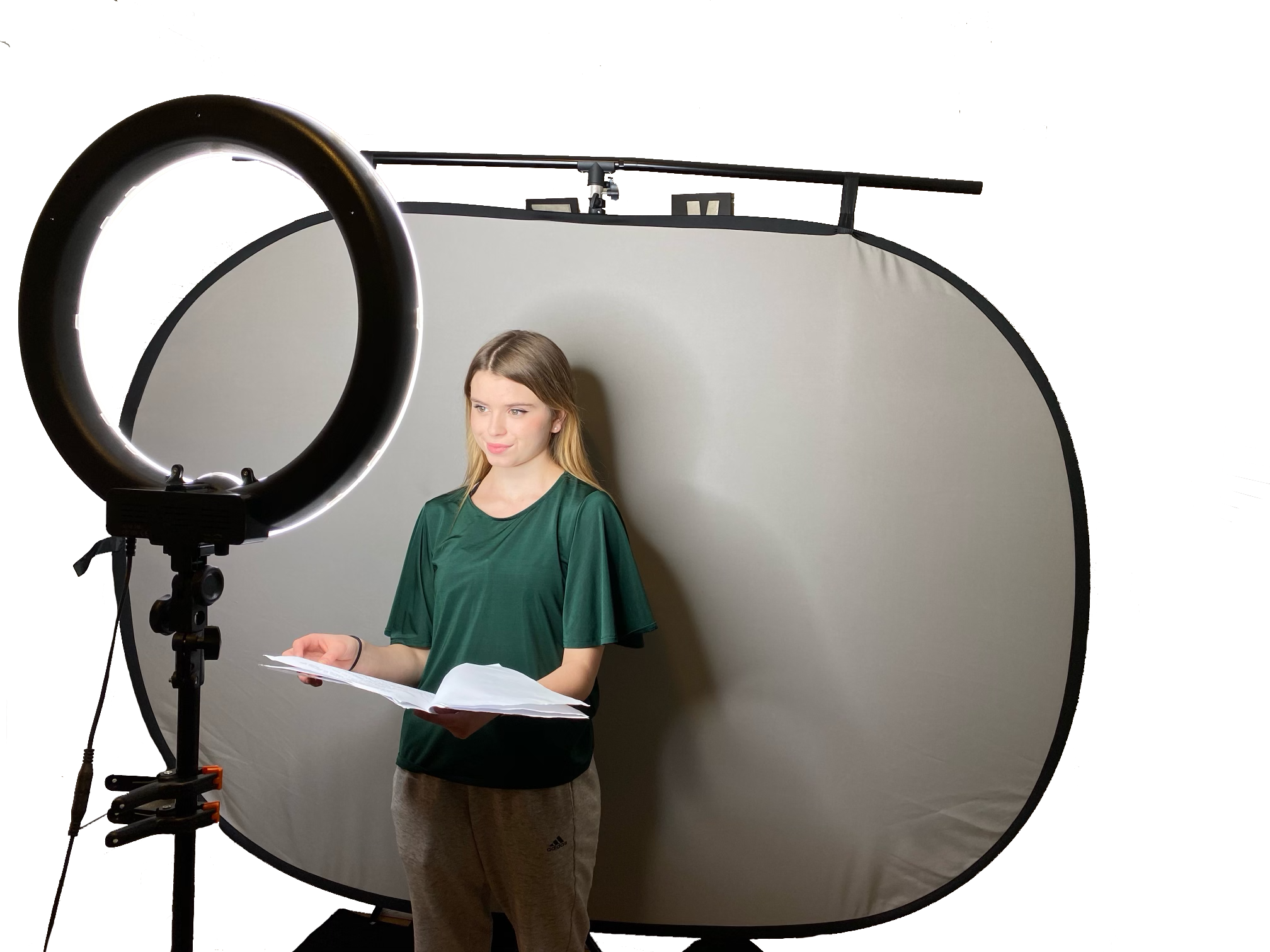 When Young prepares audition films, pulls out her backdrop and goes over her lines, everyone in the house takes part in the process. Additionally, Bruno says Young works on talents like gymnastics and skateboarding to boost her résumé. Bruno, a competitive cheerleader of eight years, often teaches Young a thing or two.

Though Young keeps up her skills for the screen, Davis is more interested in musical theatre and is enrolled in Basic Acting.

“I don’t know what is going on in that class; they just start with clapping every time and then we hear her just repeating like the same word over and over, which I’m assuming is an acting exercise,” Young says after imitating Davis’ applause.

Bruno actually has a discussion section during just that class. “Every time I unmute, she’s making weird noises,” Bruno says, admitting that she’s given up speaking altogether.

“I always have to be kind of in the loop of when she’ll be doing those classes because we have quizzes or tests, [and] they’re not the time to overlap them,” Young says.

“Don’t fight it,” Bruno says about the experience. “Just take it in ... and invest in some good headphones.”