Carol Heimer’s email signature began with the same title for nearly 40 years: “Carol A. Heimer, Professor of Sociology, Northwestern University.” Now retired since Aug. 31, Heimer says rewriting her signature is one of many transitions she’s had to navigate. Another pressing issue is figuring out what retirement means to her.

“In the best of all possible worlds, we retire to something rather than retire from something,” Heimer says.

According to Pew Research Center, the annual growth of retirees increased by approximately 1.2 million more baby boomers than usual in 2020. In addition to financial concerns, retiring professors in particular must face the transition out of what is usually considered a lifetime career. 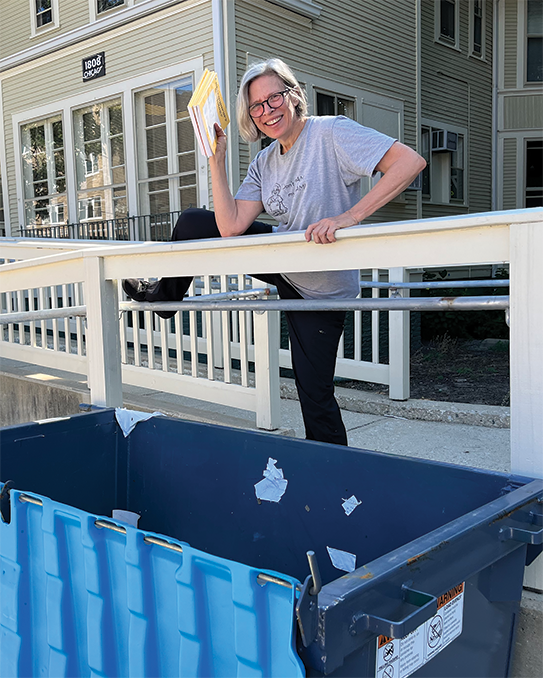 Wendi Gardner, associate professor of psychology at Northwestern, refers to professors’ careers as “role identities,” a term Oxford Bibliographies defines as “the character people play when holding specific social positions in groups.” Careers often shape the way professors structure their lives, and without that structure, Gardner says it’s crucial to find other forms of purpose.

“One of the most important things that we can do in the successful transition to retirement is identify the aspect of the higher identity that you value the most and make sure you continue to express it,” Gardner says.

For professors, this process can manifest in various ways. Michael Roloff, professor emeritus of communication studies at Northwestern, retired from his post at the beginning of September, though he still takes part in some professional work. A professor gains emeritus status when they retire as a means of keeping their academic title. Currently, he evaluates professionals for promotion and reviews journal submissions but is considering teaching summer sessions. Roloff says he also values the freedom of choice that these commitments bring.

“I could see myself starting to read stuff I haven’t read in a long time,” Roloff says. “I’ve got eight grandchildren. I’ve already been spending more time with them than I’ve ever spent before.”

Heimer has remained active in academia by shifting her focus to the American Bar Foundation (ABF), a nonprofit law research organization. For the past 11 months, she’s led ABF’s seminar series. She is also writing a book about the intersection of the legal and medical fields.

“In the best of all possible worlds, we retire to something rather than retire from something.”

“One of the big mistakes people make is they think they’re just going to stop working, but when you move into a place where you’re stopping working, then you lose a lot of your connections with other people,” Heimer says.

Prior to retirement, Heimer lost both her husband and mother after the onset of dementia. Her focus on caregiving at the time meant she did not have the capacity to consider post-retirement plans.

Now in the midst of the transition, Heimer is confronting the loss of her previous role as professor.

Roloff has witnessed other retired colleagues reconcile with becoming unrecognized in an environment where they were once distinguished.

Growing up in a family of educators and raising children to have the same passion for teaching, the field has personal value to Roloff. However, concerns about his job performance declining with age and his place at Northwestern made him consider retirement as his next step.

“My feeling was that some of the great athletes that I have respect for were the ones who retired before they actually needed to,” Roloff says. “They could still play the sport — not as well as they did in their prime — but they could still do it. I think that was a critical factor for me. It was internal.”

For professors struggling with retirement anxiety, Gardner suggests it’s important to find a social circle beyond the University.

Karen Chou, clinical professor emeritus in the McCormick School of Engineering, says the COVID-19 quarantine helped her find new ways to be social. She began going on walks during isolation, leading her to meet new friends she otherwise wouldn’t have. Even now, she maintains those meaningful connections. 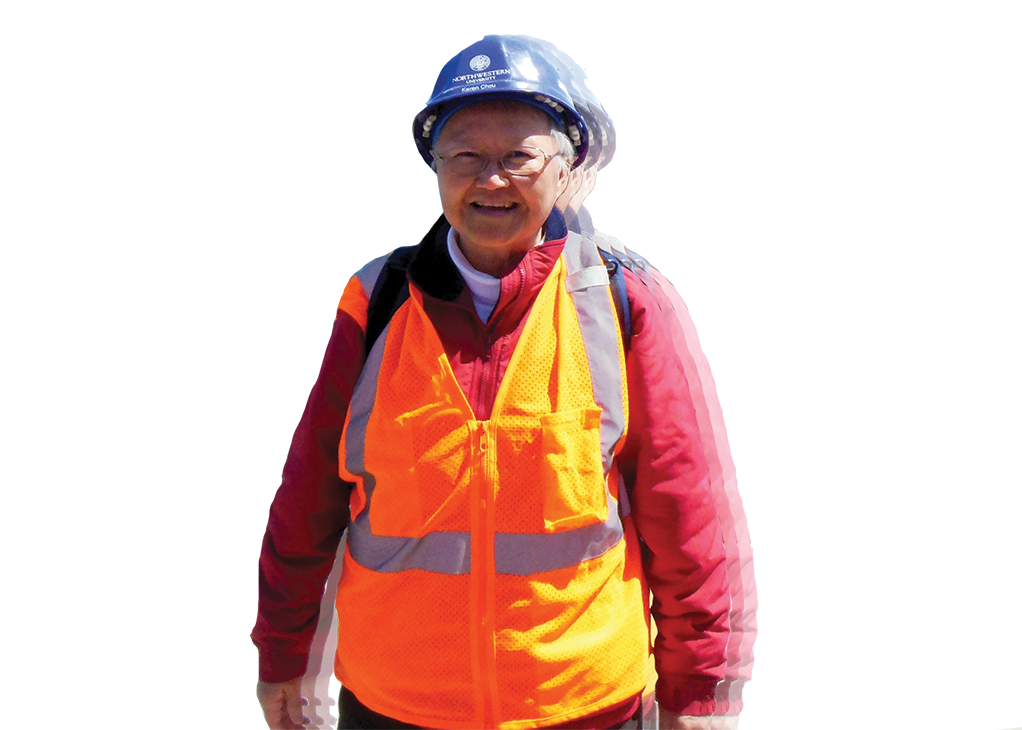 Karen Chou on a field trip in 2016. (Photo courtesy of Karen Chou)

“I found a group of seniors walking, and I became the baby in the morning group. Now, we have weekend coffee in Panera,” Chou says.

Gardner adds that meaningful hobbies are important for retirees. According to the National Institute on Aging, pursuing hobbies can provide happiness and health benefits.

“Even for people who might be struggling with the role transition, I want to say, ‘Take heart,’” Gardner says. “More than likely, your well-being will continue to improve, even if this is a rough patch.”

For retirees, leaving a profession is not the end of a career but a chance to discover new goals. Heimer says she is taking the time to explore different aspects of herself.

“You want to look forward and say, ‘What am I gonna do now that I haven’t done in the past?’” Heimer says. “‘What new skills am I going to learn? What new adventures am I going to have?’”