As campus cleared out, these students had to stay behind.

In early March, James Jia had already made up his mind: he wouldn’t be leaving Northwestern’s campus to return to China. COVID-19 had killed thousands in his home country and with heavily restrictive travel measures in place, it would cost anywhere from $2,000 to $3,000 to book one of a handful of available flights.

For many international students like Jia, returning home in the midst of a spreading pandemic was either difficult or impossible. Dozens of others faced the possibility of returning to situations of food and housing insecurity, financial instability and atrisk family members.

On March 10, Harvard University canceled in-person classes for the remainder of the semester and abruptly ordered all students to vacate their rooms within the week, a decision that was met with national scrutiny and outcry. Days later, Northwestern stepped up to the plate: what would the University tell students like Jia?

After gathering data from a survey sent to all undergraduates, Northwestern went in a different direction, announcing its intentions to allow an approved group of students to stay on campus.

“[It wasn’t just] a housing decision,” says Carlos Gonzalez, Northwestern’s executive director of Residential Services. “It was housing-related, but I needed more perspectives in the room to make sure we got it right. What I took away from [Harvard] is that students needed a little more agency.”

“We understood there were some students who couldn’t go home,” Gonzalez says. “It was heart-wrenching to review [some of] the cases.”

In a thoughtful and detailed review of student responses, Gonzalez made sure those who absolutely needed to remain in Evanston were allowed to do so, while also keeping the number of people on campus at a safe and responsible level.

Second-year Josif Bozovic was one of the approximately 200 students permitted to stay in Northwestern residence halls spring quarter. In early March, he watched as COVID-19 crippled Italy, which neighbors his home country of Montenegro. As Bozovic deliberated what to do over spring break, Montenegro’s borders and airports became closed or heavily restricted. Any possible return home would necessitate a travel plan carefully coordinated with the Montenegrin embassy, followed by mandated selfisolation and punitive curfew measures. He decided to remain in Evanston.

In a time when most students are quarantined back home with their families, Jia and Bozovic are isolated alone in their dorm rooms nearly all day. There are no spirited student theater productions, raucous basketball games or sweaty fraternity parties to attend at Northwestern this quarter. There are no walks to class, no more goofy highfives and daps shared between friends. No one guards the Rock these days or sells doughnuts on Sheridan. Instead, a campus typified by its fervent energy and excitement has been rendered empty and deserted due to the spread of the coronavirus, like much of the nation.

It was only after a late-night Bobb-McCulloch fire drill brought the residence hall’s inhabitants to shiver together outside that Bozovic became acquainted with some of the other students forced to stay on campus this quarter. Much of the social interaction that characterizes life in college is now frowned upon. Early on in quarantine, Bozovic watched a casual game of pick-up basketball outside Bobb only to discover a few days later that the rims and nets had been removed, deterring any would-be ballers from congregating on the court. Northwestern’s other typical social locales — Mudd, Main and Deering Libraries, Norris University Center and gyms at Henry Crown Sports Pavilion and Blomquist — have all closed their doors for the entirety of the quarter. And while most of Northwestern’s community is together with their families, for those on campus, home couldn’t feel further away.

“We all want to be with our families,” Bozovic says. “It’s the most natural way to respond to a crisis like this. We are 20-year-olds.”

Instead, the Bozovic family finds itself split apart, quarantining on opposite sides of the globe: Josif in his Bobb dorm room in Evanston and his family 5,000 miles away and seven hours ahead in Bar, Montenegro. Normally, checking in with parents while at college might seem like a chore, but the conversation is different now and the questions are more important than ever: “Are you safe?” “Are you okay?” Bozovic asked to push back our interview an hour; it was his mother’s birthday and he wanted to connect with her before she went to sleep. 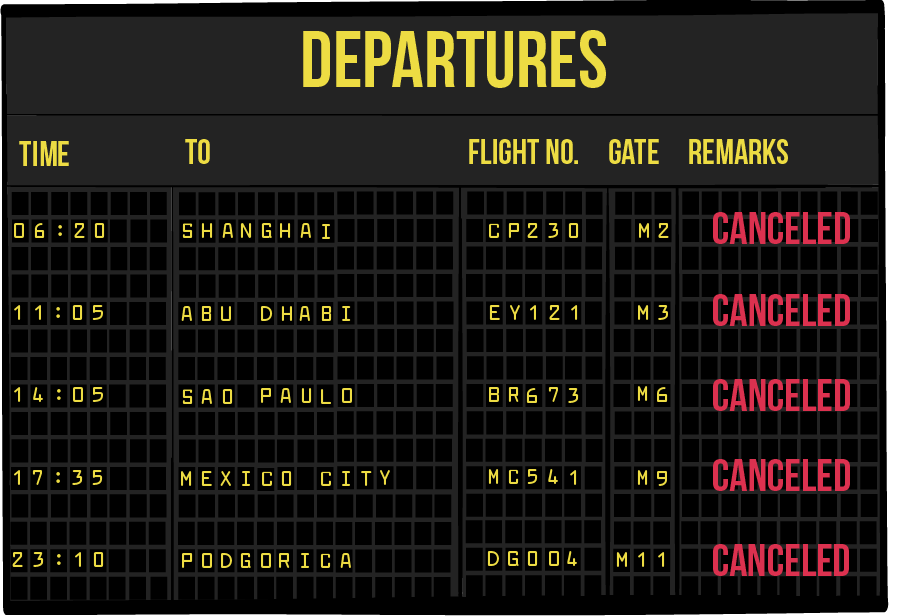 Amidst a pandemic, the inherently communal spaces of a college dormitory pose obvious health and safety risks. In response, Gonzalez says cleaning protocols have been completely revamped. Advanced electrostatic disinfectant sprayer machines are used daily in every residence hall, targeting hot spots like doorknobs, stairwell handrails, bathrooms and laundry rooms. Face masks are available for pickup around campus and students can even request for one to be provided in their mailbox.

Director of Dining Stacey Brown has spearheaded an adapted approach to dining during the pandemic. Foster-Walker Complex (Plex) is the only operating dining hall during the quarter – and it’s undergone a number of adjustments. Chairs and tables have been removed. Social distancing markers are taped down to the floor. Plexiglass barriers separate diners from the workers who usually swipe their Wildcards, and students are encouraged to simply swipe their own.

Dining in is prohibited. Instead, students must use provided to-go containers, forced to shuffle out of Plex clutching their meal, in search of another place to eat. Four distinct crews of workers rotate on- and off-duty to limit the chances of a potential outbreak infecting the entire staff.

In an effort to further limit any face-to-face interaction, Brown and her team partnered with Boost Mobile to set up a mobile ordering system for dining hall food, relying on the same digital infrastructure that supports Norris restaurants such as Dunkin’ Donuts and Patty Squared. Certain menu items can be prepared and packaged in advance for scheduled pickup times, and dining hall swipes function as a payment option. By offering the chance to request a hot breakfast before bed and pickup the following morning, Brown hopes she can restore some comfort and normalcy for those still on campus.

Despite these efforts, some students are finding other ways to feed themselves. Ben Geduld, a firstyear from Miami, petitioned to stay in Evanston because his father is immunocompromised. Quarantining in Slivka Residential College on North Campus, he says the trek from the residence hall to Plex is too inconvenient. Instead, Geduld shops for groceries once a week at Target and cooks most of his meals alone in the dormitory kitchen. It’s not how he envisioned the end of his freshman year at Northwestern.

For Jia, the status of his internship in Chicago this summer is up in the air, and it’s unclear if or when he will return home to China. As spring quarter winds down, the fate of the University in the upcoming school year is similarly ambiguous.

“I guess the not knowing is the scariest part,” Jia says.