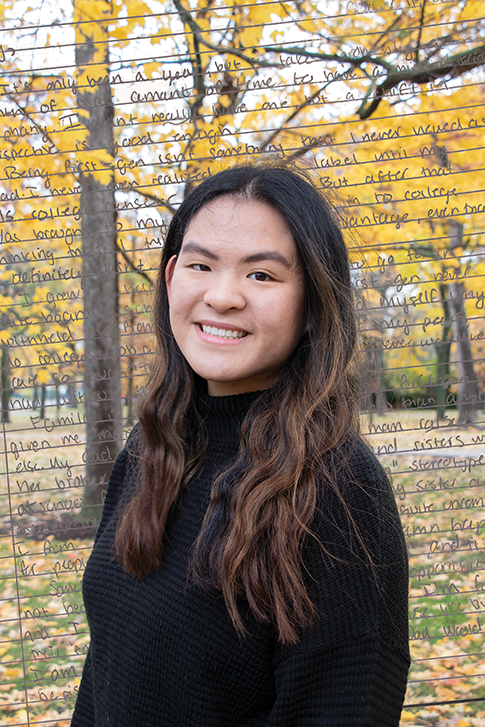 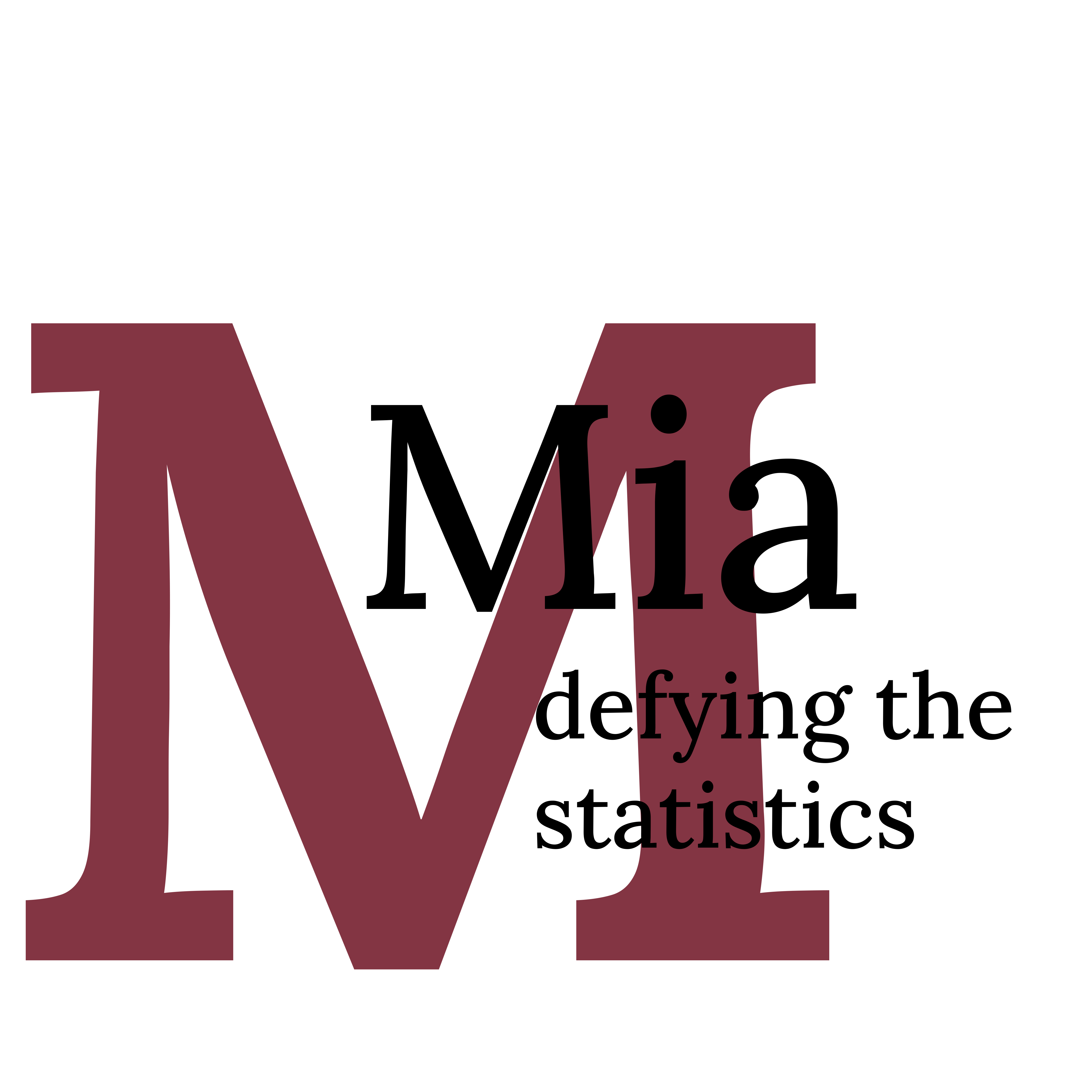 Most days, Mia Castle walks out of the Norris Aquatics Center with a pool towel in hand, heading from swim club practice back to her suite in Lincoln. After a quick shower, she is ready to tackle the night’s problem set. Castle has always split her time between studying and swimming. Before coming to Northwestern, she earned an academic and athletic scholarship to a suburban boarding school one hour from her home in Plato Center, Illinois.

Despite her last name, which she describes as very white-sounding, Castle is Asian-American and was adopted from China. Because she is a mathematics major at a top institution, Castle says she is stereotyped as the Chinese “model minority” — the Asian student who excels at academics. Rarely is she stereotyped as a first-generation student, even when she was one of few first-gen students at her high school. When asked what she thinks of when she imagines a first-generation student, her answer is simple: “Not me!”

I don’t think anybody fits the typical mold to be honest. Everyone has little intricacies in the way they identify.

At her high school, Castle had access to better college counseling resources than in Plato Center and was recommended to participate in Chicago Scholars, a college admissions program for minority, low-income and/or first-generation students in Chicago. The program was helpful in her application process, as it got her interviews with admissions officers. But the experience also instilled doubt in Castle about the validity of her first-generation status.

“One girl I went on the trip with, she asked me, ‘Why are you here? You’re not poor,’” Castle says. “Most of the people there identified as African American or Latino/Latina, and I was none of those things. So, she was thinking that I took someone else’s spot. But I fit exactly what they want, I just am not the ‘typical’ first-gen student.”

The distinction between first-generation and low-income, according to Castle, is important because there are levels of privilege and intersectionality involved with being first-generation that cannot be judged or assumed. Having college prep counselors who helped her with college applications, or the ability to swipe away from Northwestern SES emails about winter gear and food drives, are advantages that Castle knows have made a large difference for her.

“I don’t think anybody fits the typical mold to be honest,” Castle says. “Everyone has little intricacies in the way they identify.”

But even with these advantages, Castle is still a first-generation student, and the identity has still impacted her college experience. During Wildcat Welcome, Castle’s mother ensured she could watch her daughter March Through the Arch via the livestream — a college tradition she wanted to live vicariously through Castle. Her parents also doubted her switch from pre-med to mathematics, not only because they were more familiar with pre-med, but because they were afraid that her chance to go to college would be wasted.

“I want to defy the crap out of them,” Castle says. “Being told I can’t do something, it fires me up. I know for some people it shuts them down. For me, I just immediately want to hop to it and tell you why you’re wrong. And I’m not just going to tell you, I’m going to show you.”