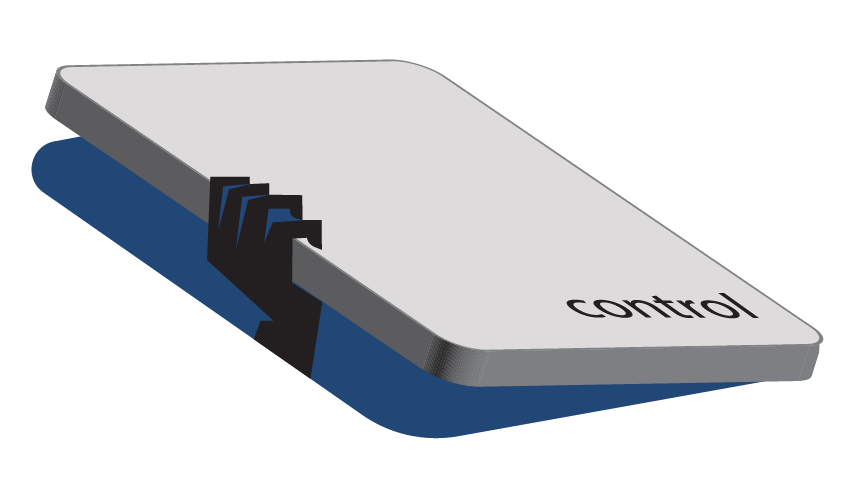 Why has Twitter become a microcosm of the collegiate political atmosphere?

The third-year SESP student says many activists are frustrated with the hypervisibility that comes with the platform.

Gonring identifies as an abolitionist, a political affiliation she says entails the destruction of carceral systems, “expanding quality of life so that we don't need [police] and increasing people's access to resources.” She uses Twitter frequently and estimates around 90 percent of her tweets are political in some form.

For many politically active Northwestern students — especially those of more left-leaning affiliations — Twitter serves as a platform to share their views and connect with other students who share their goals. Especially while COVID-19 has prevented students from organizing in person, Twitter allows student activists to garner support for causes like decarceration and extending funding for graduate students.

Still, the platform isn’t perfect. Twitter also allows users to share harmful content like videos of brutality against Black people and disproportionately labels tweets in African American Vernacular English as offensive. Additionally, character limits and desire for internet “clout,” or influence, can lead to conflict. For this reason, some students try to balance their activism on the platform with activism in the outside world.

“If I’m sharing something on Twitter, I better be living up to that and not just being behind the screen,” Vesurai says. “I would much rather not tweet anything for a week and be doing real things with my time than tweet 300 things a week.”

Gonring says sometimes students get caught up in performatively sharing their beliefs, rather than working toward change, though she acknowledges online activism is necessary for accessibility reasons.

“What really matters is, ‘How are the beliefs that you’re putting out onto Twitter translating into the real world?’” Gonring says. “And I think that translation is not there most of the time.”

Gonring expressed frustration at students who shared graphic videos — like those circulating after the death of Ahmaud Arbery, a 25-year-old Black man who was murdered in February — in order to “raise awareness.” She says it’s not worth the risk of trauma for people who see them.

If I’m sharing something on Twitter, I better be to that and not just being .

“I don’t follow people that circulate videos of brutality, especially non-Black people. I’ve purged them completely from my news feed,” she says. “We all know Black people in this country are dying. We don’t need any more awareness, especially at the sake of people’s mental health.”

Beyond content shared by individual users on the app, some users have criticized Twitter itself for racial biases.

“Twitter is fine with Nazis being on their platform. Twitter heavily punishes Black people for behavior that they let other people get away with,” Gonring says.

In fact, as of May 29, users can target ads using keyphrases such as “white supremacist,” which reaches 9.74 million users.

Race is a point of interest within Northwestern’s Twitter environment because of the amount of wealthy white students on campus. Northwestern’s Class of 2023 is 57 percent white, and according to the New York Times, 66 percent of Northwestern students belong to the top fifth of median family income. Gonring says these students often don’t care as deeply about political issues as low income and Black students, for whom she says the personal is political. As a result, she says the amount of political content she sees on Twitter doesn’t accurately reflect the larger Northwestern environment.

“I don’t think rich people care that much, and if they do, it’s in a very performative [way],” Gonring says. “Like, ‘Oh, I’ll share this post, I’ll retweet something, but I’m not going to make my own post or share my own original thoughts.”

According to Niche, Northwestern is the 10th-most liberal college in America, with 69 percent of students identifying as Democrats and 3 percent as Republicans. Remaining students identified as Independent, apolitical or associated with a third party.

“[It’s] just a manifestation of who we have in our student body and where most colleges stand,” Svirnovskiy says.

Similarly, Vesurai says at Northwestern, “the online discourse definitely leans more to the left.” However, they acknowledge this may be influenced by the people they follow — many of whom Vesurai knows through activism on campus.

While Northwestern’s political atmosphere closely resembles Twitter’s in terms of Democratic populations, there’s less resemblance when it comes to the Republican makeup. A report done by Pew Research Center shows while 67 percent of political Tweeters identify as Democrats and 28 percent identify as Republican. 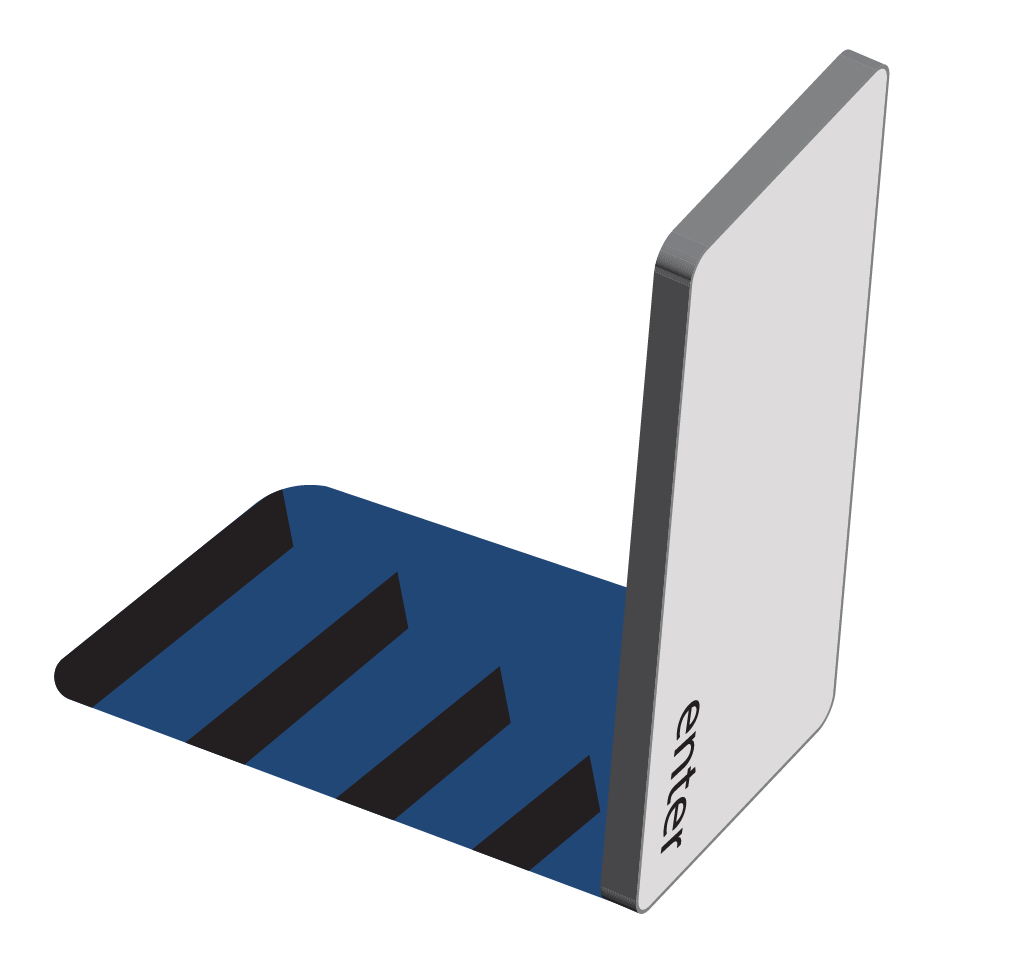 Part of the difference between Northwestern’s and Twitter’s political makeups could be explained by the age difference of users. While people ages 18 to 29 make up 30 percent of Twitter users in the U.S., they only generate 4 percent of tweets about national politics; most political tweets are generated by users older than 29 years. According to a separate report from the Pew Research Center, older generations have been more approving of President Donald Trump and younger generations were more approving of President Barack Obama.

As the 2020 presidential election approaches, some Twitter users have taken to the internet to voice their opinions on controversial actions. When Illinois held its in-person primary despite the ongoing pandemic, Vesurai shared a tweet on March 17 condemning the decision as “voter suppression.”

According to Vesurai and Gonring, the COVID-19 pandemic has not only resulted in politically active students more strongly advocating their messages, but also in previously apolitical students engaging more actively with political content. This is also true of experts, who Northwestern political science assistant professor Sarah Bouchat (@sarahbouchat) says have engaged in more focused and continuous commentary on Twitter during the pandemic.

“I think that previously, perhaps [political scientists, economists and data scientists] would have been posting once or twice a day or a few times a week with a little bit of side commentary,” Bouchat says. “Now it feels like the conversation is an incredibly dynamic and ongoing one.”

Vesurai says they are currently involved with activism to support graduate students and campus workers at Northwestern. While the pandemic has created uncertainty for these groups, it has also allowed them to recruit users who weren’t as vocal in their beliefs beforehand.

“Grads as workers are in a really precarious situation because of the pandemic, along with other undergraduates,” Vesurai says. “Before the pandemic, I did not see that much activity either in real life or on Twitter. But I think the pandemic has provided an opportunity for people to mobilize other people and to form bonds that way.”

In fact, groups at Northwestern have been promoting virtual events advocating for graduate students, such as a virtual town hall on May 28 hosted by @gradcoalitionNU and a May 1 virtual sit-in rally hosted by @NorthwesternGW.

Gonring and Vesurai have retweeted posts advocating for incarcerated people during COVID-19, sharing images that urge Twitter users to donate to commissary funds or voice their support for decarceration.

Some students — like Svirnovskiy, who currently serves as a web editor for The Daily Northwestern — engage with political content without advocating for one side or another. Svirnovskiy says the vast majority of the content he engages with on Twitter is political, but because he is a journalist he generally doesn’t tweet, retweet or like any posts that criticize government officials.

“I think if you looked at my Twitter right now, you'd find just straight facts, and really no opinions one way or another,” Svirnovskiy says.

Vesurai believes Twitter is popular among Northwestern student activists partially because of the anonymity it provides. This contributes to the “online disinhibition effect,” a phenomenon outlined in a 2009 study that causes people to act out online in ways they might not normally in real life.

Gonring says Twitter’s popularity among student activists is in part because their families are less likely to be on Twitter than other platforms, as well as the ability to use “quote tweeting,” using the “retweet with comment” feature, to publicly humiliate those with whom you disagree.

“I feel like that adds a level of shadiness when you’re like, ‘Oh, I’m not gonna reply. I want my [timeline] to see me knock this person down, so I’m gonna quote-tweet it,’” Gonring says.

Despite the presence of political content on other platforms like TikTok, Vesurai believes Twitter is here to stay. They say many users will be unwilling to film and edit a video on TikTok, preferring the relative ease of writing 280 characters or less.

You could try as hard as you can with Twitter to , but, especially with text, there’s just so many different ways to something.

“I think that because it's very easy for people to create and produce on Twitter, [it] will remain as a political social media platform,” Vesurai says.

“Twitter is not the space for nuance at all. I think to actually understand what people are trying to say, nuance is so important because everything has it, especially political issues,” Gonring says. “You could try as hard as you can with Twitter to get your point across, but, especially with text, there’s just so many different ways to interpret something.”

Ultimately, Gonring hopes organizers and activists will find stronger ways to connect outside of social media.

“People were organizing [since] the abolition of slavery, since Native Americans were fighting back against their land getting taken,” she says. “From then until social media, people were communicating en masse just fine, so there's a way to do it. I just think we need to reteach ourselves to not rely on social media.”