The Thursday before Fall Quarter began, Griffin Minster, a Weinberg second-year who hadn’t even attended his first in-person class at Northwestern, was getting ready to go to an off-campus showing for his housing next year.

Minster and his friends had only talked vaguely about living together during the summer, but when a post about available rental houses popped up on the Facebook group “Housing @ Northwestern,” he sprang into action.

“It was a great lead, and we didn’t really want to lose it,” he says. 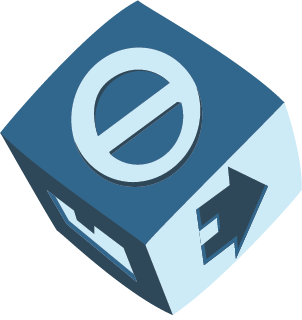 Minster texted the landlord in the post inquiring about available units, and in a couple of days, he and his friends gave the landlord a list of the houses they wanted to see. They quickly set up viewings for two or three days later, but upon arriving at the first house, they were shocked to learn that of the approximately six houses they were interested in, only two were still available.

“Apparently in the past 72 hours of when we talked, they had signed eight leases,” Minster says. “Things were just flying away.”

The search for rental housing has never been simple or stress-free, but in college towns like Evanston, it’s exacerbated by the pressure to sign a lease anywhere from six months to a year before moving in. As early as October, students are scrambling to find available off-campus housing for the following school year as popular and affordable units begin to fill up. In such a competitive market, these relatively inexperienced student renters often have little choice but to sign or re-sign a lease as far as a year in advance — or risk losing their spot to someone else.

Every year, roughly 1,500 undergraduate students are on the hunt for off-campus housing in Evanston, according to Northwestern Residential Services. Most of them are sophomores about to be freed from Northwestern’s two-year on- campus residency requirement. For them and other upperclassmen, living off-campus is an appealing alternative to the dorms: there are private bathrooms, no dining plan, the freedom of having one’s own place and often a cheaper price tag. 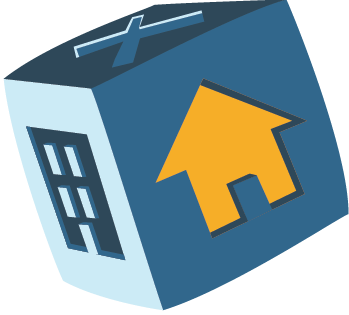 There isn’t a clear explanation as to why Northwestern students start scouting for housing so early. Most of the pressure seems to come through word of mouth. Minster says he heard somewhere that it’s a good idea to sign a lease in the fall, or at least by winter break.

Signing a lease more than six months in advance may seem early in the housing industry, but it’s a common occurrence in college towns, says JasemenHatcher, the housing, counseling and education director at Open Communities, an organization that fights for fair housing in north suburban Chicago. Since the pandemic, Hatcher has noticed that, in Evanston, the time between signing a lease and moving in has only gotten longer, and it’s caused a lot of students to look outside of Evanston for housing options.

It’s a stressful timeline, says Communications second-year Julia Sexton. She and her friends started looking at off-campus housing options in early October, but as they continue to browse rental listing sites, she says many listings are already disappearing and “there’s not really space for dilly-dallying.” This year, less than a month after classes began at Northwestern, Evanston landlords and real estate offices are already dealing with swaths of students searching for next year’s housing.

“We’re getting anywhere from two to 10 inquiries a day for next year already,” Tara Hutting said in early October. Hutting, the property manager at Evanston Place, a popular luxury apartment complex located less than five minutes from South Campus, says there has been a considerable increase in students looking for housing. “Usually, last year and the years before, we don’t start getting inquiries until after the holidays,” she says. “We’re kind of surprised.”

Evanston landlord Dylan Grigg says that he has also been busy with inquiries from prospective tenants, but he’s used to starting the process in October or even earlier. Grigg and his real estate partners have already signed leases with students — including Minster and his roommates — as early as September. 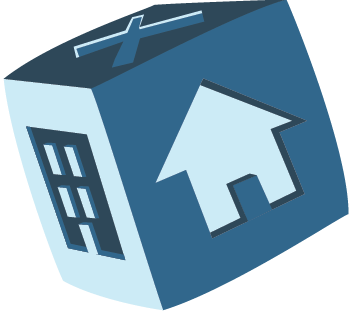 “It’s a normal year [for us], where students start thinking about where they’re going to live about a year or so in advance,” Grigg says.

"We don't start getting inquiries until after the holidays. We're kind of surprised."

Hatcher says that when a unit is available for rent is dependent on individual landlords and how early they want to lease out.

“For some landlords, [rentals are] an asset. It’s income, it’s their retirement money. So when they’re forecasting a year out and having you sign an actual lease, oftentimes it’s because they want to make sure they can depend on the income,” she says. “It’s not great because a lot of life happens within a year, but it’s not unheard of.”

As Minster and his friends toured the only two houses remaining on his list, he knew that they were facing a much bigger time crunch than they had expected. It wasn’t like these two houses were their only options, Minster says, but they still felt a sense of urgency — especially after the landlord encouraged them to sign as soon as possible.

“If it didn’t work out, it would have been okay, but it would just have been another whole round of work that was way more up in the air,” Minster says.

They settled on one house that they all preferred, says Minster, but they were less sure about how fast they wanted to proceed. Feeling stressed, they picked up the phone and called the landlord to talk things through.

At some point in the conversation, the five of them looked at each other and knew: they didn’t want to risk losing the house. The landlord responded with five leases ready for them to sign — and they did. It had only been four hours since they first saw the house.

By mid-October, the management offices of some apartment buildings near campus, including the Link and The Carlson Building, slipped their tenants notices about re-signing their leases. One notice from Bchchurch, the leasing company of the Carlson Building, dated Oct. 12, 2021, read, “We realize this seems early to be asking about your plans for next year, but it is a competitive market, and we have had many calls from perspective [sic] tenants who are going to be attending Northwestern next year and are looking to secure their housing now. As such, we would like to know if you plan on renewing your lease for next year.”

The students who received the notice had just moved in on September 1st.

But it wasn’t only the leasing companies of large student apartments that began pressuring residents to re-sign. Téa Baum, a SESP third-year who lives in a house a block from the Foster train station, says she was blindsided by her re-sign notice. On the night of Oct. 8, she received a text from her landlord that there was a group of sophomores who were ready to lease her unit. Baum and her roommates were given until the next morning to decide if they wanted to re-sign — a window of less than 10 hours.

It was a difficult choice for Baum because she loves her house and wanted to live there again, but one of her two roommates won’t be in Evanston next year.

“We were like, there’s no way we’re going to find a third person by tomorrow morning,” Baum says. “It doesn’t make sense to sign a lease when we don’t know that yet, so we had to let it go.”

Medill third-year Julia MacCary also gave up her apartment after receiving a re-sign notice, but her choice was much easier. In September, MacCary and her roommates moved into a “dirty” apartment at The Link, a luxury student apartment in downtown Evanston.

“There were beer pong balls on the floor, nail clipping in the sink, trash everywhere, hair everywhere, nothing was cleaned,” MacCary says, “[My roommate] arrived to a disgusting apartment, and The Link was not helpful about it. There was a lot of fighting going on.”

Even after The Link sent someone to clean the unit, the apartment was still dirty, she says. She had to scrub frozen food out of the freezer.

Communication with the management at The Link has also been difficult for her and her roommates, MacCary says.

“In general it’s been impossible to reach them, and when I talk to them, they have not been very nice to me,” she says. “It’s been such a frustrating experience.”

So when MacCary got the notice to re-sign and a 10-day deadline to respond, she made her choice immediately.

“Absolutely not,” she says, “In what world would I want to live here again?”

"Those four hours were definitely stressful. We just weren't expecting it to move this fast."

Landlords are more likely to pressure tenants to re-sign quickly and far in advance if they believe that the tenant is not aware of their rights, or has very few options should the landlord put the rental back up on the market, says Hatcher. Students, who are often inexperienced renters, tend to fall perfectly into this group. But students shouldn’t just take the pressure, she says. There are housing mediators who can intervene on behalf of both the tenants and landlords to ask for negotiation. This recourse is in the landlords’ interest as well, Hatcher says, because in six months, depending on the tenant-landlord relationship, their desire for a renewal could change.

“The ability to negotiate is typically on the table,” Hatcher says. “Know your rights first and determine if [re-signing] is the best fit for you.”

But as long as the city doesn’t take action and there’s a market for landlords, Hatcher says, one can expect to continue to see units being rented out and re-sign notices sent to tenants a year, or even earlier, in advance.

“Those four hours were definitely stressful,” Minster recalls. “We just weren’t expecting it to move this fast.”

Minster doesn’t have any regrets right now, since he says not having to worry about where he’s going to live is a load off his shoulders. Still, he thinks it’s “kind of crazy” that his housing is set before he even began his second year. He says the portrayal of the housing market as competitive could have been a marketing tactic to pressure young, inexperienced renters to sign the lease, but ultimately, he trusted his landlord.

“Honestly, I did believe him that it was so crazy. One of my friends actually signed with the same landlord earlier that day, and it was one of the properties we were going to tour,” Minster says. “Because of that, I thought that they were actually telling the truth.”