The summer before his senior year of high school, Medill third-year Jude Cramer attempted drag for the first time, using makeup that he’d stolen from his mom.

Cramer’s interest in the art form increased from there — but only in secret. To complete his looks, he started stashing away wigs from his high school’s costume shop and poaching dresses from his sister’s closet. In the privacy of his childhood bedroom, Cramer’s drag persona began to take shape.

After almost two years of practicing his craft, Cramer finally gathered the courage to start an Instagram account for his drag persona: Karma ‘ZaBitch. Since then, ‘ZaBitch says she has become somewhat of a microcelebrity as one of Northwestern’s drag performers.

Drag is an art form that typically involves the use of makeup and clothing to embody a heightened version of femininity or masculinity. However, the performance of drag doesn’t have a singular definition, and it can be interpreted differently depending on the artist.

During Fall Quarter of his first year, Communication fourth-year Gus Moody saw an open call for a drag show. The event was a fundraiser hosted by The Dolphin Show, a nonprofit theatre organization on campus. It was accepting performers of any experience level, so Moody, who had never done drag before, signed up. He spent two months contemplating what to do for his debut appearance before deciding to lip sync to Katy Perry’s “I Kissed a Girl.”

In drag, Moody is Filet Mignon. He says Mignon's performances are “an outward expression of the craziest, most elaborate dirty jokes that anyone could ever think of.”

Unlike Moody, Communication third-year Xanthe Brown started doing drag with no intention of performing it.

“I did drag on my own through high school, just in my room doing makeup looks,” Brown says. “I never really thought I would share it. But then my dad got COVID, and I had to quarantine at home for two weeks last winter. One night, I was like, ‘Fuck it, I’ve always wanted to do this. I don’t know if my family’s gonna die; I don’t know if I’m gonna die. I might as well start.’” 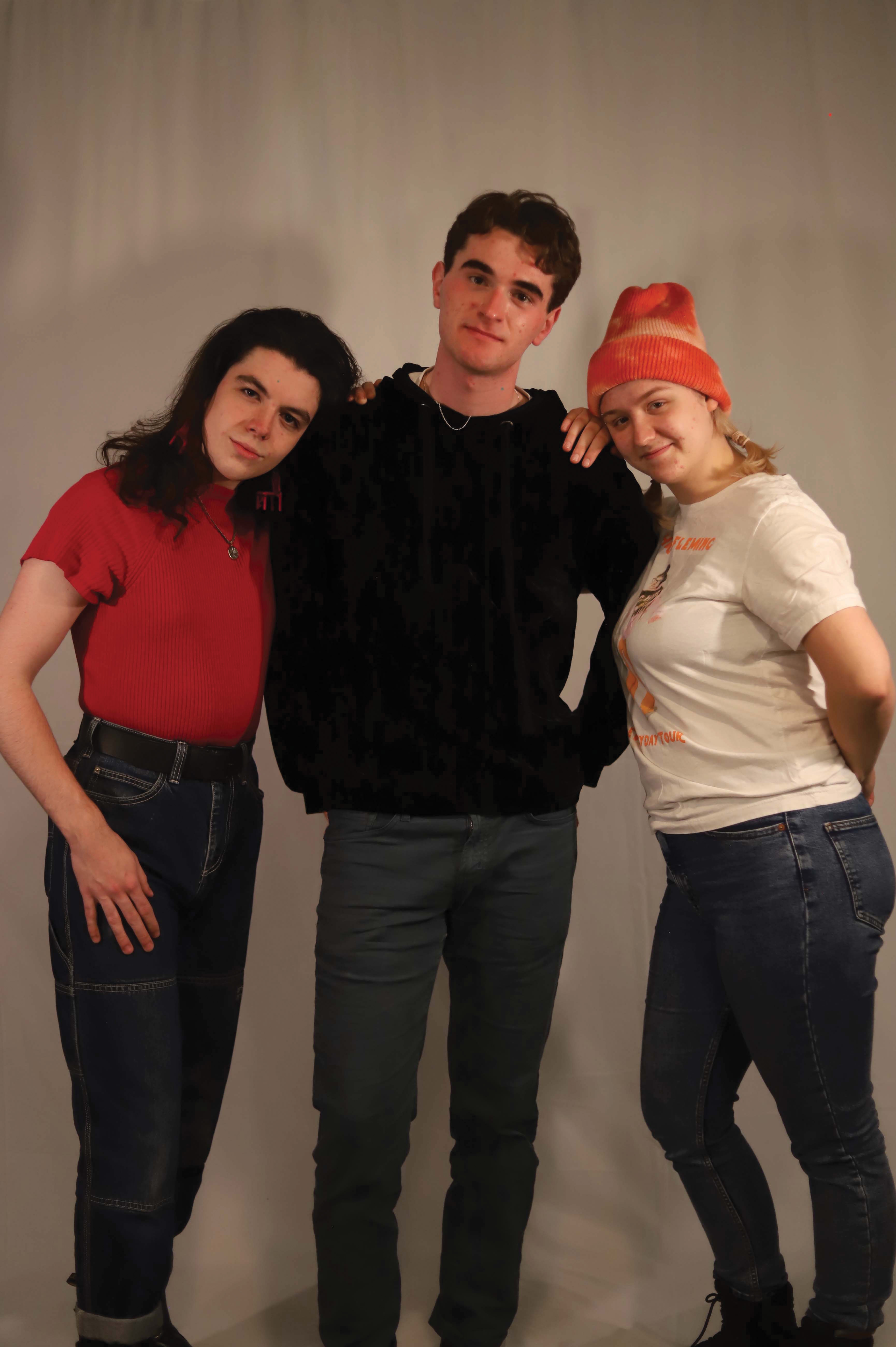 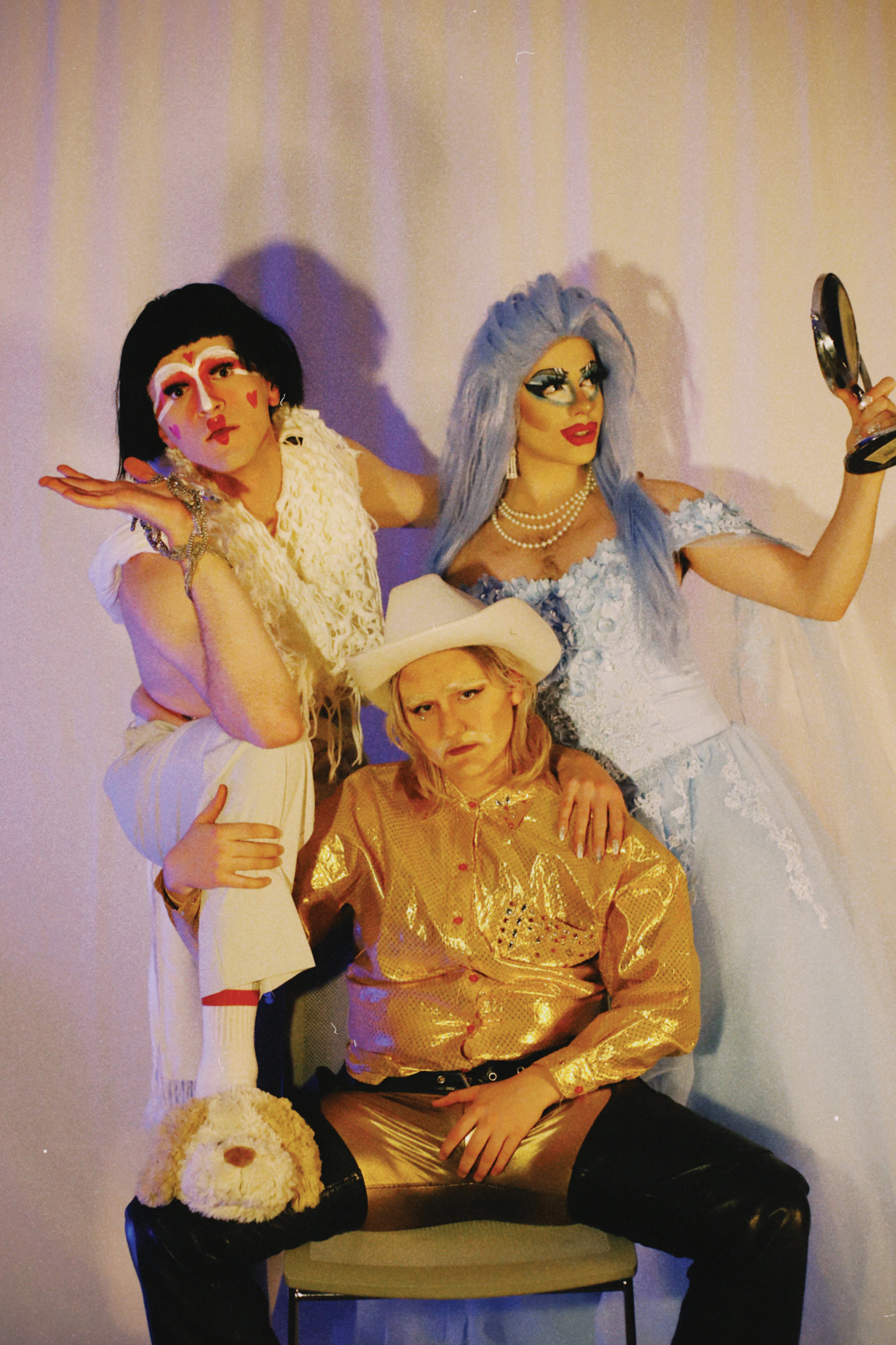 Brown says the three Northwestern performers have been referred to by peers as “the unholy trinity."

Brown’s drag persona, Even Steven, sources most of his wardrobe from Brown’s parents’ '80s rock cover band “The Brat Pack.”

“Occasionally, if I need inspiration, I'll go into the garage and just start opening boxes and be like, ‘Mom, do you need this next weekend?’ And she'll be like, ‘No, you can take it,’” Brown says. “That’s where 50% of my wardrobe comes from. My assless chaps are from there.”

Even Steven, Filet Mignon and Karma ‘ZaBitch have performed together several times in the past — most notably this fall at A&O Productions’ drag show speaker event, which also featured RuPaul’s Drag Race alumnae Alyssa Edwards and Shea Couleé.

The three Northwestern performers have been referred to by peers as “the unholy trinity,” Brown says.

NBN joined Cramer, Moody and Brown at a pre-photoshoot makeup session to discuss their experiences as drag performers. The following interview has been edited and condensed for clarity.

NBN: How did you choose your drag name?

Jude Cramer: I've actually kept a note on my phone since high school of any time that someone says something and I think, “That’s a drag name!” That has hundreds of names on it.

Gus Moody: There was never anything else but Filet. I don’t know where Filet Mignon came from honestly. But I thought of that in high school and decided it would be my name in college when I started doing drag. I think it suits my drag perfectly.

Xanthe Brown: It was in the kind of frantic liberation [after my dad got COVID] that I chose my name. I didn’t really think about it that hard. The name was always a barrier to me, too, where I was like, “I have to find the perfect name.” I think I just chose Even Steven because it wasn’t that complicated, because I feel like I’m not that complicated. Steven’s kind of this even guy. He’s normal, he’s fair. 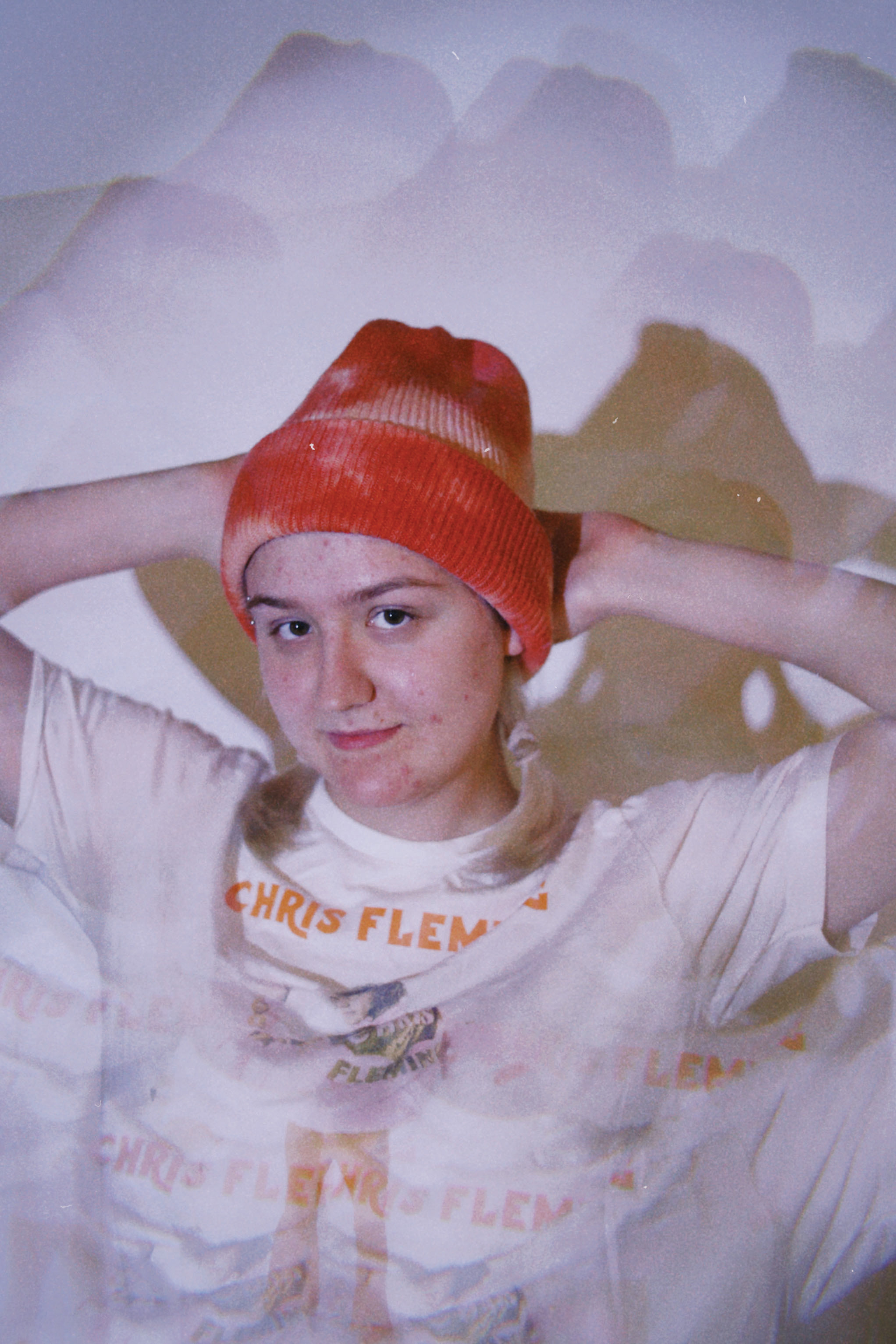 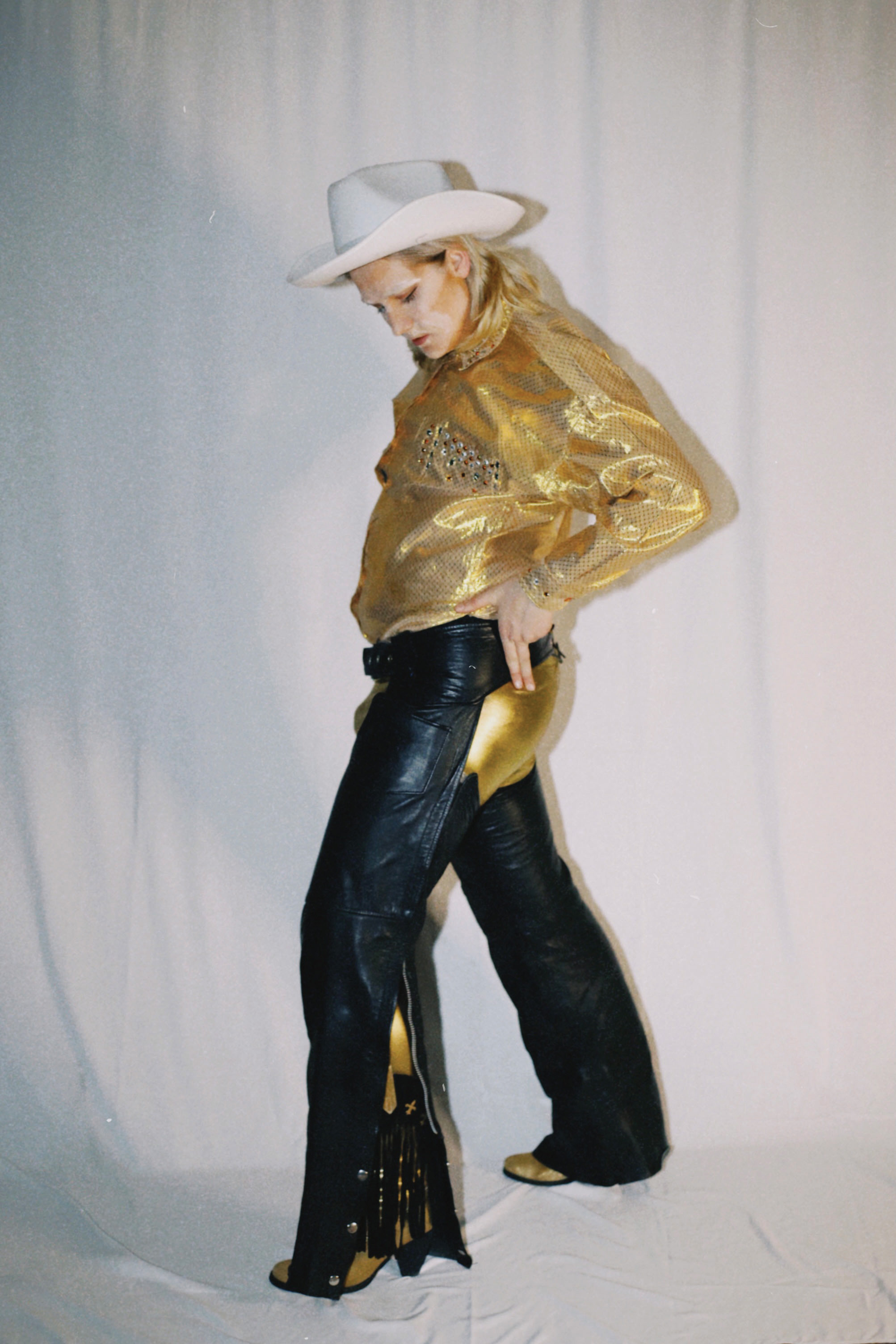 NBN: Why did you decide to try drag? What was it like when you were first getting started?

Cramer: I got into RuPaul’s Drag Race in high school. I was watching it, and I was like, “Damn, all the challenges — I could totally do that if I was wearing the makeup and the wig.” That kind of led to the discovery that the skills that it takes to be a drag queen are all things that are right in my wheelhouse, and it's an art form that speaks to me way more than any other. It’s like storytelling — dancing, sometimes singing, sometimes acting, sometimes comedy. I feel like storytelling is the most important part of being a drag queen.

Moody: When I started drag, I was trying to emulate womanhood, and I was really bad at it. I just hadn't realized what Filet was yet. It took me until sophomore year when I was like, “Oh my god, I suck at looking like a woman. I should not try to do that and do what I'm good at instead, which is just looking like a man with bad makeup and a wig, grinding on stage.”

Brown: I also got into it through [RuPaul’s Drag Race], [but] there’s never been a king on Drag Race. I was just kind of into it because of the way it made me feel. As I got more into it, I discovered drag kings. It's really such a small world — once you follow one drag king and follow their mutuals, you’ve followed all of them.

NBN: How would you describe your relationship with your drag persona?

Cramer: I'm not that different in and out of drag. I honestly think I'm a little nicer in drag. I have a lot of fun with Karma when I act crazy. I think of her as the teenage girl version of Joe from You. Like, she will kill somebody. But that's more the performance character. The behind-the-scenes version of Karma just wants to be friends with every single person that she sees.

Moody: I think that’s a really good way to put it. [Filet] is just sort of an extended version of myself.

Brown: I feel like my masculinity — Xanthe’s — has been so hidden because we’re back in person. And it was very, very much at the surface when we were online, because I just didn’t feel pressure to be any other way. But I feel like Steven is just allowing all of that to bubble up to the surface. I don't feel like Steven is me. Steven isn’t Xanthe. Steven is Steven, but we're really not that different. He's just a lot of the parts of myself that can't go anywhere else. 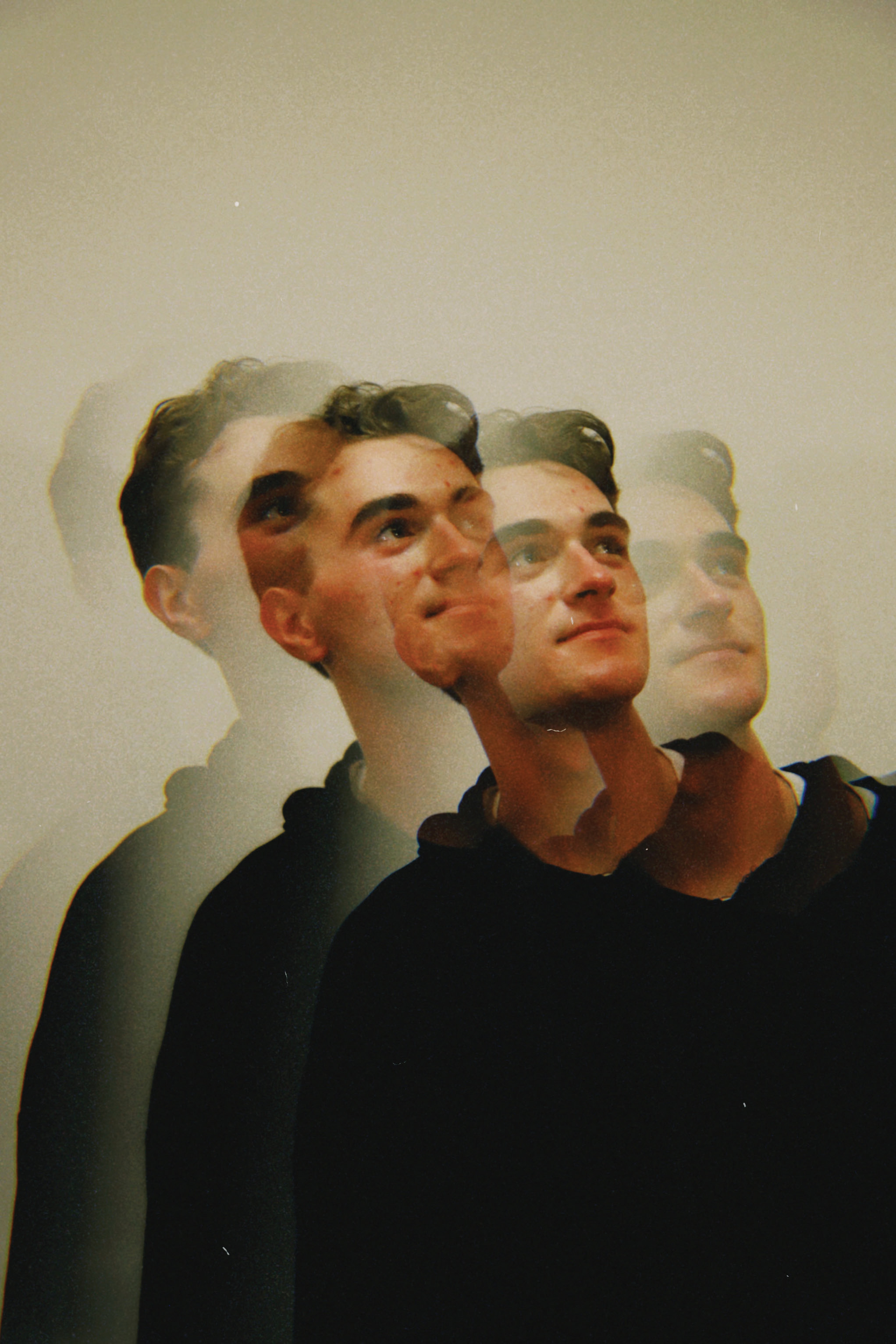 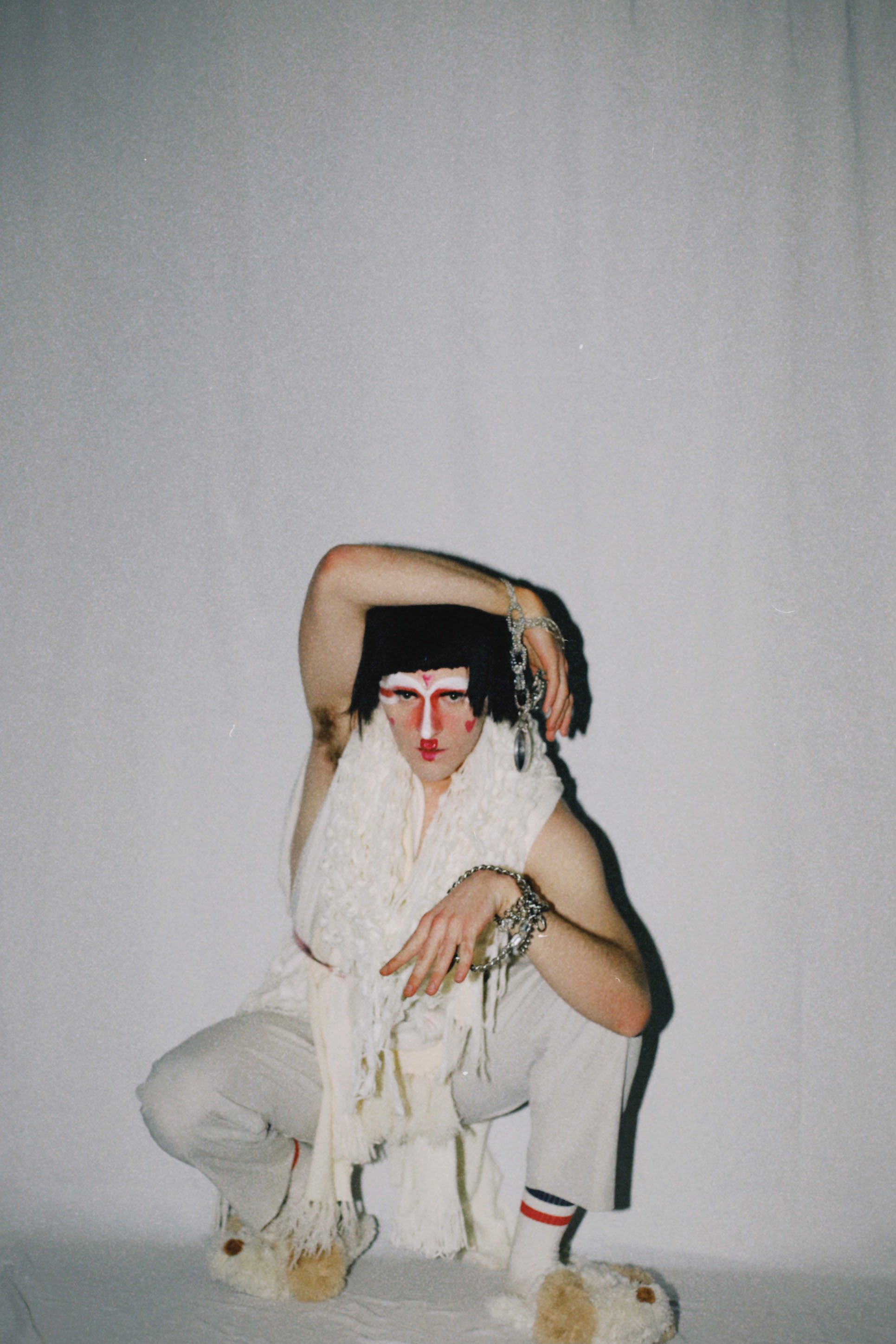 Since starting their drag journeys, the members of “the unholy trinity” have performed at a number of venues. A week before this Halloween, the three appeared together at “Meat Heist 3,” a drag show hosted by Filet Mignon and Betty Theft, a fellow drag queen and Northwestern alumna (Comm ‘21). In October 2021, ‘ZaBitch won fifth place in “Survivor,” a drag competition hosted by the popular gay bar Charlie’s Chicago.

NBN: What’s your favorite memory from a performance?

Even Steven: My favorite performance was definitely [at “Meat Heist 3”] to the song “still feel.” by Half Alive. It was that whole performance from start to finish. It was Halloween. I was in a great mood. I’d seen the music video for that song, and I was like, “This is gender envy!” The whole video, I loved it. The concept was that I was a zombie that was coming back to life. So I was like, “I can take this song that I love and make it relevant for Halloween, which I love, and I can do spooky makeup, which is also a thing that I love — and I’ll spit blood everywhere.” I think I came off the stage and literally collapsed in the stairs just from pure exhaustion. And then I had to get back up and go out and get all the tips. I mean, that was amazing. I hope I can do something like that again.

Filet Mignon: Mine was also at that show. I did my bolognese baby number, which is, like, the best thing I've ever done in my opinion. I performed to “E.T.” by Katy Perry, and then towards the end of the song I was impregnated by an alien. Then I gave birth to a baby, tore its head off and inside the baby, I had hidden a bag of bolognese sauce, which I proceeded to pour down my throat as if I was eating my baby. It was just, like, the pinnacle of Filet. It was so much fun. I had a blast. I've never had an audience reaction like that. That is what drag is for me and will always be. It was one of the best nights of my life.

Karma ‘ZaBitch: As far as my most affirming drag experience, it was definitely sometime during “Survivor;” either doing [a] lip sync for the win, or winning [a challenge]. I mean, obviously that's affirming because this is a competition judged by drag queens. 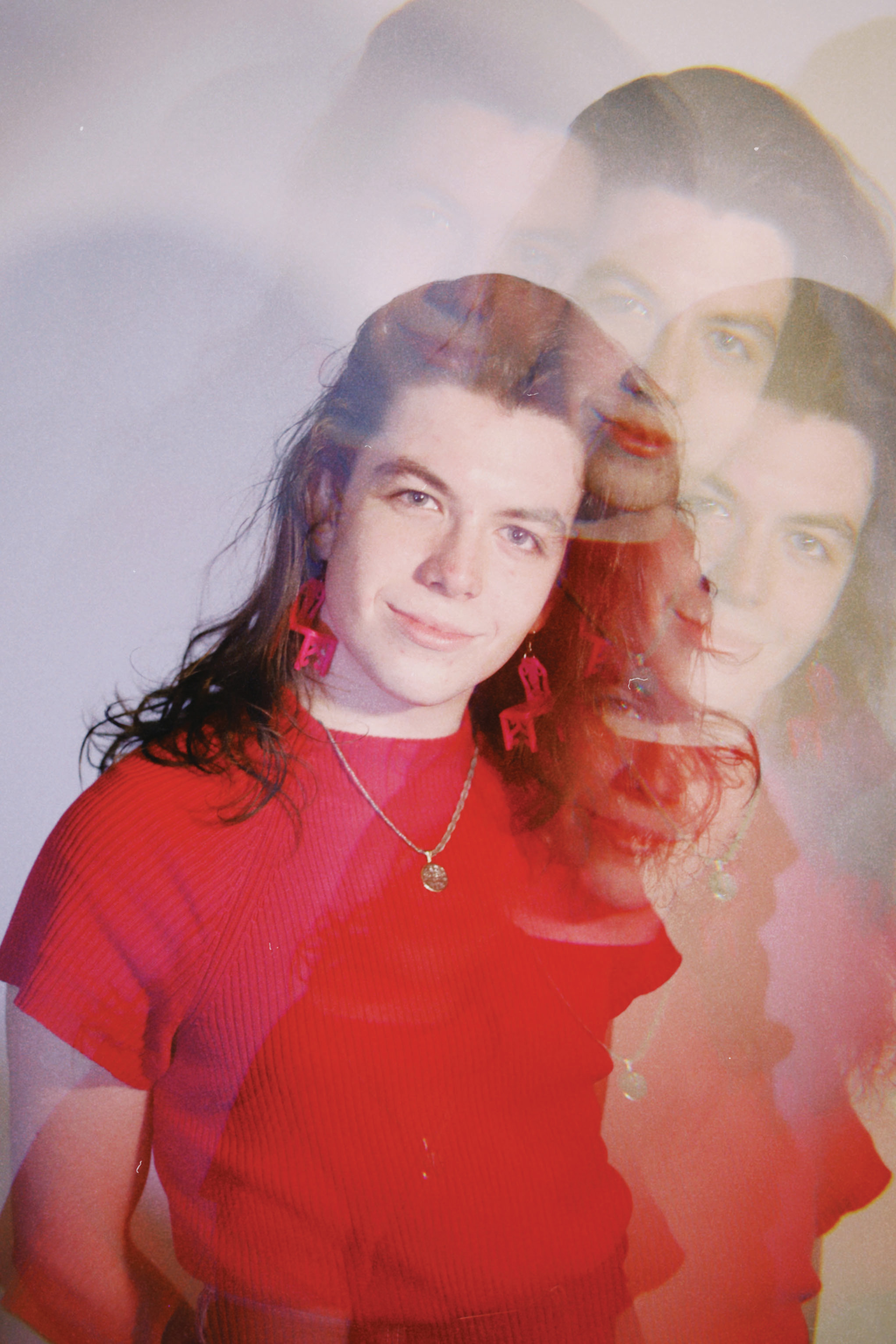 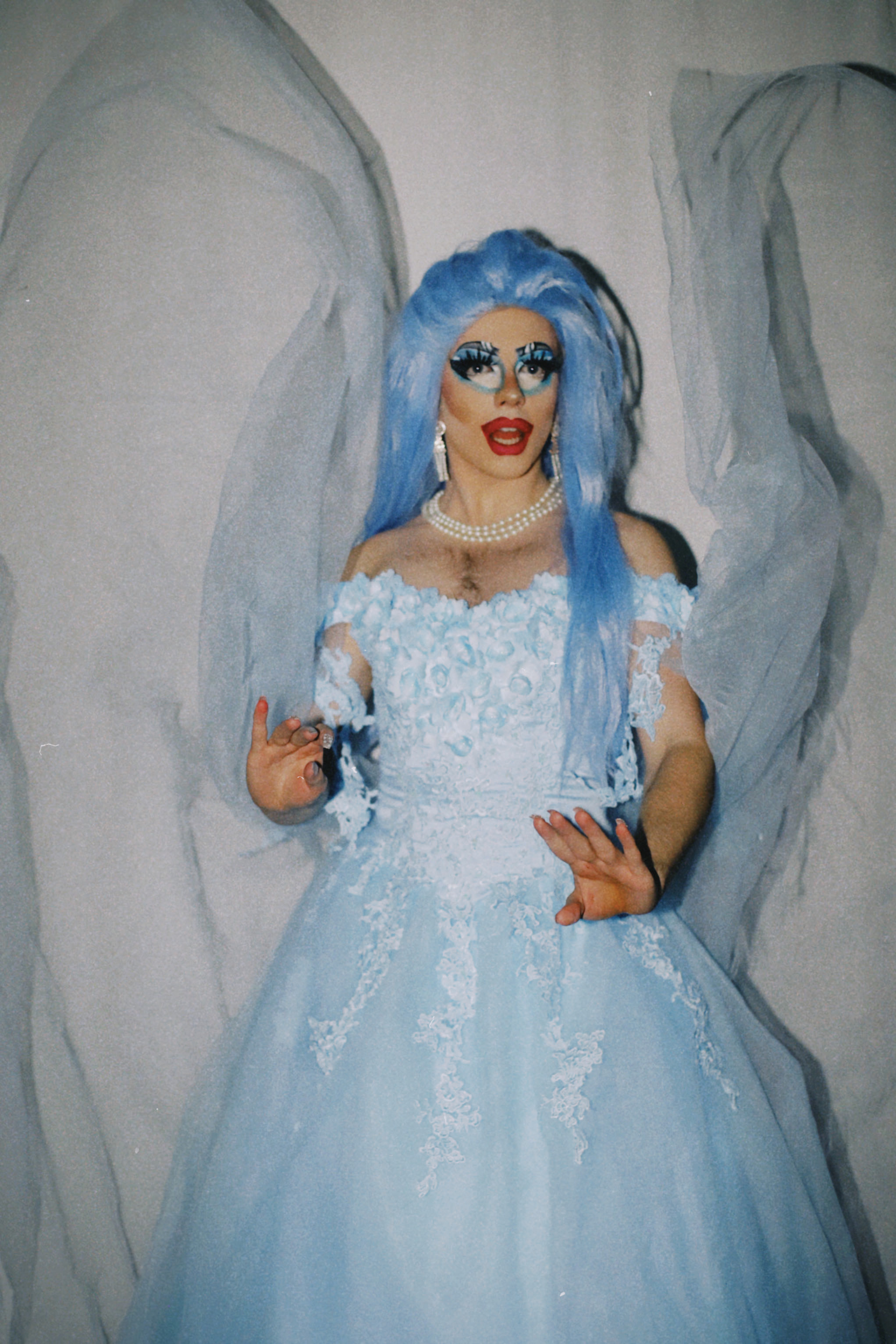 NBN: When do you feel the sexiest in drag?

Mignon: I think that my drag sex appeal comes from my male sex appeal. As I said, I don't try to look like a woman, so a lot of my drag reveals end up with me shirtless wearing body tape that spells out words. Filet loves a body tape moment. I do it for myself. It’s very self-centered, self-absorbed. I just want to look hot on stage.

Steven: I think it's when I start sculpting my body. When I bind, it gives me this appearance of having a buff chest or having pecs, which is super fun for me. Even packing is really fun. I just think when it all comes together, and I have men's shoes on and a flat chest and all that stuff, I look at myself in the mirror and I feel really attractive.

‘ZaBitch: I first feel pretty when I put my lashes on, which also happens to be the last step of my makeup. I feel kind of crazy until they’re on, and then all of a sudden I can’t stop looking in the mirror. Sexiest is when I’m in full drag in an outfit that makes my body look right. When I am wearing something more revealing, like a bodysuit or a little romper, where I have hips and I’m cinched in, I feel like, “Bitch, I’m a bombshell!” 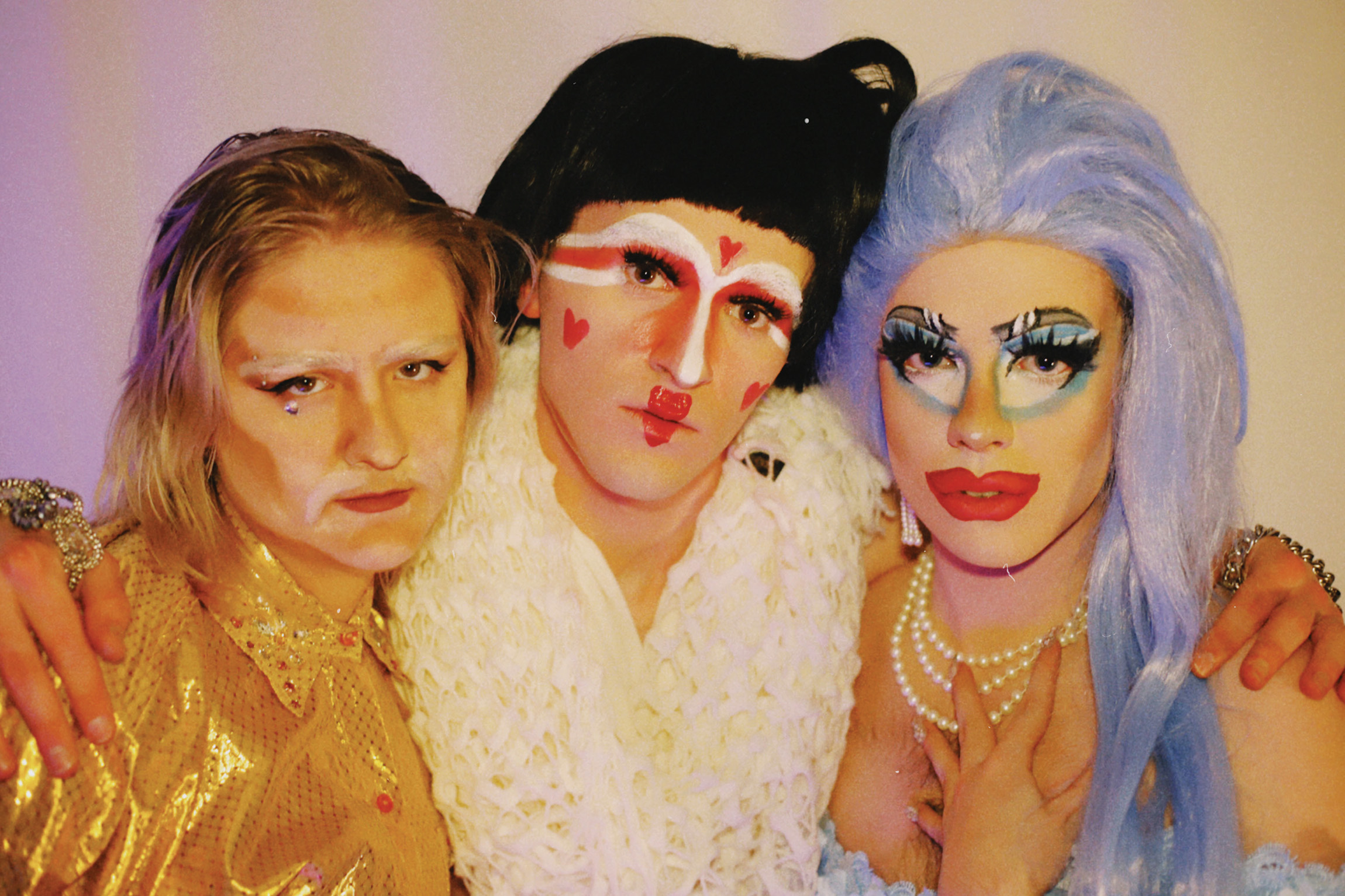