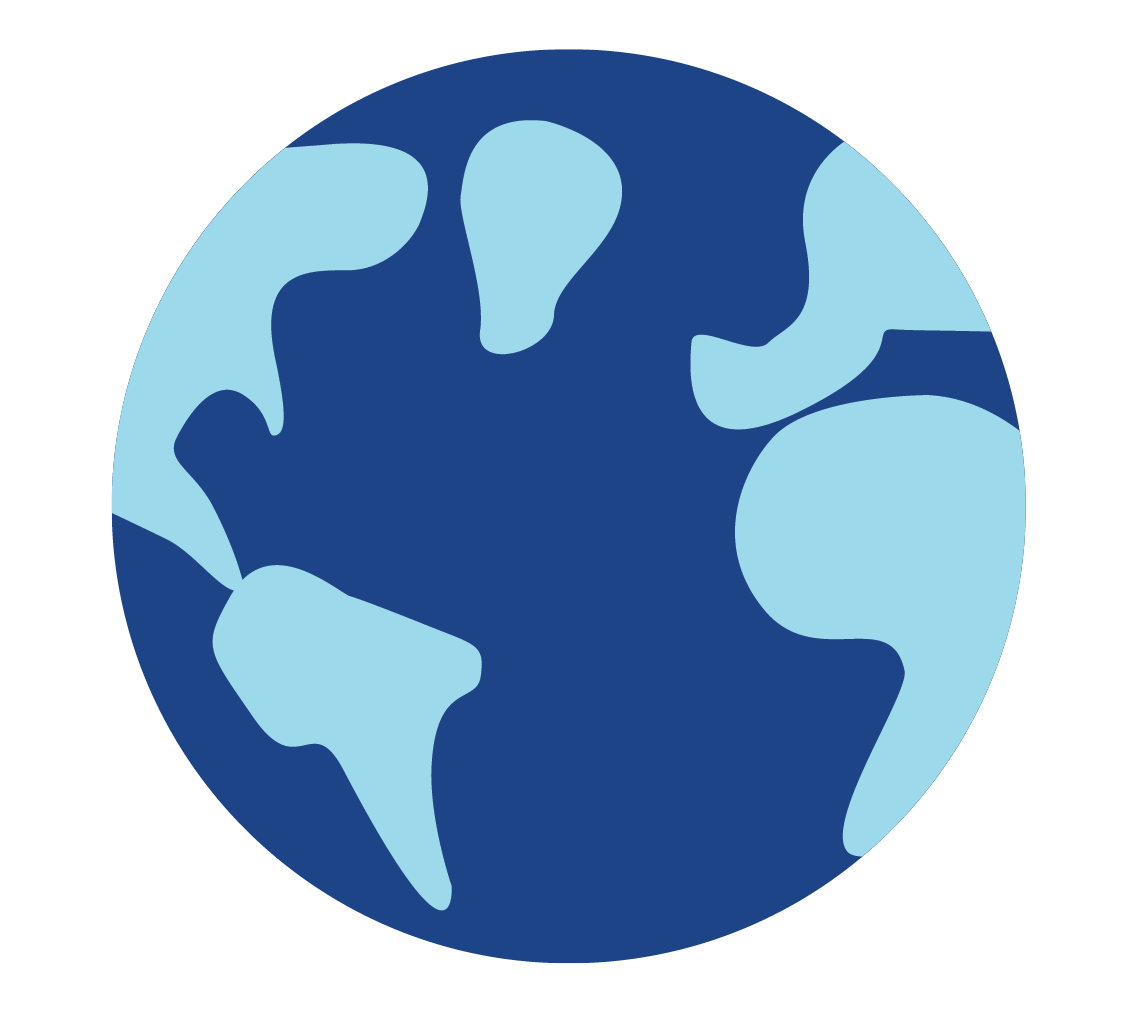 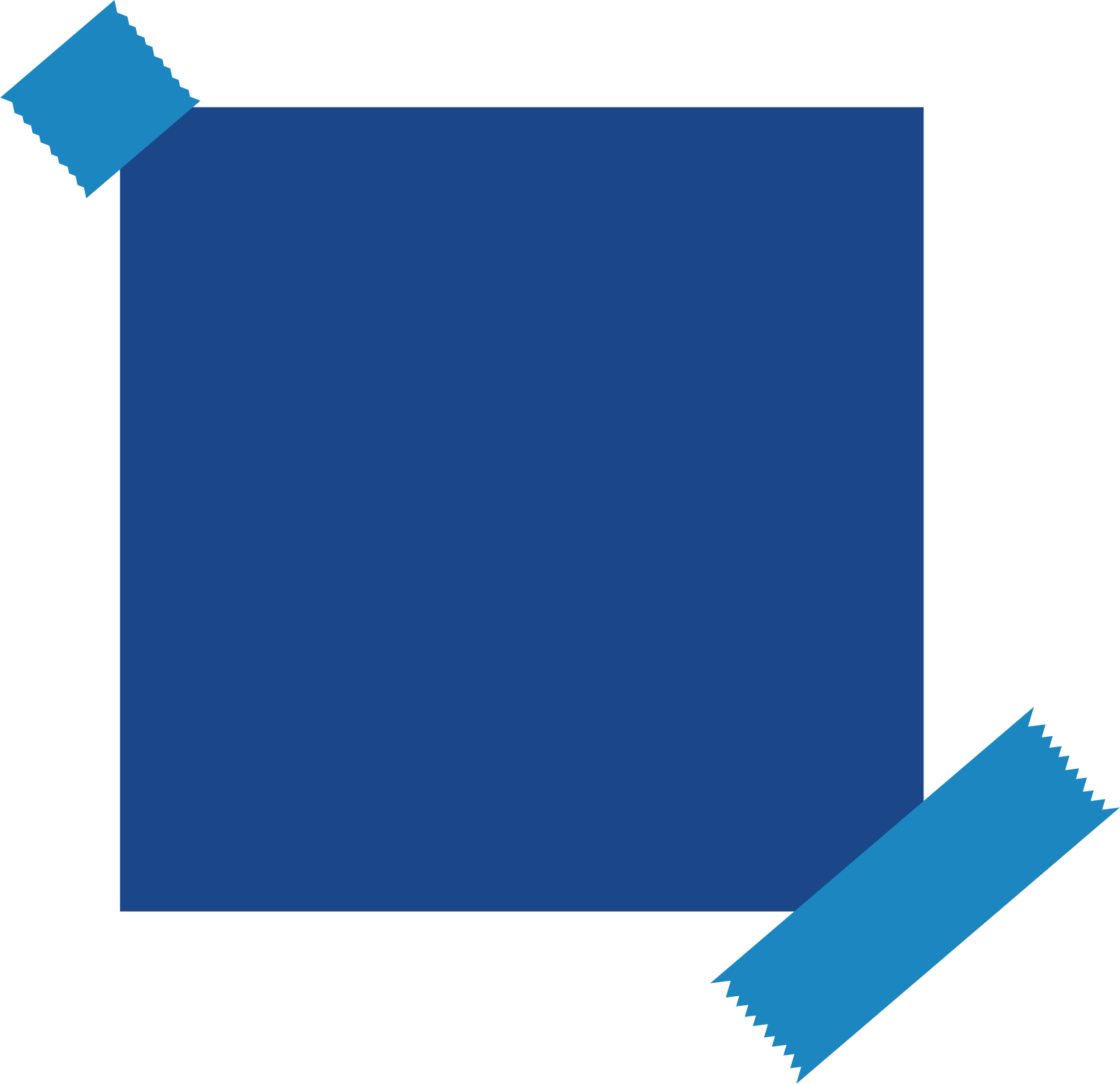 A stipend covering living, traveling, internship and research expenses related to an independent summer experience. Assistant Director of Employer Relations at Northwestern Career Advancement Center Eleni Vartelas said the program was created to support students in all disciplines from a career development standpoint.

Provides funding for first-year students up until the summer after their second year for arts, humanities, journalism and social sciences research. Peter Civetta said the program provides 15 months of funding for a reason.

Provides fourth-years with faculty mentorship on a yearlong project and a senior humanities seminar. The program brings an interdisciplinary approach to humanities research. Weinberg senior Sydney Matrisciano chose to do the Franke fellowship over the traditional senior thesis. Her project demonstrates how the national parks system impacts indigenous mineral paint through landscape painting.

Preference: Seniors in lieu or alongside of their senior thesis in humanities projects.

Students spend eight weeks during the summer working on a research project with a faculty mentor, concluding with a symposium where they present their research. Weinberg senior Chayda Harding completed Posner in 2019 and appreciated how the program provided structure for her research.

Preference: Rising Weinberg sophomores in pursuit of humanities, social science, natural science, or mathematics research who are first-generation and/or attended secondary schools with limited AP offerings. Some rising juniors may be considered.

Students choose an intensive language program around the globe that is equivalent to a full year of college-level language instruction.

Directed at providing funding for students not yet ready to complete independent research projects either during the summer or academic years. Academic Year Undergraduate Research Grant provides up to $1000 of funding for a quarter of research in any academic topic, and the Summer Undergraduate Research Grant provides a $3500 stipend to cover living expenses for eight weeks of research.

Preference: URGs are given to nearly 325 students per year.

The call Weinberg fourth-year Mackenzie Gentz received last January from the Chicago Chapter of the Circumnavigators Club was a long time coming for the linguistics, German and oboe performance triple major. After years of applying for grants and canceling multiple study abroad trips due to COVID-19, Gentz won an award with a unique agenda: to travel the globe.

The Circumnavigators Travel-Study Grant is one of Northwestern’s largest research funds. Winners receive $9,500 toward 10 weeks of travel to at least five countries and three continents while studying whatever subject they desire. Gentz plans on using her grant in summer 2022 to visit Peru, Portugal, Germany, the Czech Republic and Japan. Her research will follow students who speak English as a second language.

Gentz’s project proposal stood out among an application pool of 12 students, according to Northwestern University’s Office of Undergraduate Research (OUR) Director Peter Civetta. While Gentz’s opportunity is unique, she is certainly not the only Northwestern student receiving grants to conduct this kind of research. Northwestern advertises itself as a “leading research university,” and that research goes far beyond STEM-centered lab work. Students like Gentz are also given opportunities to explore their passions within the liberal arts field.

Applying Humanities: Support and funding that go beyond STEM

Peter Civetta is among those who work behind the scenes to help make Northwestern an elite research institution at the undergraduate level. In addition to providing support through advising and various workshops, Civetta created the Undergraduate Research Assistant Program at Northwestern. He was recruited by the University to increase participation in the humanities, social sciences and arts during the academic year and summer Undergraduate Research Programs (URG).

Civetta’s role is pivotal, as the URG board initially consisted mostly of STEM faculty members who were unfamiliar with projects in the arts, humanities and social sciences.

"For every big success I’ve had, there’s dozens of failures and dozens of hours of work. It’s hard not to let failure discourage you, but it shouldn’t."

“In theory, [URGs] funded artistic projects,” Civetta says. “Except they didn’t, because [board members] didn’t know how to evaluate them.”

Civetta worked to add URG board members from more University departments so that STEM professors wouldn’t be the only ones deciding whether or not a humanities research proposal received a grant.

Associate History Professor Keith Woodhouse is one of the URG faculty committee members who determines whether grants in the humanities, arts and sciences should be accepted. He is especially passionate about undergraduate research, as he was a faculty mentor for history students in the past.

Finding students who are passionate about arts, humanities and social sciences research is relatively easy, according to Civetta, but communicating the abundance of opportunities available for students is harder.

“Even though humanities research has a tremendous impact on our lives, a fair number of people don’t actually know a lot about it because it isn’t depicted in the news,” Undergraduate Research Workshops Coordinator Evangaline Su says.

Weinberg fourth-year Chayda Harding, who has conducted history research since the end of their first year, agrees that it’s easier to know what STEM research is and how to approach it.

“It’s a little less obvious what humanities students can do,” Harding says. “Even now as a senior, some of my friends that are history majors didn’t know they could do history research and didn’t know what it was.”

Weinberg third-year Daniel Seog, who studies the relationship between neuroscience and language, also feels that STEM research seems much easier to pursue. However, Seog is in a unique position. He is planning to incorporate music intervention research into his STEM work. His lab, run by Dr. Borna Bonakdarpour, specializes in neuroscience, but his principal investigator (PI)’s background in piano gives Seog an outlet to explore neuroscience research through a more artistic lens.

“My [PI] worked with Northwestern Memorial Hospital. … He would collaborate with musicians from the Chicago Symphony Orchestra [to conduct neuroscience research],” Seog says. “If things didn’t work out with the current PI I work for, I don’t know how successful I would have been in finding other professors that do similar research.”

The benefits of conducting unconventional research

Writing a grant proposal and receiving an award is only the beginning. While Gentz says applying for the Circumnavigator Grant was an ordeal, planning and accomplishing the task of conducting her research over 10 weeks is proving more difficult.

The Leopold Fellowship program exemplifies the latter by providing an hourly wage to students across campus looking to do archival history research for professors in the field, according to Assistant Director of the Nicholas D. Chabraja Center for Historical Studies Elzbieta Foeller-Pituch. 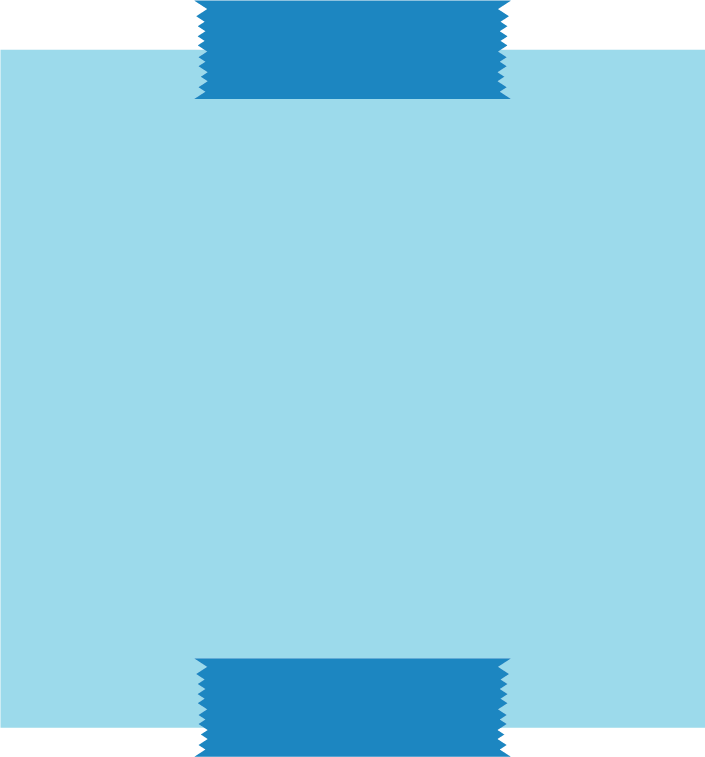 The fellowship is granted to roughly 20 students every year, but each researcher works with their own faculty member. Although faculty members decide what project their mentees work on, the program gives plenty of flexibility to its fellows. It allows students to conduct research for at least two quarters either during the academic year or during the summer.

Students can also extend their fellowship beyond two quarters. For the last three years, Professor of History and African American studies Leslie Harris has worked with current fellow Abigail Roston on her project surrounding the impact of climate change on the history of New Orleans since the 19th century.

“I thought it was incredible that [Harris] was engaging in autobiographical history while also being incredibly forward-looking with what happens with climate migration in coastal cities and climate refugees,” Roston says.

As a history and legal studies double major, Roston acquired skills from research in the Leopold Fellowship program applicable to future career opportunities. She believes her work with Harris could translate into future work as a legal research assistant or lawyer.

Other students are using their work domestically to gain knowledge and skills that are not taught in the classroom.

Medill fourth-year Cassidy Wang and her research partner examined the relationship between private equity purchases of distressed mortgages and foreclosure rates. This summer, their work won them the Fletcher Award, a $250 prize funded by the Fletcher Family Foundation for undergraduate researchers, in the social sciences and journalism category.

Wang, a journalism and legal studies double major, says an interdisciplinary approach to her work aided her success. While her previous experience working as a research assistant on a project for the American Bar Foundation helped prepare Wang for her solo research project now, she feels that journalism also added a valuable component to her work.

“Journalism teaches you how to frame ideas and make ideas accessible to the public,” Wang says. “And I think we are hoping to do that with this project … bridging all the different methods that we use and making that into a published piece.”

This end goal of accessibility and intentionality is ultimately how humanities, arts, and social sciences research can have a profound impact on society. For students looking to do a senior thesis and continue work post-collegiately, previous experience with academic writing and research is crucial.

According to Professor of History and Leopold Fellowship faculty mentor Henry Binford, while transferable skills do arise from aiding faculty members in their work, there’s an inherent benefit to students building their own projects.

“They are encountering and having to solve the kinds of problems that researchers like me always do,” Binford says. “I’ve had undergraduates who worked with me… when they were sophomores or juniors and then went on to apply those skills when they did their own senior thesis work afterward.”

"In theory, [URGs] funded artistic projects. Except they didn’t, because [board members] didn’t know how to evaluate them." 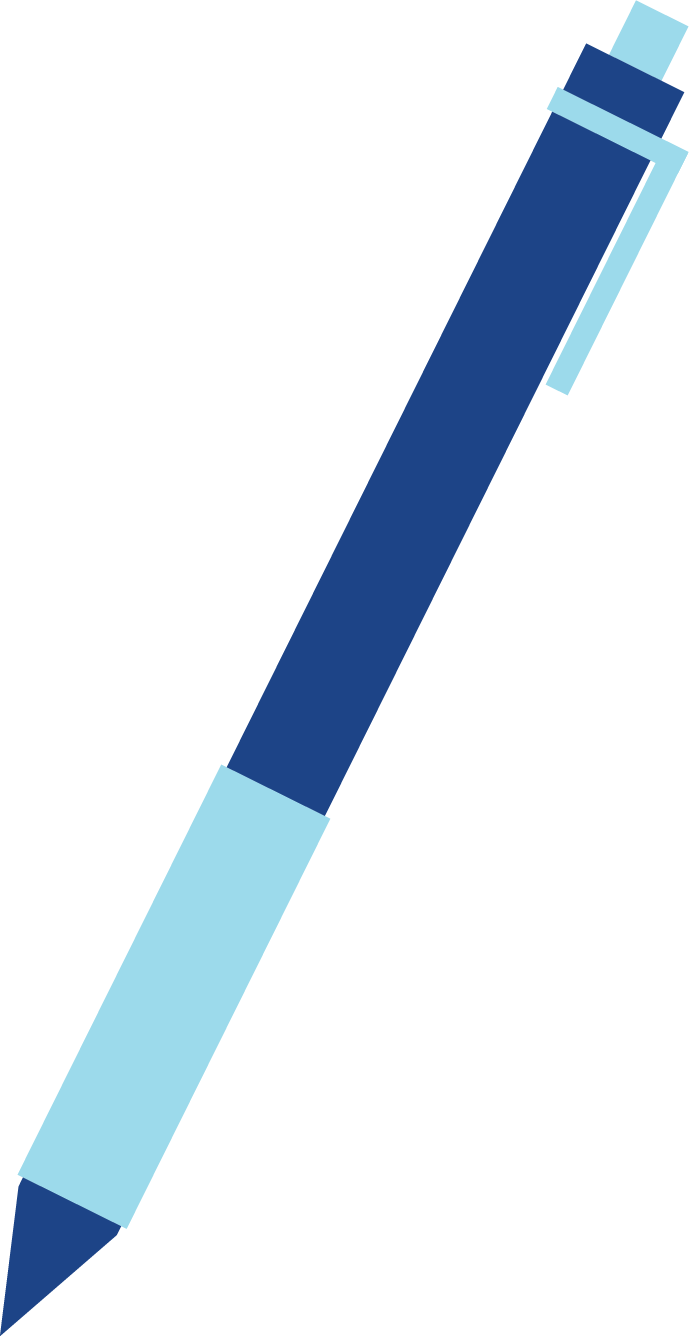 While Gentz’s success is a testament to her own academic and intellectual achievements, support from the Undergraduate Office of Research has shaped her experiences.

Gentz said Civetta was one of many instrumental advisors in helping her attain the Circumnavigator Grant. Still, Gentz has faced setbacks. Her first application for the Undergraduate Language Grant in 2019 was unsuccessful.

“For every big success I’ve had, there’s dozens of failures and dozens of hours of work,” Gentz says. “It’s hard not to let failure discourage you, but it shouldn’t.”