Sitting down with Sokolow

Deb Sokolow was 12 when she sat in a booth of a Washington, D.C., McDonald’s with her family, watching as a man carrying a briefcase entered the bathroom. Minutes later, a different man walked out with the briefcase while the first man exited empty-handed. Sokolow felt like she had just witnessed something important – a peek into society’s inner workings. She considers this moment her “genesis” as an artist, and it has inspired her work for years.

Sokolow is an associate professor of instruction and director of undergraduate studies for the Department of Art, Theory and Practice at Northwestern. She has worked at Northwestern since 2009 and teaches “Intro to Drawing,” among other classes related to her medium – all while continuing to pursue art of her own.

Sokolow’s work has been featured in galleries and museums across the world, including in the 4th Athens Biennale in Athens, Greece, the Hirshhorn Museum and Sculpture Garden in Washington, D.C., and locally at the Museum of Contemporary Art in Chicago. 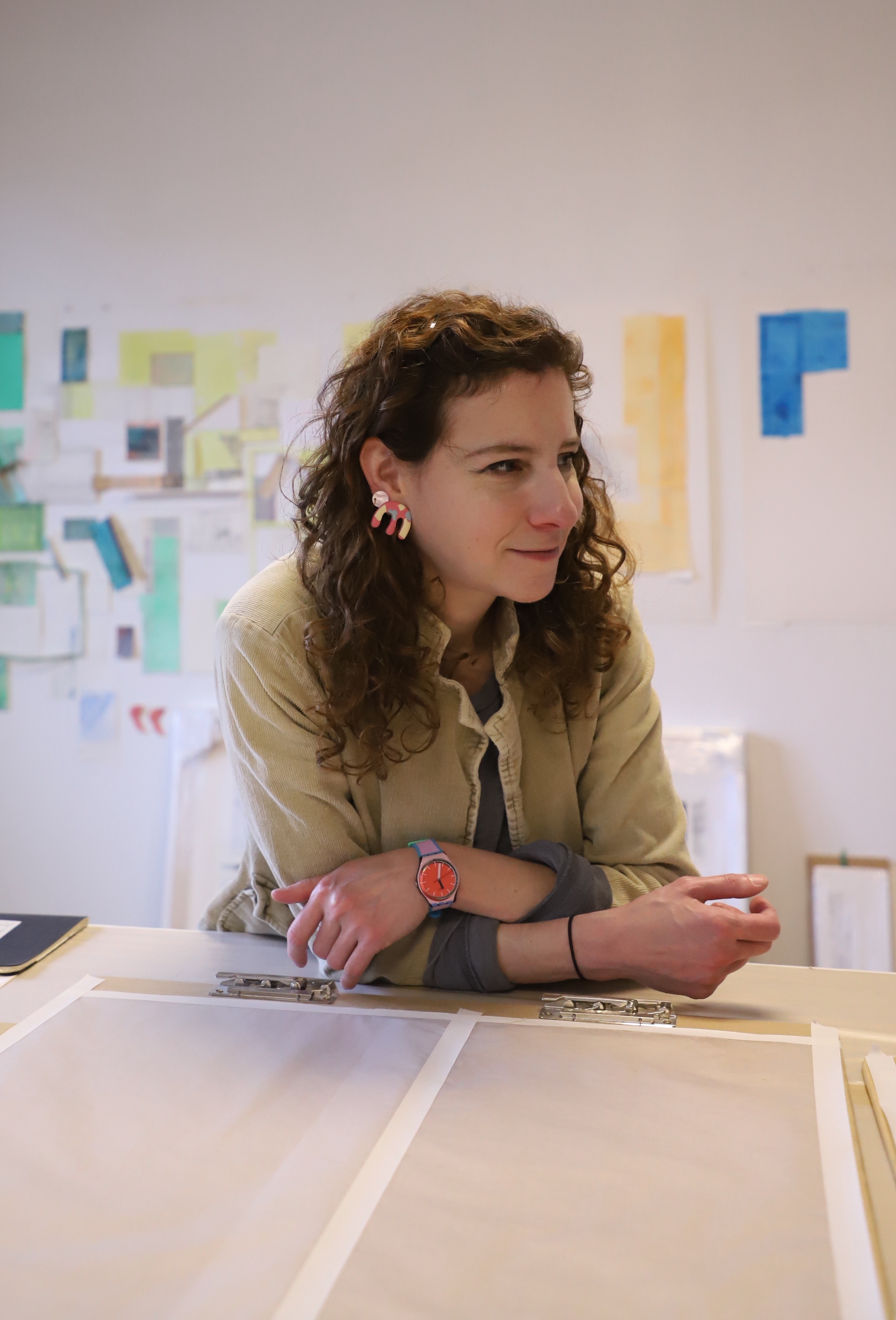 Deb Sokolow in her studio. (Photo by Eloise Apple)

Much of Sokolow’s art takes advantage of her witty sense of humor and balances a fine line between fiction and reality. Early in her career, she explored societal themes like politics and conspiracy theories. But in 2016, motivated by a feeling that her work was no longer “revelatory,” she shifted focus. Her fascination adapted to the implications of architecture, and she now uses her drawings to explore how spaces are engineered and manipulated.

Sokolow sat down with NBN to talk about her career and share advice on being a working artist.

The following interview has been edited and condensed for length and clarity.

Q: When did you decide to become a full-time artist, and what made you commit to that decision?

A: I knew I was always going to be an artist, period. Or I would just make art, whether I was an “artist” or not. I continued to have day jobs for a while, and I would make art at night on the weekends. I always had the rule for me that whatever space I move into post-undergrad, whatever apartment situation or shared apartment, there’s always got to be a studio space.

Q: What would you tell students who are wanting to pursue art?

A: I think it’s important to first off ask yourself, “Is this something that I would do regardless of however anyone else thinks of it?” If no one else cares about it, are you still going to do it? If you are, then you should definitely do it. If you’re doing something that’s creative, but somehow you’re only doing it to receive approval and because people like it, then maybe that’s not right. I think that it really comes from inside – whatever the impulse is to do it, not from outside approval. I view it as a life pursuit. I’m never gonna give this up. When I have dementia and I can’t remember what my story is, I’m still going to be doing it. I just hope someone knows to put the paper in front of me and a pencil.

Q: Is there any advice you’ve gotten that really helped you?

A: Show up. Especially when you’re new to a city or a field or you’re post-Northwestern, if you want to pursue something creative, you need to go to every single thing that is related to what you want to do. Because you need to know what’s going on and what other people are doing. It’s good to know if you’re making work that is a lot like someone else’s and to know what the context is for what you’re doing. But also, show up so that people start to remember who you are and so that you start to become part of a community. You cannot make work in a vacuum.