The Fab Four meets the Big 10 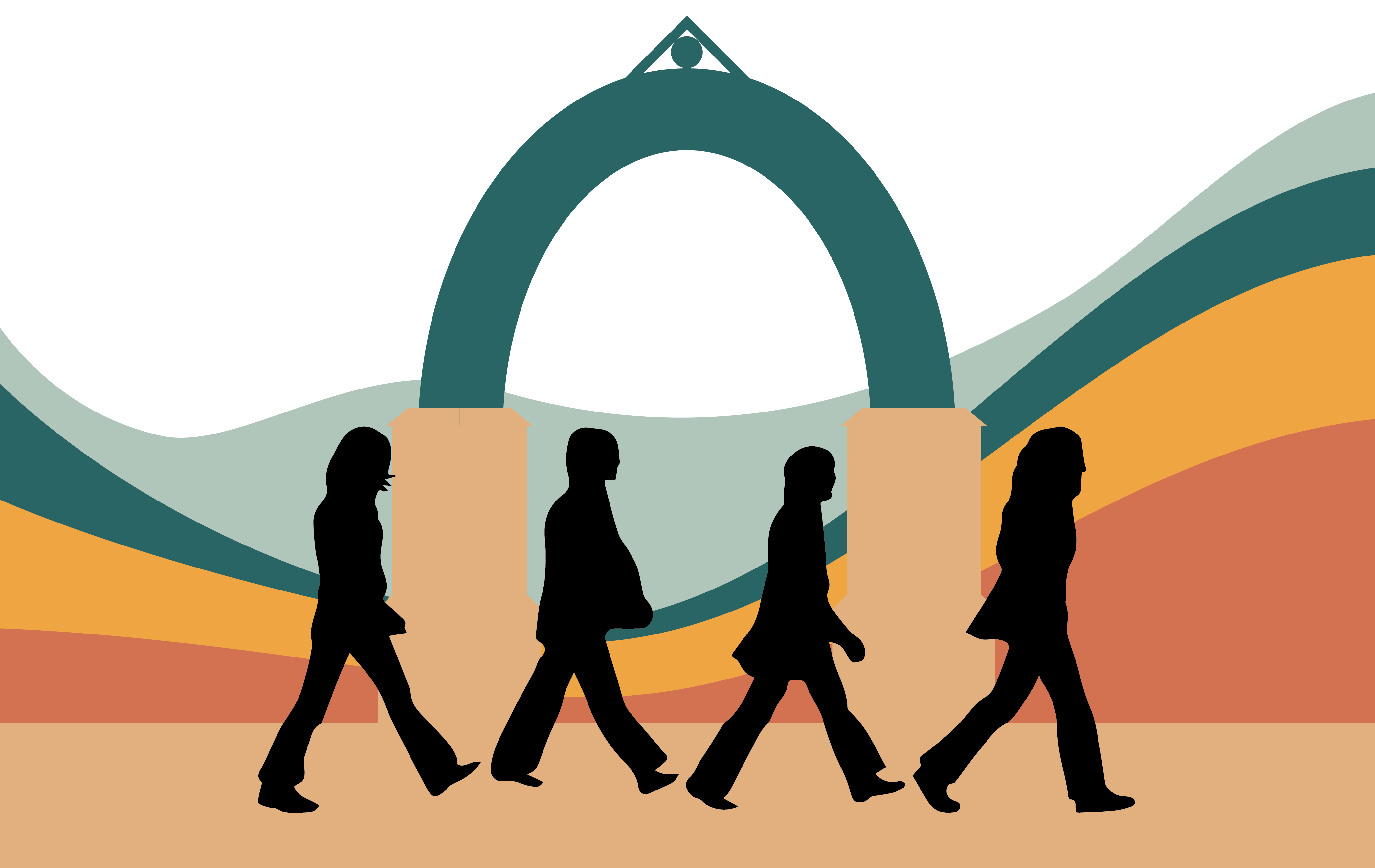 A comb through The Daily Northwestern archives for mentions of the word “Beatles” between 1960 and 1970 reveals snapshots of pop culture history surrounding the best selling band of all time. While fan club advertisements and album reviews show appreciation for The Fab Four, some articles about the group reveal a surprising sentiment: disdain.

It's obvious that the Beatles are nothing but a bunch of perverts. Just look at their hair. Yes, and the Rolling Stones and all of those singers; they're all weirdos. They get up in front of an audience and bang away on their guitars and yell and scream and carry on — they all need psychiatrists.

The Beatles are one of the most lauded groups in music history and academia. They are number one on Rolling Stone's “100 Greatest Artists” list, and their record of 20 chart-topping hits has yet to be surpassed. Some universities offer entire master's degree programs based solely on the band's work.

At Northwestern, the group is the topic of the occasional course in the Bienen School of Music. But the University has another, more tangible connection to The Beatles — some of their hand-written lyrics are stored in the Deering Library archival collection. The only other library in the world with original Beatles manuscripts is the national library of The United Kingdom.

Yet in the 1960s, many Americans — including some at Northwestern — saw the British imports as nothing more than a reckless fad. A June 1965 article from The Daily Northwestern promoting an upcoming concert reads, “There are four faculty concerts indoors. The first program will be 'Music of the British Isles,'' which will not feature the Beatles, since selections are fortunately only from the sixteenth through eighteenth centuries.”

John Lyons, author of Joy and Fear: The Beatles, Chicago and the 1960s, explains that during The Beatles' early years, most of their fan base was younger than college age, usually between 9-17. Their fans were also overwhelmingly female. This helps explain the disinterest apparent in The Daily Northwestern during the first half of the ‘60s, as every article published about The Beatles at the time was written by a man.

“20-year-old male students thought that The Beatles were basically a silly girl group,” Lyons says. “And so therefore they ignored them.”

But the negative press at Northwestern paled in comparison to overall attitudes toward The Beatles in the United States. In 1964, the group appeared on The Ed Sullivan Show, their first performance for an American audience. Their haircuts, head-bobbing, hip-shaking and high-pitched “oohs” were obscene to many national and Chicagoland viewers. As The Beatles prepared for their first major tour of the U.S. in the summer of 1964, much of the Midwest was not ready for their flair.

“For the next 50 days an epidemic of Beatlemania will scourge this continent,” a Chicago Sun-Times article warned.

Of the U.S.'s three largest cities, Chicago was perhaps the most conservative, Lyons explains. New York City had a growing art scene, and Los Angeles had its laid-back culture and Hollywood. But Chicago barely had a recording industry, and hippies and “long-hairs” were often jumped. Lyons uses the term “cultural traditionalism” to refer to these Midwestern values: Chicagoans believed in the nuclear family structure, gender roles, patriotism and religion. The Beatles seemed to represent the opposite of everything cultural traditionalists believed.

“We probably seem anti-religious because of the fact that none of us believe in God,” Paul McCartney said in a February 1965 interview with Playboy, confirming the band's indifference toward religion.

The next year, John Lennon would begin a media firestorm by saying The Beatles were “more popular than Jesus.”

According to Lyons, as catalysts of the progressive counterculture movement, The Beatles refused to play to segregated audiences, experimented with drugs and opposed the Vietnam War. As The Beatles became more politically active, the Midwest grew increasingly hostile towards them. Although the counterculture movement among liberals and college students was growing, the country was actually becoming more conservative as a whole, and anti-war movements were a growing danger to the cultural traditionalism of the time.

The Beatles' politics had a profound impact on their success in the Midwest. While their two 1965 concerts in Chicago drew a combined total of over 60,000 people, their last two Chicago shows in August 1966 drew only a combined 26,000. According to Lyons, the promoter of the shows even gave out tickets for free, fearing a smaller-than-average crowd size.

Though The Beatles' popularity declined in the second half of the '60s, the counterculture movement was expanding, and students were becoming more politically active on college campuses. Northwestern students began engaging in protests and peace movements like the Black Student Sit-In at the Northwestern Bursar's Office in May 1968. Meanwhile, The Beatles were expressing support for the Civil Rights Movement, including incorporating their beliefs into songs like “Blackbird.” As The Beatles created a new socially conscious sound, their music found a more positive reception with Northwestern students.

A May 1968 article in The Daily Northwestern promoted the annual “Festival of Arts” in Cahn Auditorium, which included “African music, a Japanese koto and a dance to side two of the Beatles album 'Sgt. Pepper's Lonely Hearts Club Band.’”

Following the release of their self-titled album, better known as “The White Album,” a December 1968 Daily Northwestern review praised both their sound and social commentary.

“It is close to perfect,” Bob Greene (Medill '69) wrote in the review. “Nothing misses.”

By the late '60s, The Beatles had become more open about experimenting with drugs, such as marijuana and LSD. They also studied meditation in India with the Maharishi Mahesh Yogi, a guru known for developing transcendental meditation. These experiences influenced their music, which became more experimental.

“Their art has changed as they have,” Greene wrote. “It was almost five years ago that they haltingly appeared on The Ed Sullivan Show singing 'All My Loving.’”

Finally, The Beatles had made their way into the Northwestern community's favor. But it was not the last mark the group would leave on the University.

Today, seven pages of what look like disorganized notes, scratched out phrases and meaningless doodles hang on an unassuming wall of a study room in Deering Library. The display is one of Northwestern's hidden treasures: original manuscripts of lyrics for seven songs by John Lennon and Paul McCartney, the most successful songwriting duo of all time. According to Gregory MacAyeal, curator of the Northwestern music library, these pages together are estimated to be worth $10-15 million.

Some students are familiar with the Deering exhibit, but MacAyeal says the captivating story behind it is lesser known.

Before Japanese artist Yoko Ono married John Lennon in 1969, she collaborated with John Cage, a legendary American composer who strove to push Western music's boundaries with his experimental compositions. At the time, Cage was working on his book Notations, in which he collected original manuscripts from artists of different mediums, including The Beatles.

From what can be ascertained, the seven manuscripts in Deering Library — which include “Yellow Submarine” and “Eleanor Rigby” — were passed from Lennon and McCartney to Ono, to Cage. Then, after completing his Notations project, Cage donated all of his findings to Northwestern's music library.

Now, a plethora of artifacts from Cage's collection of 19th- and 20th-century music from Notations is housed in the archives of Deering Library. While the original priceless pages containing the seven Beatles songs are kept somewhere safe in the archives, reproductions can be seen in room 208 of the library, symbolizing the first time in music history where the lines between pop and the avant-garde were blurred.

Beatles biographers and historians disagree on how Cage acquired these lyrics from Ono and how Ono acquired them from The Beatles. The mystery of these lyrics' path to Deering Library remains to this day.

According to MacAyeal, even Paul McCartney doesn't completely remember how John Cage obtained the lyrics. A few years ago, before the publication of McCartney's 2021 biographical book, Paul McCartney, The Lyrics: 1956 to the Present, MacAyeal received an unexpected phone call from McCartney's publishing company. A representative informed him that the company was looking for background on how the lyrics landed in Cage's possession.

“When things happen, you don't really know how ephemeral that transaction is going to be,” MacAyeal says. “That was probably the case for Yoko Ono and John Cage and The Beatles at the time. Who could predict this amazing decades-long legacy that they've had?”

Take A Drink From His Special Cup

In Beatles lore, it is often cited that Bob Dylan was the person who first introduced the group to marijuana, spurring a new era of creativity for the four songsters. But a lesser-known catalyst for their drug experimentation was actually Northwestern graduate John Riley. 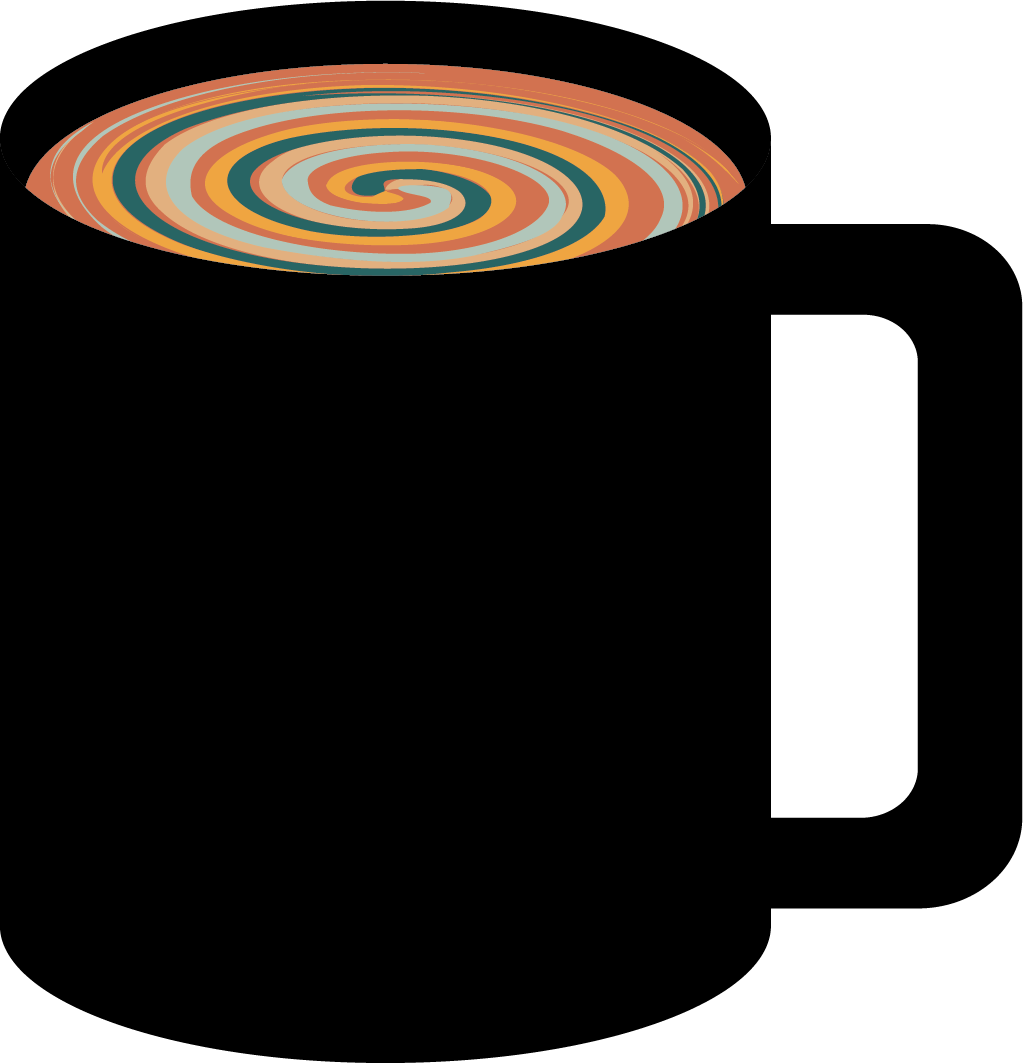 According to music writer Steve Turner, in April 1965, John Lennon and George Harrison, along with their wives, Cynthis Lennon and Pattie Boyd, visited their personal dentist in London for a small dinner party. Their dentist, John Riley, a Londoner and graduate of Northwestern University Dental School in Chicago, welcomed the stars into his home and offered them dinner and coffee. After the meal, when Lennon and Harrison stood up to leave, Riley insisted that they could not, as they were about to be tripping on LSD. Without their knowledge or consent, John Riley had spiked all four of his guests’ coffee with psychedelics.

The incident is said to have inspired The Beatles' song “Doctor Robert.”

You're a new and better man

He helps you to understand

He does everything he can, Doctor Robert

If you're down he'll pick you up, Doctor Robert

Take a drink from his special cup, Doctor Robert

Although Lennon and Harrison were initially furious, they quickly became regular users of the hallucinogen, often finding songwriting inspiration from their acid trips. Ringo Starr and McCartney soon followed suit. The genesis of psychedelic music is often credited to The Beatles experimenting with the substance.

All because of a Northwestern dentist.

Maybe LSD really is in our DNA.