Where credit is due

In mid-November 2021, for the first time in nearly two years, Refresh Dance Crew, Fusion Dance Company and Boomshaka performed live in Cahn Auditorium for their Fall Quarter show, ReFusionShaka. Before the lights dimmed for their sold-out 10 p.m. performance, five executive board members from the three groups walked to center stage. They faced a crowd of approximately 1,000 students, alumni and parents, to the sound of deafening applause.

“Before we begin the show, we would like to give a few disclaimers and reminders,” Fusion co-Artistic Director Matt You said as the noise quieted. “We recognize that we are a predominantly non-Black exec board and would like to acknowledge that the music, choreography and drumming in this show stems directly from Black culture.”

The statement emphasized that their performance would not be possible without the contributions of Black artists and communities to pop culture “under immense oppression, discrimination and violence.” Collectively, the dance groups committed to further educating themselves and continuing to acknowledge the Black community’s influence on their art. 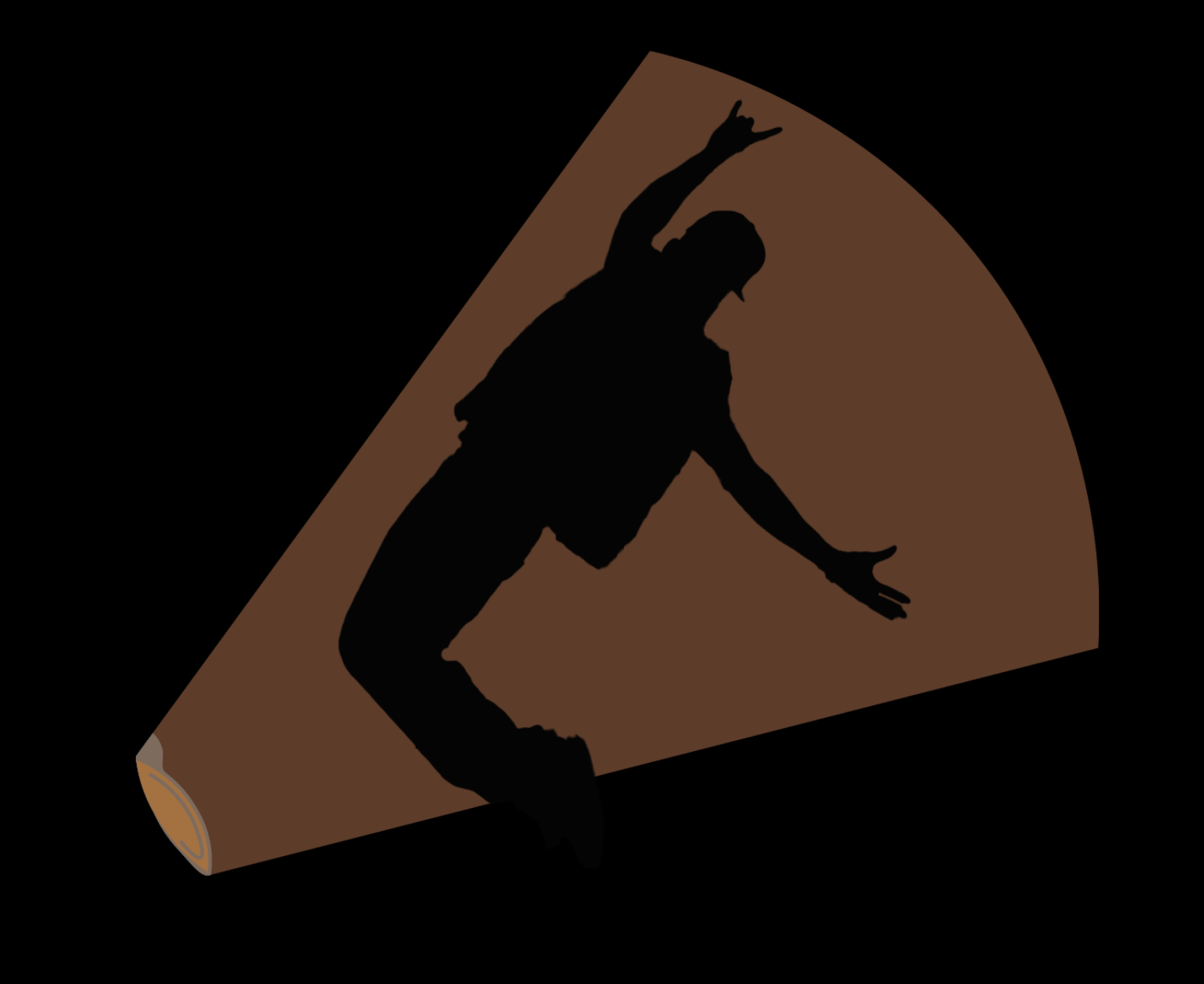 As a direct result of the Black Lives Matter protests in the summer of 2020, the national dance community took a hard look at the lack of recognition for the influence of Black culture on dance. For Northwestern’s predominantly Asian-led dance groups, Refresh and Fusion, the focus on listening to their Black members and crediting Black creatives became especially prominent as they prepared for their performance last fall.

The groups discussed initiatives to better center Black voices in their dancing and spoke about the Asian American co-opting of hip-hop elements, a style originating in the Black community. They also discussed implementing dance education in their practices, as well as providing Black members with a space where they are welcomed and heard.

Refresh executive board members attended nationwide Zoom meetings held by professional dancers like Los Angeles choreographer and dance educator Danyel Moulton to learn how to provide Black team members with a safe and comfortable environment. They also sent board members to a virtual dialogue held by dance competition Prelude NorCal, which explored the gentrification and commodification of hip-hop while discussing anti-racist practices in the dance community.

Weinberg fourth-year Aisha Lhabaik joined the Northwestern dance community in the Winter Quarter of her first year, when she was accepted into Refresh. She later joined Fusion in the Fall Quarter of her second year. Lhabaik says she first found community with the few fellow Black students in Refresh and Fusion. While she now feels more involved with the dance community, she wishes it hadn’t taken so long for her to connect with the rest of the group.

She hopes for better communication within the organizations — for Black members to express their discomfort and for non-Black members to provide the space for them to share their experiences.

“I wish there was more of a bridge to be able to connect with them,” Lhabaik says.

This lack of dialogue between non-Black and Black members led to decisions that disregarded the Black community’s contributions to dance. SESP third-year Camryn Smith notes that many dances for Refresh performances fall under the category of “urban dance” — a style that draws heavily from hip-hop. However, Smith feels that not understanding the background of hip-hop culture can limit the ability to properly execute dance moves. She says a lack of knowledge about hip-hop’s roots in African tribal dance obscures important context that includes the origin of some moves and techniques, like grounding exercises with feet.

“It would be really beautiful if we collaborated with Afrothunda [Dance Troupe] or maybe brought in an African dance instructor to help us with that movement,” Smith says.

The executive board of ReFusionShaka, comprised of members from all three groups, also neglected to seek out the input of Black members while compiling the music for their performance. The board chose to censor all uses of the N-word without asking for their Black members’ opinions. When members heard the cut of the music for the first time, they were confused.

“I was talking to a lot of people, and they felt like it was rude for that to happen because they didn’t understand like, ‘Who made this [cut]?’” Lhabaik says. “Nobody talks about who made the decision, who was in the room having those conversations.”

After hearing the reactions of their Black members to the music cut, ReFusionShaka’s executive board uncensored the music, Fusion and issued an apology to the teams. 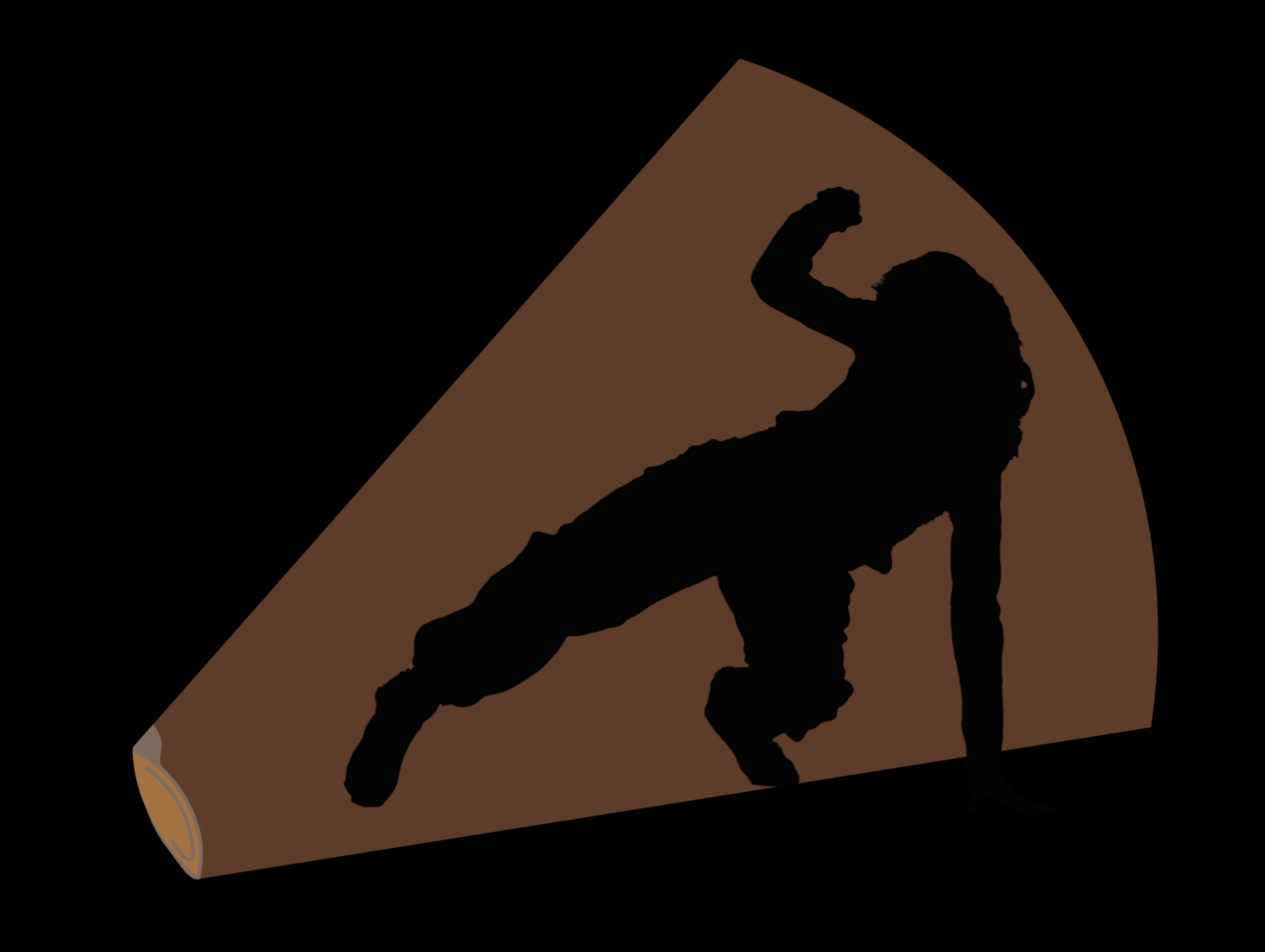 Asian American involvement in the dance scene can be traced back to the dance team Kaba Modern, founded in 1992 by Arnel Calvario, a Filipino American student at the University of California, Irvine. The team branched off of UCI’s Filipino cultural club, Kababayan. As Kaba Modern grew in popularity, other collegiate Asian cultural clubs began founding their own teams. Kaba Modern later appeared on the first season of America’s Best Dance Crew in 2008, which was won by another predominantly Asian team, the JabbaWockeeZ. Their national success helped popularize hip-hop-influenced dance in the Asian American community at both competitive and collegiate levels.

“For many Asian Americans, at least who are more heavily involved within the dance scene, it’s a college phenomenon that they don’t really get exposed to until they start college,” says Raymond San Diego, an Asian American Studies professor at Northwestern. “They might have lived in areas that were majority-white. They didn’t have experience with hip-hop culture other than — if I’m going old-school — through the radio or MTV. Now, it might be YouTube, and they’re getting involved that way.”

San Diego says that many non-Black dancers learn about hip-hop through short TikToks or YouTube videos. This surface-level consumption of hip-hop decontextualizes the dancing, isolating it from its history and significance in the Black community.

Members’ concerns about the absence of Black members’ input in creative decisions pushed the executive boards to address shortcomings in acknowledging Black culture’s impact on their art. Although the Refresh executive board has led quarterly town halls since the spring of 2015 for members to communicate questions and complaints, Refresh President Lili Wang and Artistic Director Joan Gwak say that the group intends to take more active steps to educate their members and center Black voices.

“I wish there was more of a bridge to be able to connect with them.”

Refresh plans to set up masterclasses with Black professional dancers to teach choreography and host in-depth conversations about dance education, such as the origin of certain moves and resources to practice them, Wang says. Within Refresh’s own classes, Gwak and Wang want to push for greater awareness of the history behind hip-hop dance and implement lasting practices that develop Refresh into a more educated and respectful group.

“Having the choreographers take the time to teach their casts or setting that culture, I think, inherently makes a more healthy environment,” says Wang, a McCormick fourth-year.

Medill fourth-year Gwak has also made an effort to promote Black dancers, especially in the Chicago dance community, by advertising classes held downtown taught by Black choreographers. Gwak encourages other Refresh dancers to come to these sessions with her, and almost every week, three or four members accompany her. 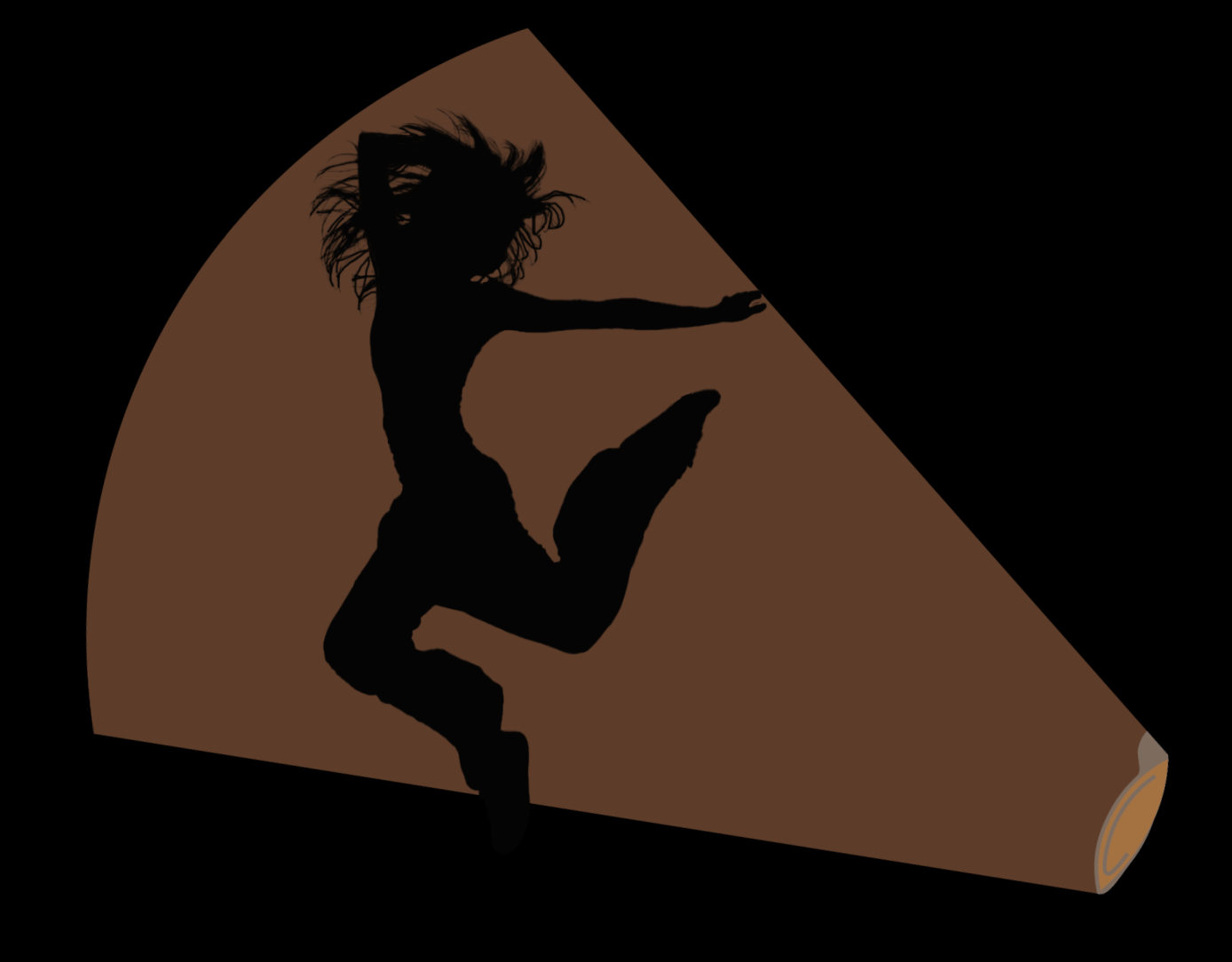 Smith also wants to see changes to Refresh’s marketing. She suggests asking more Black members to hold open classes, which are sessions available to the public and taught by Refresh members. Smith says that if Black students only see Asian and white faces on social media posts advertising open classes, they might be less inclined to become involved in the community.

Weinberg fourth-year Matt You and Medill third-year Ryan Kim, Fusion’s artistic directors, say that Fusion has promoted Chicago and Evanston-based dance groups on social media. ReFusionShaka collectively has donated to these groups, as well as to other Black-owned businesses.

At the end of Fall Quarter, Fusion held their first-ever town hall, where members discussed the lack of communication with leadership. Black members specifically expressed concerns about not being consulted for decisions regarding their community. Kim feels that the town hall was productive, and he says he left feeling hopeful.

“I was excited by our future prospects and projects and seeing how many members were willing to be vulnerable in the space that we created for the town hall,” Kim says.

For Lhabaik, creating the space for these conversations is a step in a positive direction. She hopes that more open and in-depth dialogues happen and that Fusion’s executive board follows through on their promises.

“Apparently, we were supposed to have some sort of education in Fusion, and that just never happened — like that was thrown out the window [Fall Quarter],” Lhabaik says. “So they said they were going to go back to doing that, and I’m expecting that.”

Lhabaik says that accepting more Black students onto the team and accounting for diversity in recruitment would also help uplift Black voices. While she understands the groups only have so much control over how many Black students audition, she feels that the executive boards should factor diversity in more when selecting new members, as she knows many people who want to be a part of the dance community. 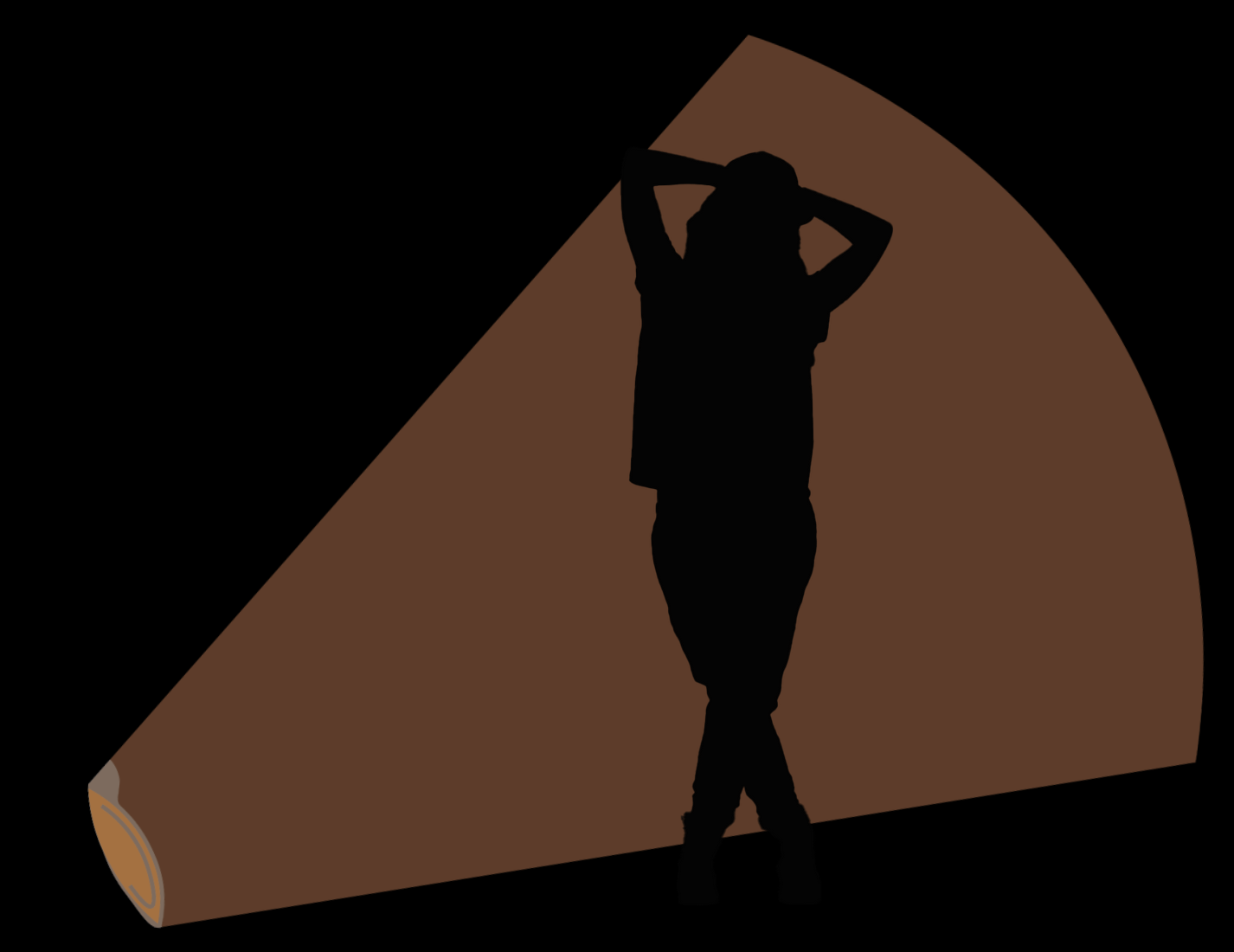 Moving forward, Kim says that as Fusion interacts more with the Black dance community outside of Northwestern circles, the group will be more conscious of the responsibilities they place on their Black members.

“We’ve all explicitly come to the consensus that when we are engaging with other collectives outside of the Northwestern sphere, it’s not the duty of our Black members or Black dancers to facilitate these kinds of initiatives or projects,” Kim says.

At the end of Winter Quarter 2022, Fusion organized masterclasses with Black choreographers as part of their efforts to integrate dance education into their practices. Their plans for workshops and sessions dedicated to education have been put on hold for the quarter.

Lhabaik wants to be optimistic about the future of the Northwestern dance community, but she still has some reservations.

“I need to actually see results,” Lhabaik says. “But for now, I feel like the fact that we were able to have those conversations, it looks like a good step in the right direction.”

Editor's note: The author's use of the term "urban dance" in the print version of this article has been omitted due to the dance community's disavowal of the phrase in 2021.