A quick search of “Pink Beret Girl” on Twitter yields everything from K-pop fancams to Etsy listings, but also lots of tweets like these:

These are just a couple of the tweets Northwestern students have made about SESP first-year Adrienne Scheide.

On a campus where jeans and sweatpants are the norm, Scheide’s style, which she said is largely inspired by Japanese street fashion, turns heads. Since arriving on campus in the fall, she has received lots of attention both in person and on social media, where she was first dubbed Pink Beret Girl.

Students report sightings of Pink Beret Girl to their personal group chats and to social media, a practice Scheide found out about when someone sent a Yik Yak about her to her dorm-wide GroupMe in October.

“I was just freaking out … I was just like, ‘Oh my gosh, I can’t believe that somebody posted about me,’” she said. “People have been incredibly kind and I could not be more grateful.”

Initially, Scheide wasn’t sure what to make of the situation, especially after another student, Communication first-year Julie Monteleone, dressed up as her for Halloween. 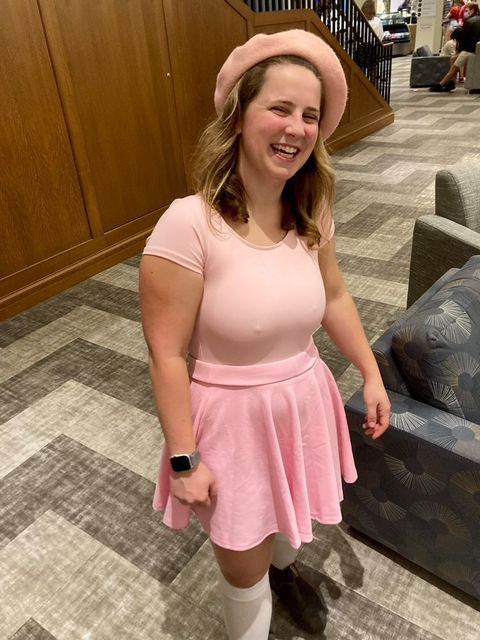 “I was almost a little wary at first like, ‘Are people really being this nice to me? Is this a joke?’ But no, [Monteleone] just was trying to be nice and was super kind and I was like, ‘Oh my God.’”

NPCs (non-player characters) are video game characters that exist in designated areas of a game's map, often acting as landmarks of sorts. In Pink Beret Girl’s case, that area is Northwestern’s campus, and she welcomed the label with open arms.

“If I can be a regular part of somebody’s day, that’s pretty neat,” Scheide said.

The tweet was inspired by a Pink Beret Girl sighting in Norris University Center, an occurrence that Mailender calls a “good omen.” It received over a hundred likes and several replies from students who also know of Pink Beret Girl. Other replies call Scheide an “icon” and a “literal angel.”

Mailender was surprised by the response her tweet received. Still, she said, “I guess it makes sense because she’s a very recognizable person.”

While a lot of Scheide’s recognizability comes from her signature hat, it’s certainly not the only defining part of her style. Other staples include dresses, skirts, knee-high socks – and the color pink from head to toe.

When asked if she had ever woken up in the morning and decided not to wear pink, Scheide didn’t hesitate to answer. “No,” she said, and laughed. “I can’t.”

“If everything goes wrong in a day, it’s something I have to fall back on … I’ve always accomplished something if I can go out as myself,” said Scheide. “[The pink] is meant to be enthusiastic, something that can cheer me up or somebody else’s day up.”

Scheide’s wardrobe also has other, less intentional perks. “Laundry is a lot easier because all of my colors are already sorted,” Scheide said, adding that she rarely has to fold due to the sheer number of dresses she owns. 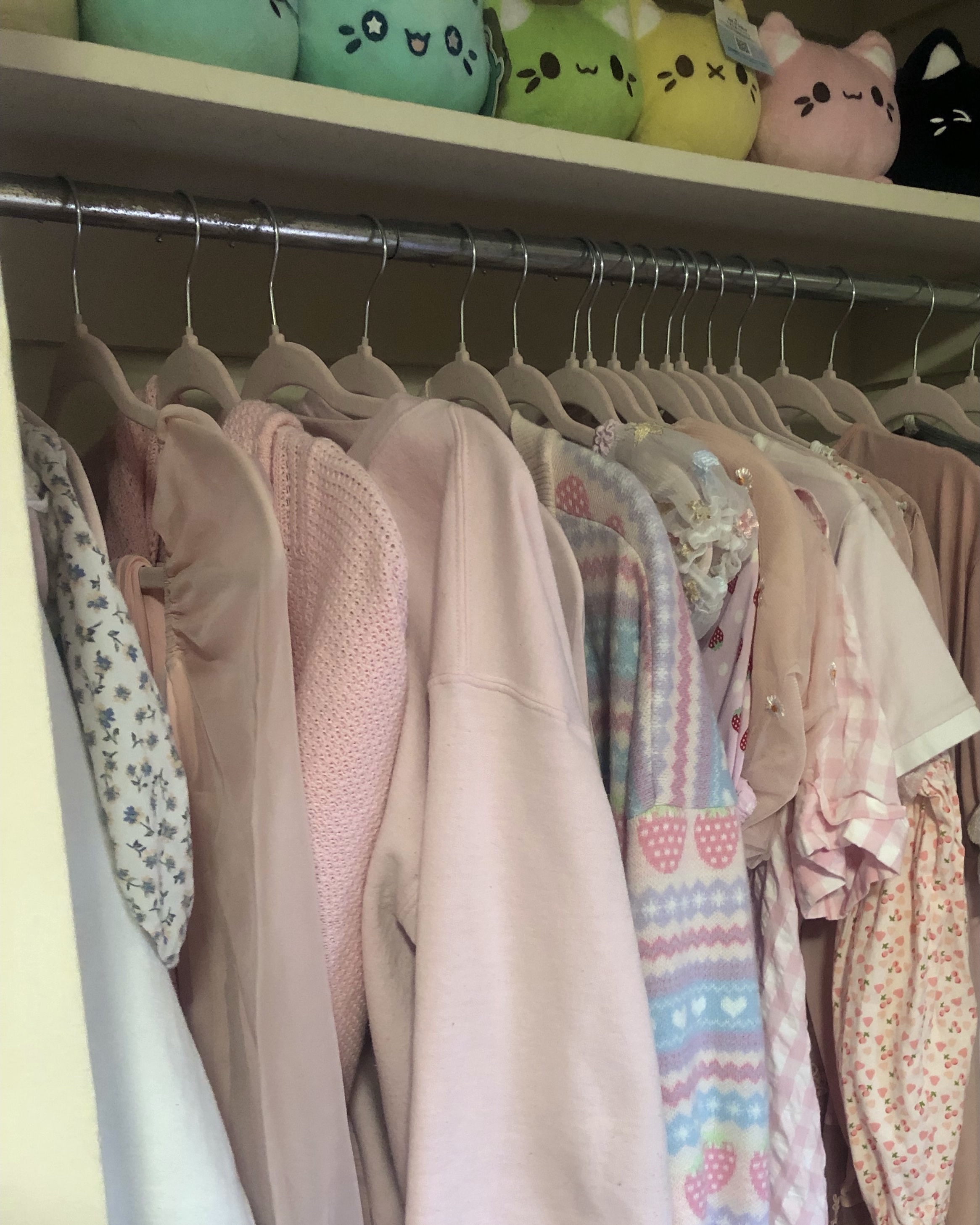 A young Scheide would have never worn the dresses, skirts and pink clothing she loves so much today.

“I used to think that being girly was bad,” she said. “But as I’ve grown up, I’ve started to embrace it as part of my identity and who I am.”

Scheide’s current style has been a defining part of her identity since her second year of high school, which is also when she bought her first pink beret on a school trip in Paris. But the Pink Beret Girl aesthetic wasn’t always so well-received by her peers.

“It’s unbelievable to me how insanely nice people have been about it because it wasn’t always that way for me,” she said. “I grew up in rural Wisconsin, so people weren’t really as receptive to my style.”

While Scheide’s clothing always distinguished her from her peers, she said she dealt with “stereotypical mean girls” in high school rather than admirers. Students would often talk badly about her at lunch. She said she persevered by finding safe spaces in her friends and in music, something she has continued to do at Northwestern through choir.

Scheide also said that her style has stayed more or less the same since coming to Evanston.

“If anything, I’ve just embraced it more because I truly feel comfortable in my own skin here,” she said, adding that the Pink Beret Girl situation has definitely helped.

The only significant change? The pressure of her new campus celebrity status.

She also said that sometimes she doesn’t want to be recognized, like when she goes to parties without her signature beret or on dating apps like Tinder.

Overall, however, her experience as Pink Beret Girl has been overwhelmingly positive. Like Mailender said: “Everyone’s rocking with Pink Beret Girl.”

Scheide’s advice for anyone scared to dress outside campus norms: just do it.

“It’s not a matter of having an overabundance of confidence or having no fear. You’re allowed to have that fear, but just try it anyway. And as time goes on, you eventually get used to it and realize that people are actually really, really kind,” she said. “You’re going to feel glad that you did it.”