Who the Fike is Dillo Day 2022’s nighttime headliner?

Mayfest Productions has announced Dominic Fike as the nighttime headliner for Dillo Day 2022. Fike is known for songs like “3 Nights,” his iconic under-eye apple tattoo and his homewrecking Euphoria character Elliot.

Like it did for daytime headliner Remi Wolf at night one of Battle of the Artists, Mayfest released a hint for the nighttime headliner at night two. Instead of a mysterious Wildcard – an ode to Remi Wolf’s song “Photo ID” – attendees were given a vintage motel keychain that read “valid 3 nights,” a nod to the Fike’s most popular song, which they also played a snippet of at the event. 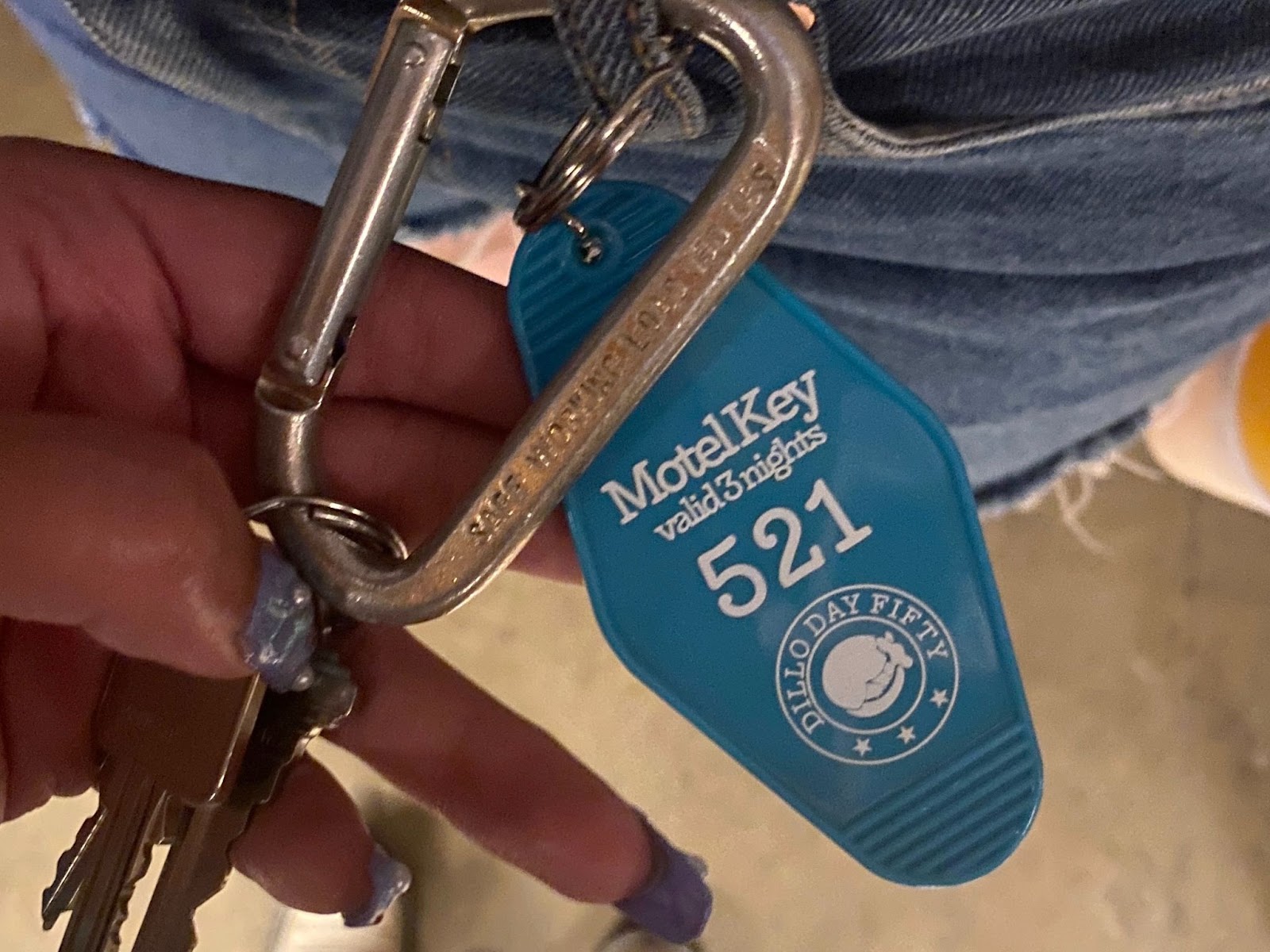 The keychain hint Mayfest Productions distributed at night two of Battle of the Artists. Photo courtesy of Meher Yeda.

Given Fike’s popularity as both an actor on HBO’s second-most-watched show (second only to Game of Thrones) and as a singer who has collaborated with artists like Halsey, Justin Bieber and Paul McCartney, I expected to see a lot of buzz after he was formally announced. And there was, but there were also several students who were vocally upset. One Instagram commenter asked who is picking “all these indie, freak shows,” and one Yik Yak user claimed that Mayfest is trying to be “LGBTQ south campus centric.” Yikes.

I do think there are some actually valid complaints to be made about Fike – and no, I’m not talking about the absurd amount of screentime his character spent serenading Rue in Euphoria’s season two finale. I’m talking about lines like “I hope I get Me Too’d” from his song “Cancel Me”, which are cringeworthy and unsavory. (NBN alum Justin Curto provides an interesting analysis of this lyric and song if you want to read more.)

The nighttime headliner’s music may not be for everyone, but between all of the artists coming to this year’s Dillo – including rapper Cochise (!!!!) who was announced after Fike – there will undoubtedly be something at the festival for everyone. And if you want to see what the hype behind the indie freak show’s music is all about, I personally recommend starting with songs like “Phone Numbers,” “She Wants My Money” and “Come Here.”

Whether you are an avid enjoyer of Fike’s music or not, I implore you to manifest a Dillo appearance from Hunter Schafer, Fike’s girlfriend and Euphoria co-star. (Hunter, if you’re reading this, I’m very single and very free after Dillo.) Or even a sighting of former Northwestern student and Euphoria actress Maude Apatow, who could take advantage of Mayfest's alumni tickets.

Frankly, I’m just hoping and praying that we get a joint “Photo ID” performance from the daytime and nighttime headliners, and that we do not get a painfully long acoustic performance of “Elliot’s Song.”