“We talked about how Black men, while also being oppressed through their race, still reinforce patriarchal values within Black communities,” Hegelmeyer says. “So just understanding my privilege and figuring out what I can do to not reinforce systems of oppression for other non-men.”

Founded in 1972 during an era of widespread social change and student activism, the department has evolved into a respected and robust program at Northwestern.

Today, the department offers over 60 graduate and undergraduate courses with 45 established faculty members. Mary Pattillo, Harold Washington Professor of Sociology and African American Studies and the African American Studies Department Chair, explains that the department values critical thinking and analysis. She says it strives to understand the intersection of Blackness with other systems of power and the way that Black studies intersects with other disciplines.

On May 20, students, alumni and faculty — some of whom were at Northwestern for the founding of the department — will gather on campus to commemorate the anniversary. The event, titled AFAM @ 50: Extending Our Reach, will include discussions about the early days of the department and the experiences of current and past African American studies majors. In addition, comedian Ziwe Fumudoh (Comm '14) will deliver the keynote address.

The department's founding dates back to the 1968 Bursar's Office takeover, where more than 100 students occupied the space for 38 hours, demanding the administration enhance Black student life on campus.

Stephen Broussard exiting the Bursar's Office through the window on May 3, 1968. (Photo courtesy of Northwestern University Library)

Ending with what is referred to today as the May 4th Agreement, administrators responded to a list of demands from students. The University gave an official statement that acknowledged the existence of institutional racism at Northwestern, promised to increase admission of Black students and agreed to add Black studies courses to the curriculum. Although the department would not be established for another four years, the sit-in at the Bursar's Office served as a catalyst for change on Northwestern's campus, including the creation of the Black House in 1968, the first African American studies classes in 1969 and the creation of the major in 1982.

However, the agreement did not specify the form that Black studies should take on campus. Students and administrators debated whether Black studies at Northwestern should be a full department with its own faculty or a program borrowing faculty from other departments.

This conversation questioned the legitimacy of Black studies, especially as an interdisciplinary subject, Northwestern professor Martha Biondi explains in her book The Black Revolution on Campus. Until 1971, when the board of trustees finally gave their approval, students fought hard for the Department of African American Studies.

“It's really important to understand that the generation of students who occupied the Bursar's Office were very courageous and very committed to opening up Northwestern to Black people in Chicago, to making it a more diverse and representative institution and ultimately making it a better and stronger university,” Biondi says.

Weinberg first-year Allison Pierce took Biondi's “Black Power to Black Lives Matter” course during Winter Quarter. Pierce loved that the class helped put current-day conversations into a historical context by using an understanding of the past to analyze a recent period of Black activism.

Pattillo finds it gratifying when students gain a greater understanding of how their identity or experiences have been shaped by race.

“It's important to remember our roots and where we came from.”

Although the department is small, Pierce says she would like to see more students taking African American studies courses, especially non-Black students.

“I think it's most important for non-Black students to take these courses, because a lot of Black students have lived a lot of the content of these more modern-focused courses," Pierce says. “It's something that you could talk about and know about just by your daily experience. Those are just things that I think white students don't think about.”

There are no prerequisites for any African American studies courses or any classes that are specifically for majors. While this may maintain the department's accessibility, Hegelmeyer says it can be frustrating to need to review fundamental concepts, like the difference between race and ethnicity, in his higher-level courses.

“[There are] all these different classes that are supposed to be where you can get really deep into discussion and theory, but you're having a mixed bag of students that have a different level of understanding and familiarity with these concepts,” Hegelmeyer says. “It makes it like there isn't really a true space where students can skip past the basics.”

Moving forward, Hegelmeyer says many students hope the department will engage more with Black student activist groups on campus, like Northwestern University Community Not Cops and For Members Only. He feels it is important for the department to affirm the work of these students and provide guidance to them. 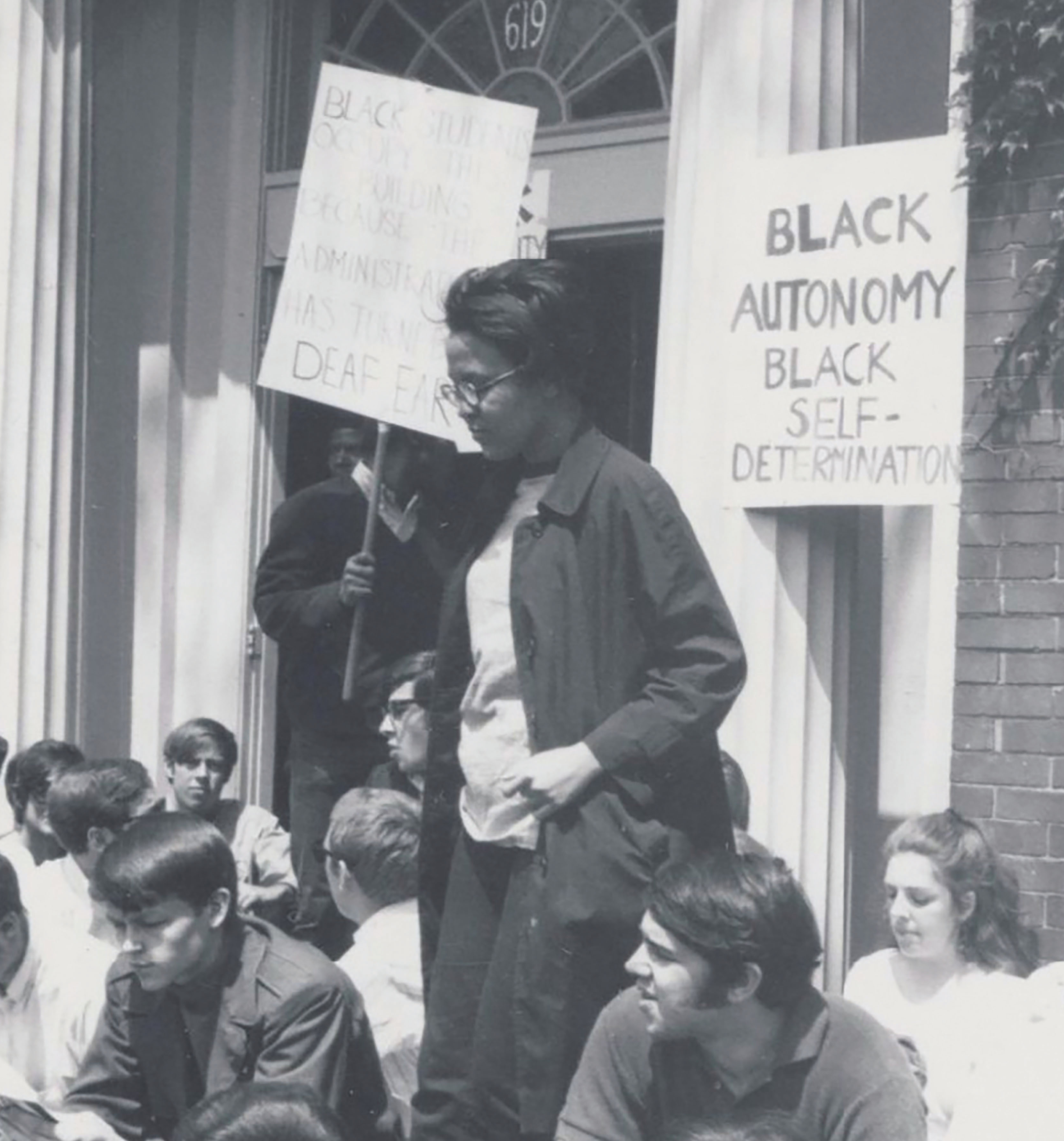 Fifty years ago, during a time of change and great cultural shifts, Northwestern students were a part of a large wave of activism at universities across the country. Today, Northwestern students continue to demand that their voices be heard. Hegelmeyer believes that, as the department looks towards the future, it is even more important to look to the past.

“We always have to remember that student demonstration was what brought out the African American studies department [at Northwestern] and also the Latinx and Asian [programs], too,” he says. “It's important to remember our roots and where we came from in terms of how we apply policies and make decisions and recommendations.”