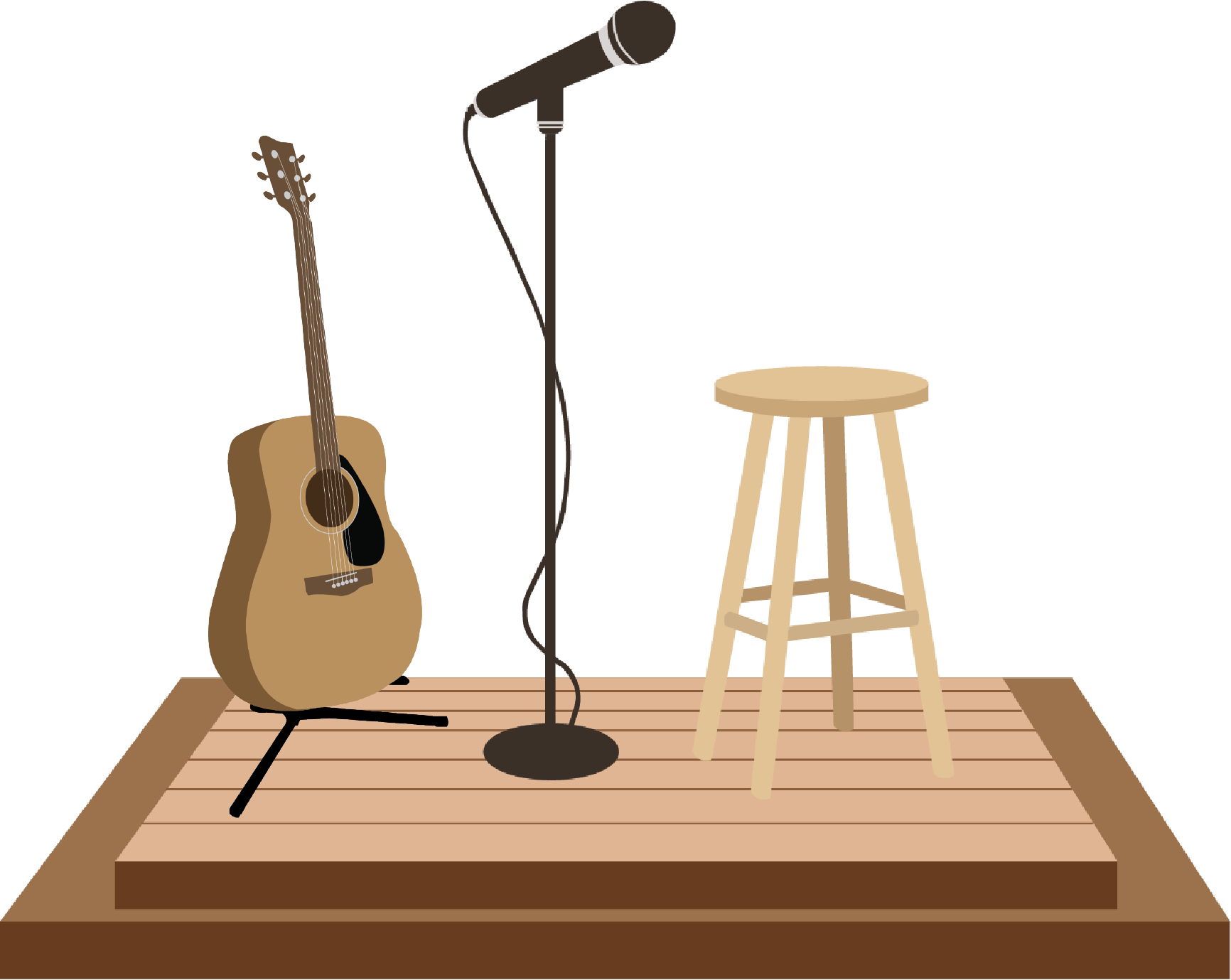 It’s a Friday night on Northwestern’s campus, and purple lights beam from behind the stage in the Norris Louis Room. Students perform a variety of open mic acts, framed by reddish-pink fairy lights. The small crowd gives a big round of applause. Sliders, nachos and blackberry lemon mocktails sit on a buffet table in the back of the room. Even after the performances end, people stay and mill about the space.

The event unfolds like many other student gatherings, with music and cheers echoing throughout the room and drinks being shared. But the co-hosting organization — NU Nights — has a mission that sets it apart from other social organizations on campus: All of its events are substance-free. This is just one option for sober students to socialize, and many find community by joining student organizations or hosting their own gatherings.

According to Northwestern’s Alcohol Data Dashboard, 30-35% of incoming first-year students identify as “abstainers,” or those who haven’t consumed alcohol in the past year, before the start of their academic year. Despite approximately one-third of the first-year population at Northwestern not drinking, finding events that don’t involve alcohol can be challenging.

McCormick fourth-year Alex Manka, the current president of NU Nights, says the group seeks to provide an alternative to the party culture on campus. According to the club’s Instagram, they tend to have events on a weekly basis, usually on Friday nights.

Northwestern “consistently has a lower percentage of ‘abstainers’ than the national average,” according to the Alcohol Data Dashboard. Many students who identify as sober attest to how pervasive the school’s drinking culture is. Weinberg third-year Amy Fan has found this to be particularly true amongst first-years.

“I would say there’s definitely an increased pressure to drink because it’s the first time you’re on campus and parties tend to always have alcohol,” Fan says. “A lot of people party pretty hard when they first come, just because they didn’t have the freedom to do that before.”

While Medill first-year Conner Dejecacion says he notices the drinking culture on campus, he doesn’t feel particularly influenced by it. “I haven’t been pressured to partake,” Dejecacion says. “I haven’t felt like it’s so pervasive that I need to isolate myself from it.”

“[NU Nights] has values that I like: to be inclusive, forming community, substance and barrier-free.”

Dejecacion found community through involvement with multiple gaming clubs and The Hair Ball, a satirical student publication. He also hosts Games with Conner in Willard Hall, an event where residents can play board and tabletop role-playing games.

“One of the people I play board games with has an off-campus apartment, and that’s usually where we meet,” he says. “Otherwise, a lot of my social stuff is really online, so it can be anywhere.”

Fan has also found a vibrant social life through participating in clubs and organizations, including Northwestern University Dance Marathon, Deeva (a South Asian dance group) and Reformed University Fellowship. She said these groups have given her events to attend that don’t revolve around alcohol.

Fan still enjoys going out with her friends, even if alcohol may be present; her sobriety does not affect her ability to connect with people at social events.

“When I go to parties, I don’t tend to drink and I’m a sober person there. That doesn’t mean that I don’t go to engage with others,” Fan says. “But I try to stick to my values and not drink, even when I am surrounded by people who are drinking. And it’s also good to be that person who’s sober to help anyone who is not.”

Some sober students acknowledge that it can be difficult to navigate the party scene while sober. Medill second-year Sriman Narayanan says remaining social without using substances presents a particular challenge in a college environment.

“In high school, you could get away with not going to a party and it wouldn’t be difficult to get along socially, because it happened maybe once every month,” Narayanan says. “No one was really partying every night, every weekend, so it’s definitely harder here because it’s just a bigger part of the culture.”

Students’ reasons for sobriety vary. Narayanan says that his parents don’t drink, but they never “drilled it” into him and his sister. Despite his choice to be sober, he doesn’t judge anyone for their own decisions regarding substances.

“In terms of my own sobriety, I think it’s just a personal choice that does align with the things I want to achieve, and I don’t smack anyone else for not having those same goals,” Narayanan says.

30-35% of incoming first-year students identify as “abstainers,” or those who haven't consumed alcohol in the past year, before the start of their academic year.

Due to the two-year on-campus living requirement, dorm life is a significant part of the undergraduate experience at Northwestern. For those under 21, possessing alcohol or drugs is prohibited on campus, but students say that this does not prevent substance use in the dorms. Northwestern used to offer housing options that were guaranteed to be entirely substance-free, regardless of age.

In an email to NBN, Director of Operations and Services for Northwestern Residential Services Jenny Douglas wrote that students over 21 are allowed to have a “reasonable amount” of alcohol in their sleeping rooms, except during Wildcat Welcome. She explained that in substance-free housing, all students — regardless of age — agree to not possess any alcohol.

Before 1835 Hinman was converted to quarantine housing during the pandemic, it had a substance-free floor. While searching for substance-free housing on Northwestern’s website, a picture of the building is still visible on the page, but the link offering more information leads to an error message. As it stands, Northwestern currently has no substance-free housing “due to a lack of demand,” Douglas wrote. However, she confirmed that the University isn’t opposed to changing the policy in the future.

“I think it would be a nice option because I think our society — we’re very intimate with the problems that too much alcohol, too much drugs, can do,” Dejecacion says. “Not only on a personal level but also on a systemic one.”

For students who are looking for spaces to socialize while staying sober, NU Nights also hosts movie nights and arts and crafts events. In the fall, they organized a trip to Six Flags. Members say that these gatherings have brought sober students together and allowed them to attend fun events for free.

Through his time in the club, Manka says that he has felt part of a strong sober community on campus.

“I thought, this sounds like fun. It’s a good break from academics. It has values that I like: to be inclusive, forming community, substance and barrier-free,” Manka says. “So I decided to stick with it, and I met some really great people in the club. And I’ve been doing it ever since.”

McCormick third-year Chibu Onyenemezu, the rising NU Nights president, says his goals for the club are to continue fostering a safe, fun, substance-free space for students.

“I’d like for this mission to continue,” Onyenemezu says, “Just have something fun for students to do on a Friday night.”