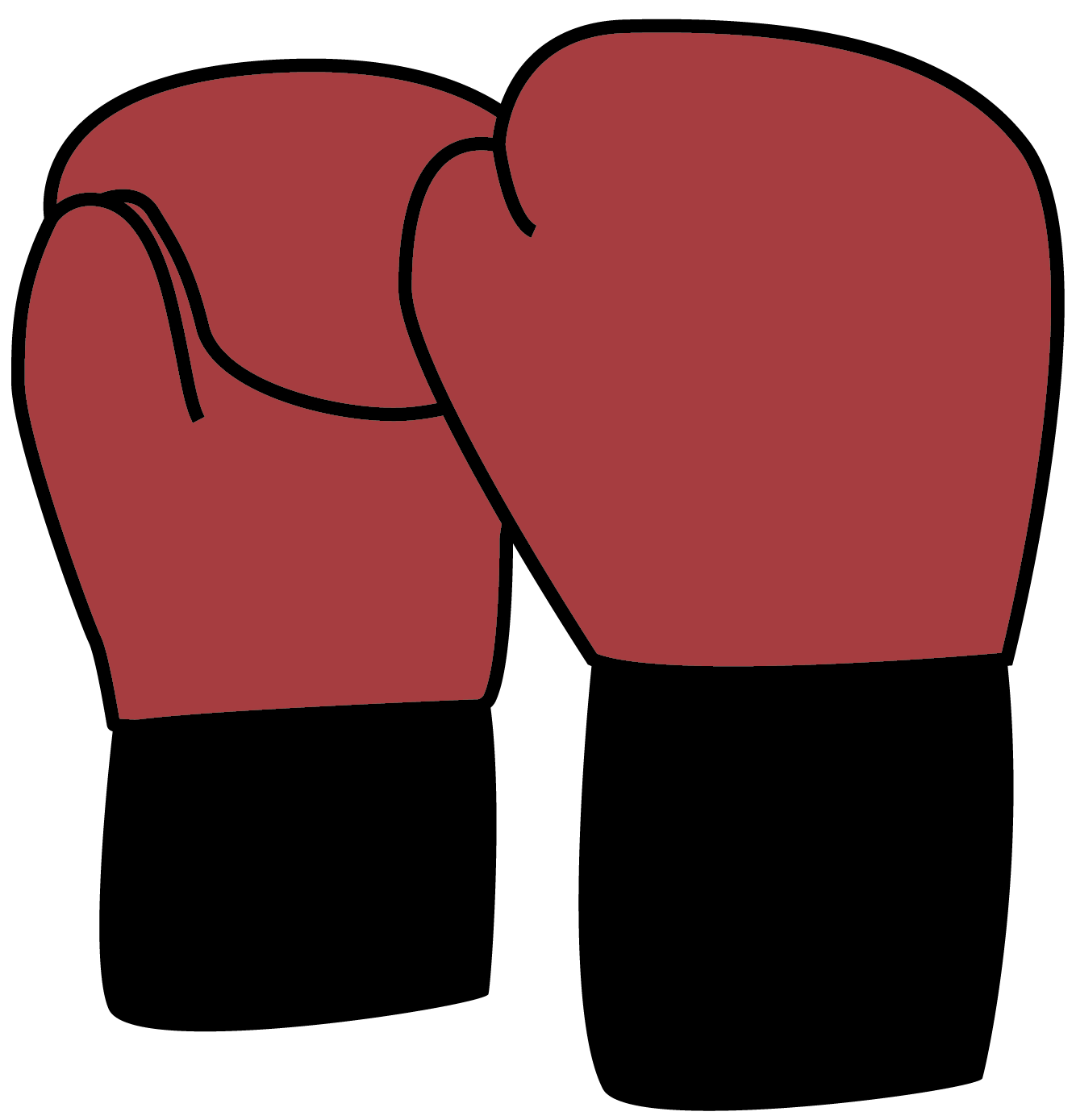 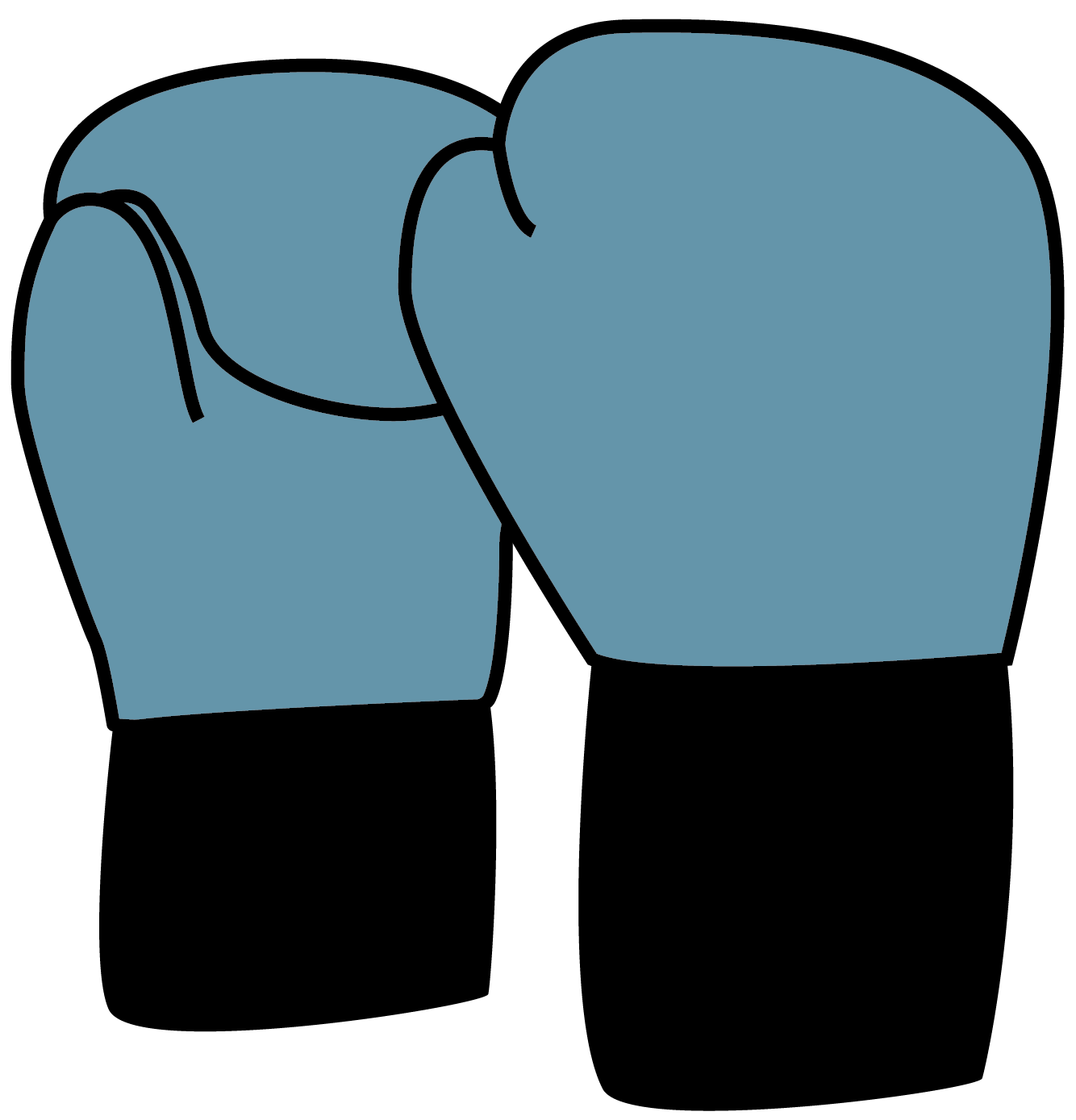 Nina Barrett hasn’t made a purchase from Amazon in two years. As the owner of independent bookstore Bookends & Beginnings in downtown Evanston, she has spoken out against the corporate giant many times. But she never thought she would be able to take a leading role in a lawsuit against the company that could have an impact in restructuring the independent bookstore industry.

In March, Eamon Kelly, a partner and litigator at Chicago-based firm Sperling & Slater, P.C., approached Barrett about joining a class-action lawsuit against Amazon and five major book publishers. The lawsuit claims these companies intentionally fixed the price of trade books, which are books published for the general public, leaving independent bookstores unable to compete with their prices.

“I honestly felt very honored and very lucky that this had come to me,” Barrett says. “If you’re looking for somebody to be the face of what this lawsuit is fighting for, we are it.” 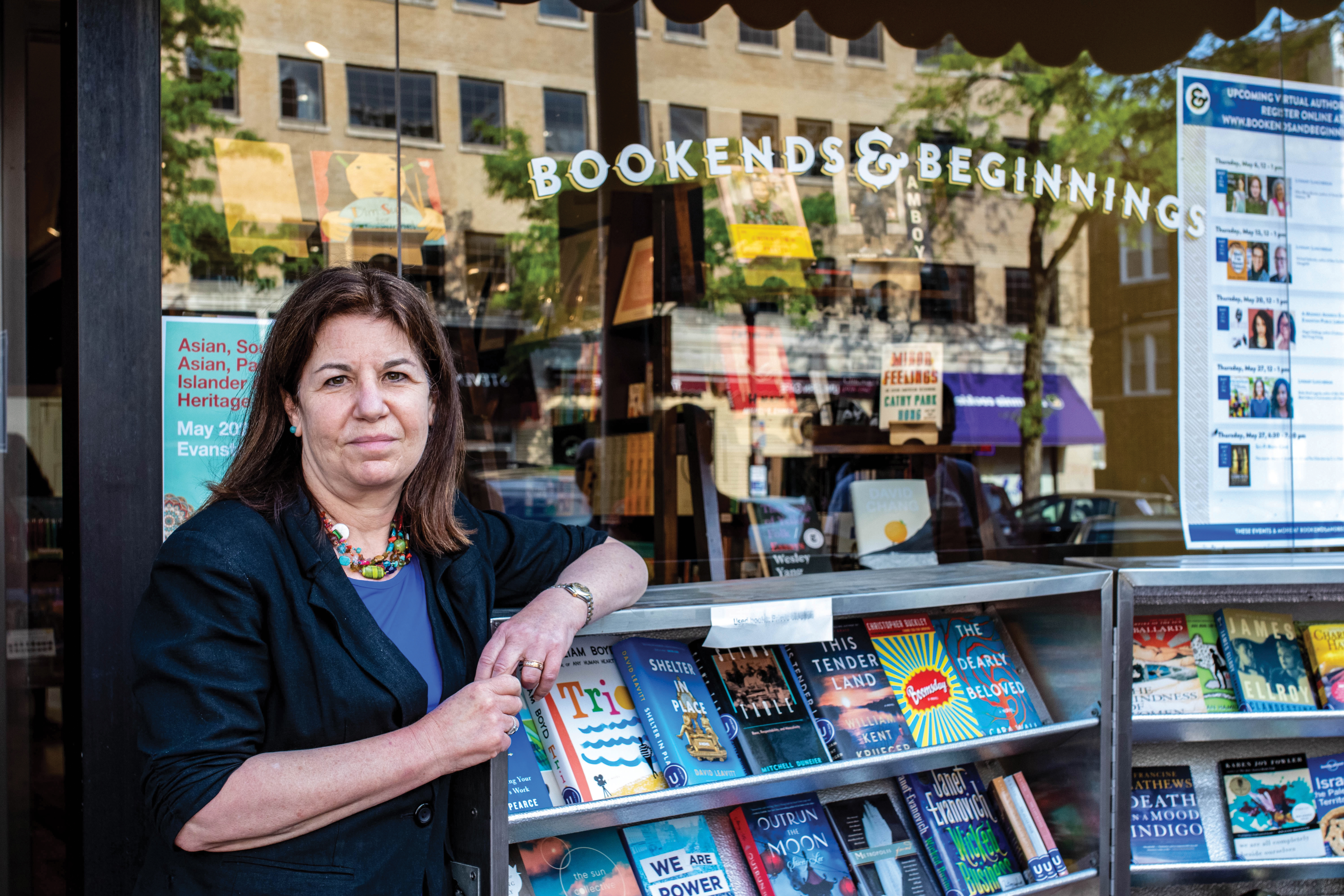 Nina Barrett, owner of Bookends & Beginnings, outside of the bookstore on May 22. (Photo by Carly Menker )

Two law firms, Hagens Berman Sobol Shapiro LLP and Sperling & Slater, P.C., filed the lawsuit on March 25 in the U.S. District Court for the Southern District of New York. The defendants in the case include Amazon and the five largest book publishers in the United States, known as the “Big Five” –– Hachette Book Group, HarperCollins Publishers, Macmillan, Penguin Random House and Simon & Schuster. Together, the Big Five account for about 80% of U.S. trade book sales while Amazon accounts for about 90% of digital print book sales.

According to the official complaint filed by the plaintiffs, Amazon and the Big Five have used restrictive clauses in their distribution agreements to hinder competition in the sale of print trade books. These clauses ensure that other booksellers are unable to compete with Amazon’s prices. The plaintiffs also claim that Amazon has acquired “monopoly power in the U.S. online retail trade book market” and are seeking monetary recovery and a termination of the unfair business practices through the lawsuit.

Although independent bookstores are permitted to sell books at discounted rates, Barrett says that between store operating expenses and book publishers’ prices, constantly selling books at discounted prices wouldn’t be sustainable for her business. Meanwhile, corporations like Amazon have the resources to sell books at a lower price, particularly since they have other sources of revenue. Barrett has also noticed that publishers are selling books on their websites for less than the price printed on the book covers.

These pricing differences mean that Barrett sometimes has to explain the disparity to her buyers and convince them of the added value of purchasing books in her store.

“Essentially, we have to make every book sale by arguing to the customer that when they pay us more money for a book, they’re getting some kind of value that’s worth that money,” Barrett says. “That is a really awkward position to be in.”

Part of that value is having the ability to go to a space and physically look at books and browse the shelves. Barrett says that especially with lockdowns during the COVID-19 pandemic, customers are eager to experience a change of scenery and venture outside of their homes.

Barrett also says Bookends & Beginnings is strongly embedded in the Evanston community. Before the pandemic, the store hosted weekly events including book signings and book launches for local authors. It has also worked to fundraise and supply books for community organizations such as the Evanston Public Library, local Evanston schools and Young, Black & Lit, a nonprofit organization that donates books featuring Black main characters to schools and organizations in Cook County.

Although the lawsuit is recent, Bookends & Beginnings has long been wary of Amazon’s influence in the bookselling industry. In the fall, the store participated in the American Booksellers Association’s “Boxed Out” campaign. Employees designed the storefront as an Amazon box, with the message not to “box out” independent bookstores by ordering from Amazon. Barrett says her involvement with the lawsuit has given her the opportunity to talk to her customers about the challenges of competing with the large corporation.

Barrett says that along with devaluing book prices, Amazon is also devaluing the experience of discovering and buying books by interacting with booksellers in a physical space.

Barrett’s love for literature and bookstores started decades before she opened Bookends & Beginnings. She moved to Evanston in the 1980s to pursue a graduate degree at Medill and decided to stay in Evanston after graduating. Soon after, she began her career as an author.

“I was raising young kids, and I was working on books, and those are both two very isolating activities,” Barrett says. “I started to moonlight in an independent bookstore [Women & Children First in Chicago]. I would just work there one day a week, just for social exposure, just to talk to people.

Through working at the bookstore on and off for 15 years, and at one point taking a managerial role, Barrett learned the bookstore business. But by the late 90s, the rise of chain bookstores left independent bookstores struggling to survive, Barrett says.

“I sometimes refer to it as the massacre of the independent bookstores because there was something like three or 4,000 bookstores that were driven out of business by the chains,” Barrett says.

Women & Children First in Chicago, the bookstore where Barrett was working, was no exception. Due to low sales, the store management had to let go of their entire staff.

“That is the point at which I didn’t think there was going to be any more independent bookselling,” Barrett says. “I went off to culinary school to get a chef’s degree because I thought I would like to open a restaurant. I would definitely not have opened any independent bookstore at that time.”

For the next decade, Barrett focused on food and writing. She worked on several non-fiction books and won a James Beard award in the radio show/audio webcast category in 2012 and 2013. But at the end of 2013, she heard that Bookman’s Alley, an independent bookstore in Evanston that sold used, rare and antique books, was going out of business and that their space would soon be available.

Around this time, chain bookstores across the country were becoming frail, Barrett says. Barnes & Noble, for example, faced competition from Amazon, and the company’s decision to disinvest in printed books and invest in Nook devices (which Barrett says was a flop) left the bookseller struggling to compete. As magazines, Nooks and CDs began to populate the floors of these stores, Barrett says, more independent bookstores started to open.

“I thought that it was an opportunity. I believed in the Evanston community as a demographic that would really support an independent store,” Barrett says. “I wasn’t afraid to compete with the Barnes & Noble [which is now closed] because I just didn’t think it was a very good bookstore… I just thought [Bookends & Beginnings] is going to be a very different kind of bookstore.” 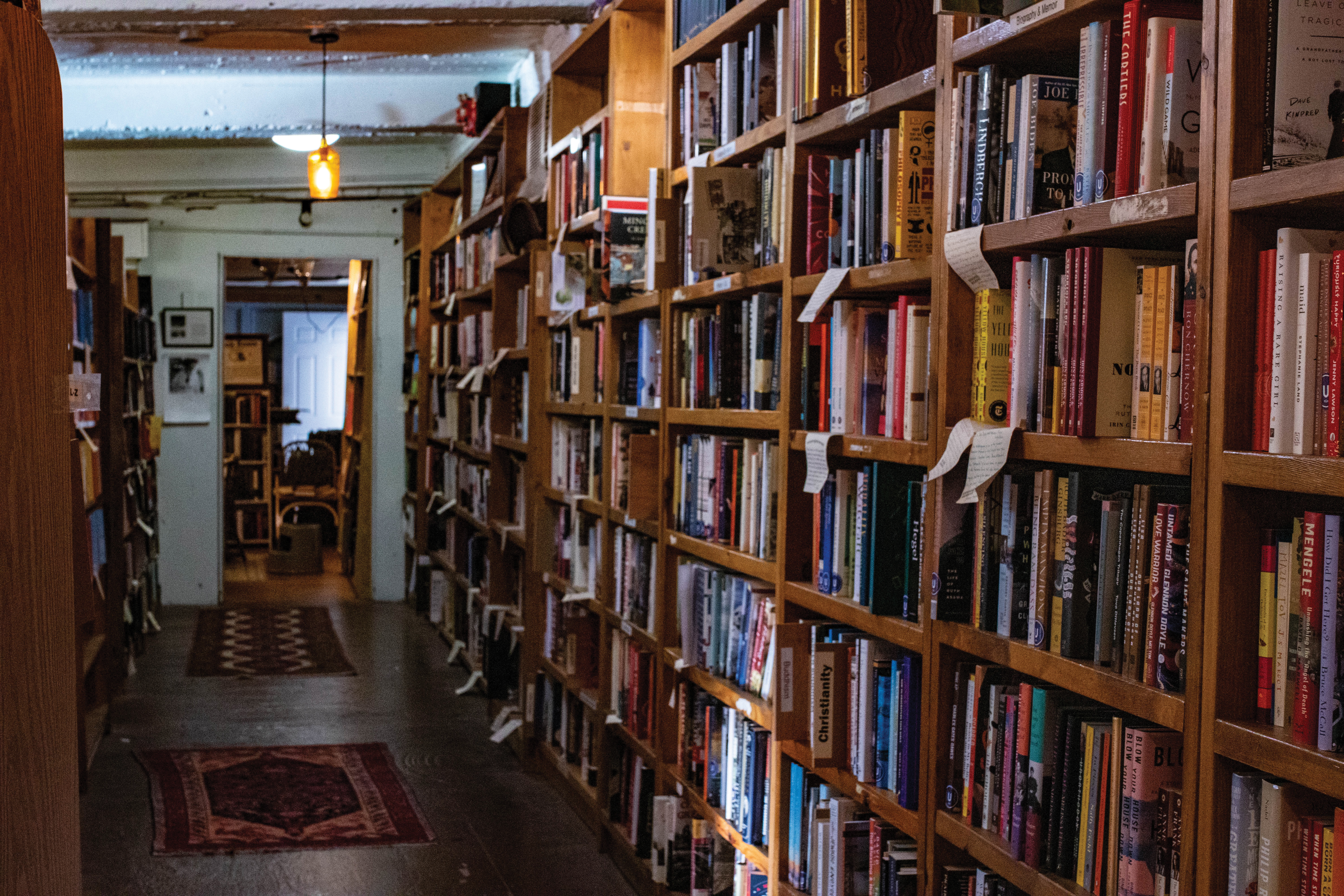 In 2014, Barrett opened Bookends & Beginnings in the alley behind Sherman Ave. which was formerly occupied by Bookman’s Alley. Due to the location of the bookstore, Barrett says it took a few years for Bookends & Beginnings to develop a strong clientele. But eventually, knowledge of the store spread throughout the community, and on January 23, they expanded to a storefront on Sherman Ave.

“Getting the new space on Sherman Avenue was exactly what we needed because now we have this visibility on the street,” Barrett says. “People are finding us; the people who used to shop at Barnes & Noble have found us now, and it’s been very good for business.”

In addition to the new storefront, news of the lawsuit against Amazon and the Big Five has also spread awareness of the store and generated support for Bookends & Beginnings within the Evanston community. On Independent Bookstore Day on April 24, Barrett met customers who first heard of the store through reading about the lawsuit. Even with COVID-19 capacity limitations in place, Bookends & Beginnings had the single best sales day in its history.

Increasing community awareness and having the chance to talk to customers about the issues of book pricing and competition from Amazon is one good outcome of the ongoing lawsuit, according to Barrett. Moving forward, she hopes for a reform of business practices regarding pricing issues and possibly a financial reward for the plaintiffs to compensate for Amazon’s financial impact. Barrett isn’t expecting a miracle, but she views the lawsuit as a first step in initiating lasting change.

While the plaintiffs in the lawsuit are exclusively independent bookstores, Barrett recognizes that competition from Amazon and other large companies extends to other businesses too.

“It’s not just bookstores that are being hurt by this; it’s all brick-and-mortar retail,” Barrett says. “If you walk around downtown Evanston and see all of those empty storefronts, that’s because people who might want to have a little shop that sells wonderful, interesting things can’t sell enough of those things to pay the rent anymore.”

To support independent bookstores like Bookends & Beginnings and other independent businesses, Barrett encourages customers to rethink the convenience of buying from places like Amazon.

“I would just ask people to think about what does convenience even mean,” Barrett says. “For me, it’s very convenient to run into the grocery store and buy some toilet paper. It’s right there. I don’t even have to wait for the next day for it to be delivered.”

Barrett understands that Amazon might be the only available seller for some items like obscure or out-of-print books. But she says the main thing consumers can do is to make commitments to the businesses they care about and want to see survive.