At the beginning of the school year, SESP third-year Lily Ng presented campus residential assistants a map of Evanston and asked them to point out Northwestern University.

“They really had no idea how big Evanston was and how close we are to the edge in relation to where everything is. We just take up this little lakefront piece, and there is this huge slot going from Wilmette to Howard,” Ng says.

Most students don't realize that northern Evanston is not the full extent of the city. Yet, several Northwestern students grew up with Evanston as the backdrop to their coming-of-age and know it like the back of their hand. Now attending the University, they see a new side of their hometown.

NBN talked to three Evanston-raised Northwestern students about what it’s like to attend school so close to home, how their perception of Evanston and the University has changed and how their peers have a limited knowledge of the city that they reside in.

Ng grew up with little connection to Northwestern despite living in Evanston her whole life. Like many Evanstonians, she thought of the campus area as “the Lakefront.”

Community engagement was a consistent aspect of Ng’s childhood. She joined the selective Justin Wynn Leadership Academy (JWLA) in fourth grade and started doing community service with partners, including soup kitchens and elderly homes. This experience taught her collaboration and leadership skills.

As she conducted her college search, Ng realized that attending the University would allow her to continue making an impact in Evanston.

“The easiest way to be involved with the community — or really the only way — is to be there physically, and there wasn't really going to be any other way for me to do that besides going to Northwestern,” Ng says.

All of Ng’s extracurriculars are Evanston-based. Through a program called Emerge, she teaches asset-based community development — a method of using untapped connections, institutions and monetary funds for sustainable expansion — to Evanston youth. She is also active in Evanston Grows, an organization that addresses food insecurity by providing locally grown food to community members in need. 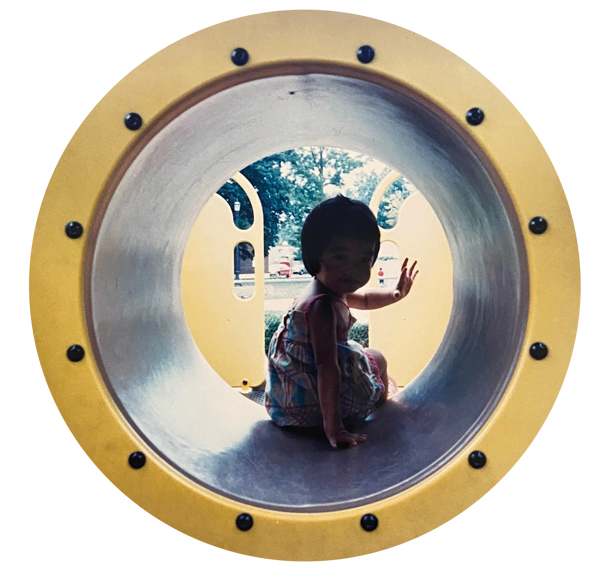 Ng says residents don't like Northwestern for a number of reasons. She remembers her parents complaining about noisy tailgates that left beer cans in their yard. Beyond that, Northwestern’s status as a charitable nonprofit organization exempts it from paying property taxes.

“People just don't really feel Northwestern is accessible to them or inviting them at all to be a part of their space,” she says. “It's kind of like an exclusive echelon of people.”

Ng only knows of one Northwestern program that gives back to the Evanston community: Good Neighbor Great University, the scholarship fund she received aid from. The program provides $1,000-$5,500 of financial aid to Evanston and Chicago high school graduates. 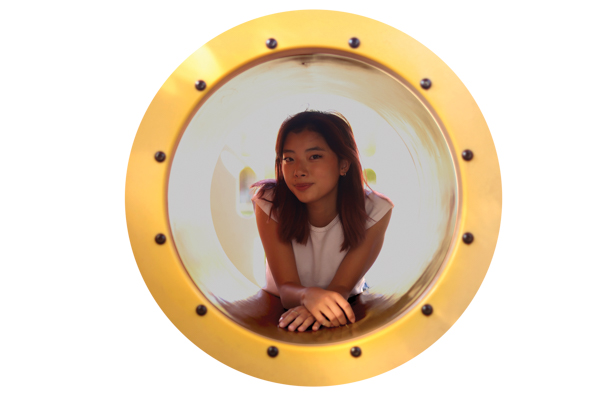 Evanston residents’ ambivalence toward Northwestern made Ng initially uncomfortable about attending the University.

“Going to Northwestern, I felt sort of guilty to be participating in this institution,” she says. “I felt like I was going to the bad side.”

At Northwestern, Ng has encouraged her peers to take advantage of Evanston’s offerings. She wants people to know that Evanston was not created to serve the University, and students should build up the community around them.

“What you see [on campus] is definitely not the full story of Evanston,” Ng says.

She recommends looking into programs offered by the Northwestern Center for Civic Engagement Office. Ng highlighted Campus Kitchen, a student organization that redistributes leftover food from the dining halls to the community, and Books and Breakfast, which invites Northwestern students to tutor Evanston public school students in the mornings.

“I really encourage people to get involved with the community,” Ng says. “There are just so many amazing efforts going on that are honestly unique [to Evanston].”

Freshly graduated from high school, Evanston local and Weinberg second-year Damian Franchere chose to take a gap year to apply to more universities instead of attending Northwestern that Fall. He deemed the University too close to home, and not liking his other college options, decided to spend an additional year applying to schools.

After his preferred college plans didn’t pan out, Franchere returned to the location of his first college tour: Northwestern. 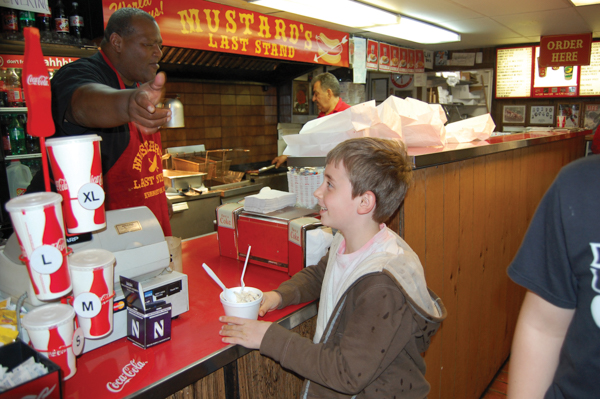 “I remember being in the car, driving the 10 minutes to get to campus on move-in day and packing that morning and sort of feeling dejected and crestfallen,” Franchere says. “I was like, ‘I do not want to go to this school. This is gonna be terrible.’”

Franchere set boundaries with his parents by limiting home visits to academic breaks. He also expressed interest in study abroad and summer programs outside of Evanston to exercise greater independence. 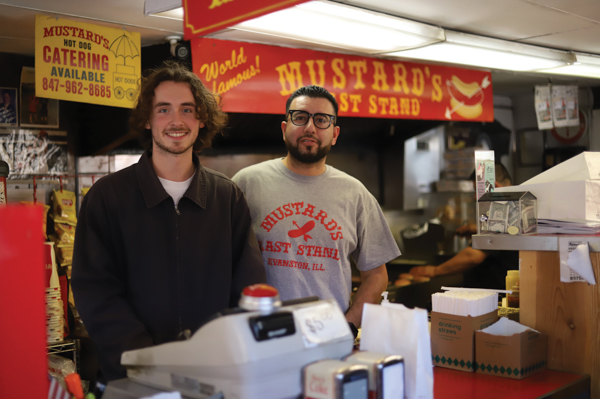 But Franchere’s initial dread dissipated as he settled in and realized that Northwestern exceeded his expectations. He adds that Northwestern’s campus and the people he encountered felt distinct.

“The people at Northwestern are so much more spread out and so much more different,” Franchere says. “It's not just going to high school with the same exact people — it's more interesting people.”

However, as an Evanstonian, Franchere felt a disconnect between his perception of Evanston and those of his peers. He says a vast number of students had no idea how large the city was and how much it had to offer, partially due to how insular Northwestern’s campus can be.

“There's probably such a minority of students at the school who have been to Lee Street Beach or who have eaten on Main Street,” Franchere says. “I feel like it's so easy to get stuck on this campus and not go out and be actually in the Evanston community.”

Franchere recommends visiting the more local Lee Street Beach in the warmer spring and summer months to get off campus. For what Franchere calls “the best sushi in Evanston,” he sings praises for Kuni’s Japanese, south of campus. In the fall, he suggests finding friends to visit an apple orchard or a pumpkin patch with.

“Nobody does it like we do,” Franchere says of Evanston autumns.

Immediately after committing to Northwestern, Weinberg fourth-year Sofia Boczkowski established rules with her parents, complete with a fake contract to ensure she didn’t take advantage of her proximity to home. Among other things, she wasn’t allowed to sleep, do laundry or take groceries from home.

Boczkowski refrained from relying on her parents, even when she had a hard time adjusting during her first year. Now, she sees her parents about once a month. While she feels staying in Evanston has sheltered her in some ways, she still appreciates having her family nearby.

Northwestern played a large part in Boczkowski’s childhood. She participated in Northwestern University’s Dance Marathon several times and held multiple birthday parties in the Norris basement. As a teenager, she spent hours after school at tennis practice and tournaments in SPAC. 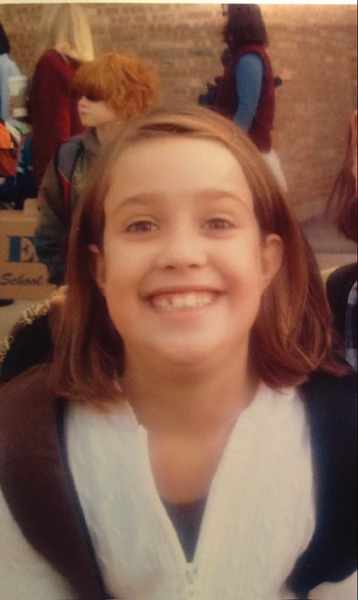 In high school, Boczkowski often hung out on Central Street, an area popular with Evanston Township High School students. She says downtown Evanston was more of a “Northwestern home base.”

“Northwestern is not diverse at all, and I think that makes people from Northwestern see Evanston as non-diverse because the surrounding areas of Northwestern are wealthy, middle and upper-class Evanston,” Boczkowski says.

She also spoke about students lacking awareness of redlining in Evanston. Redlining occurs when specific groups of people, typically of a lower income or particular race, are steered toward living in a certain area. This can be done through banks denying loans or realtors only showing people of color homes in poorer areas. The practice creates geographical divides with economic and social consequences.

Boczkowski explained how this manifests on Evanston’s Gulf Road.

“One side of Gulf Road is predominantly upper-middle class white families and the other side, literally when you cross Bridge Street, you get into predominantly Black and people of color-owned homes that are predominantly middle-to-lower class,” she says.

Boczkowski believes many students don’t recognize Evanston's socioeconomic divide because they’re often only familiar with the campus and Downtown area. She feels students incorrectly believe the Evanston world circulates around the Northwestern campus. 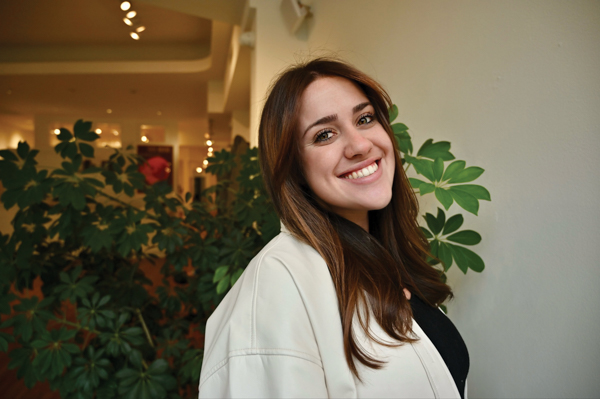 To remedy this, Boczkowski suggests more interaction between Northwestern and ETHS. Currently, the Northwestern/ETHS Partnership Office is dedicated to facilitating more educational opportunities between ETHS and the University, reporting more than 100 partnerships with initiatives ranging from STEM diversity to college access and career preparation.

Her main suggestion for students to better immerse themselves in the Evanston community is to leave the Northwestern bubble.

“Talking to people outside of the Northwestern communities — talking to people who own businesses in general — is super important to understanding the Evanston that they live in,” she says.