After four years of making the 90-minute commute back and forth from Naperville, Illinois, to Chicago, Carol Dietz moved to the city. She wanted to live just across the street from one of her favorite places: her Osher Lifelong Learning Institute (OLLI) classroom. As a member of OLLI, Dietz has expanded her knowledge, learned the science of the human body and found a community after corporate life.

OLLI is a nationwide program with branches at Northwestern’s Evanston and Chicago campuses. As an organization that serves people aged 50 and older, individuals come to the program with a multitude of experiences. OLLI is structured through peer-led and discussion-based study groups. There are no professors, no grades and no assessments; OLLI’s goal is to promote learning and community.

“OLLI is both a place of lifelong learning to engage your mind from that standpoint, but also a social place for many people where it’s their community and they establish friendships,” says Kari Fagin, the director of OLLI.

The institute supports learning throughout life, especially for retired workers. It facilitates more than 100 study groups per semester, helping over 1,500 people to continue their education.

Member Naomi Fisher, 79, often coordinates study groups in conjunction with her husband and other members. As a coordinator, she chooses readings and other materials to study that align with a given topic. Coordinators do not need to be experts but are instead tasked with designating materials and facilitating discussion. 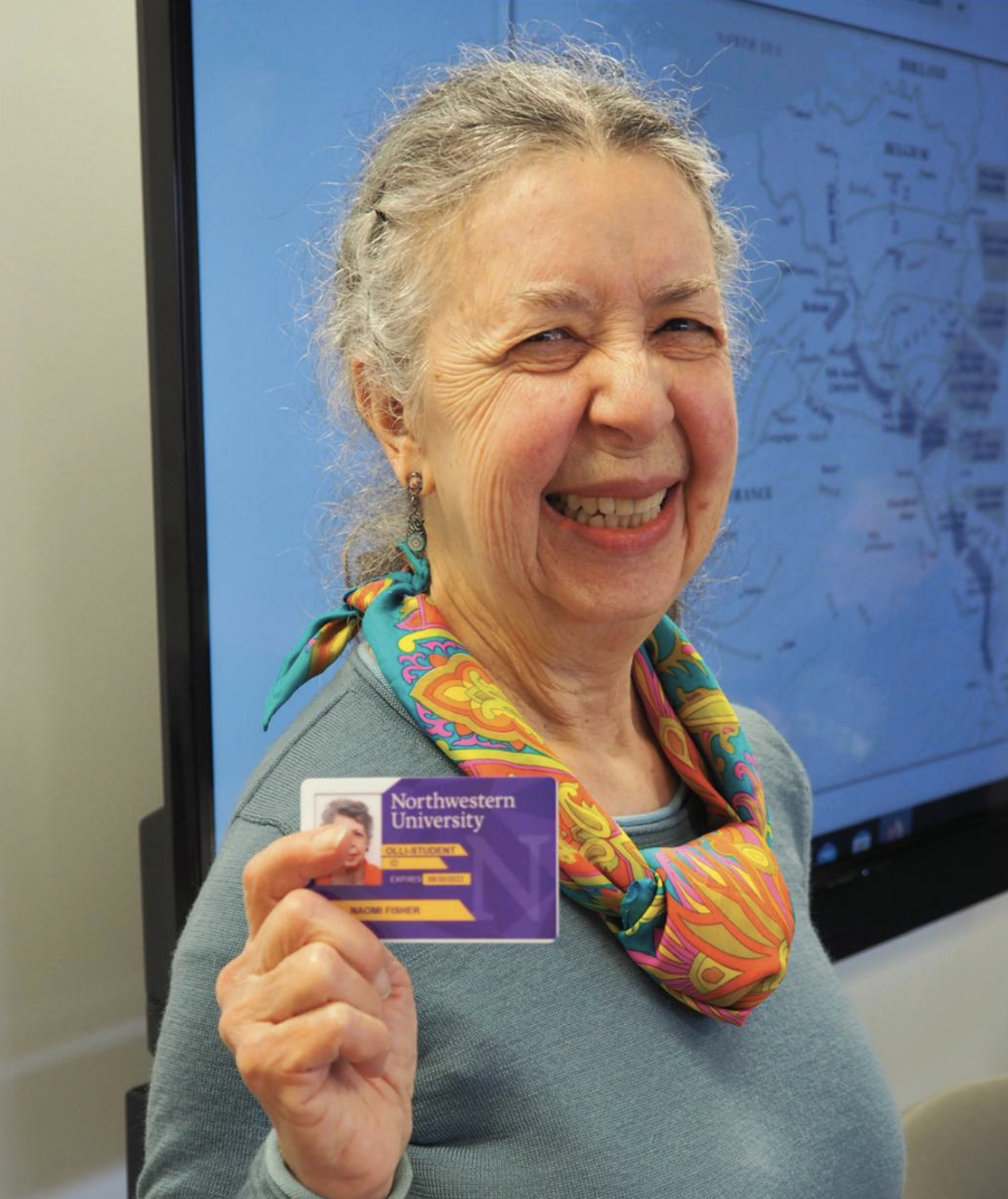 “[OLLI] attracts people who still have an intellectual curiosity,” Fisher says. “It’s perfectly fine to admit your ignorance. You’re there to get beyond it.”

Members can participate in study groups that cover topics out of their comfort zone or subjects that they are passionate about but never had the chance to pursue.

Although Dietz was an English major in college, literature isn’t her main focus at OLLI. In fact, she has not been a part of a literature study group in any of the dozens of groups she has coordinated.

Dietz focuses her time at OLLI on STEM groups, learning about the brain, immunizations and the intersection of music and psychology. Understanding the science behind her body has helped Dietz through the aging process, she says.

“It’s a really special program made up of very interesting and special people. I am really proud of what happens here.”

“You have everybody thinking and creating about whatever you’re talking about, and then they exchange information,” Dietz says. “That’s what I love. There’s no competition. None.”

Member Diane Valencia, 75, says her experience learning about the Spanish Renaissance helped her better understand the places she traveled to in retirement.

She recalls looking at statues with an artist’s eye thanks to her study group. Through OLLI, Valencia learned how the statue’s limbs were set into place, as well as what kind of paint the artist used to make it look more realistic.

“It’s just something I never expected to learn about. I didn’t even know enough to consider it,” Valencia says.

Aside from learning about a diverse array of topics, OLLI members have created a social community of intellectuals. Whether it’s going out for coffee after study groups or inviting fellow members to birthday parties, OLLI provides an atmosphere of friendship.

“It turns out to be a wonderful way to make new friends,” Fisher says. Fisher has hosted members at her home to socialize outside of an academic context. Valencia has received an invitation to another member’s birthday party and says she plans to invite her OLLI friends to her belated 75th birthday bash.

Member Gloria Gleave, 74, echoes Valencia. She says that despite the challenges of keeping a close group of friends as people get older, she found a great community through OLLI that continues to grow. 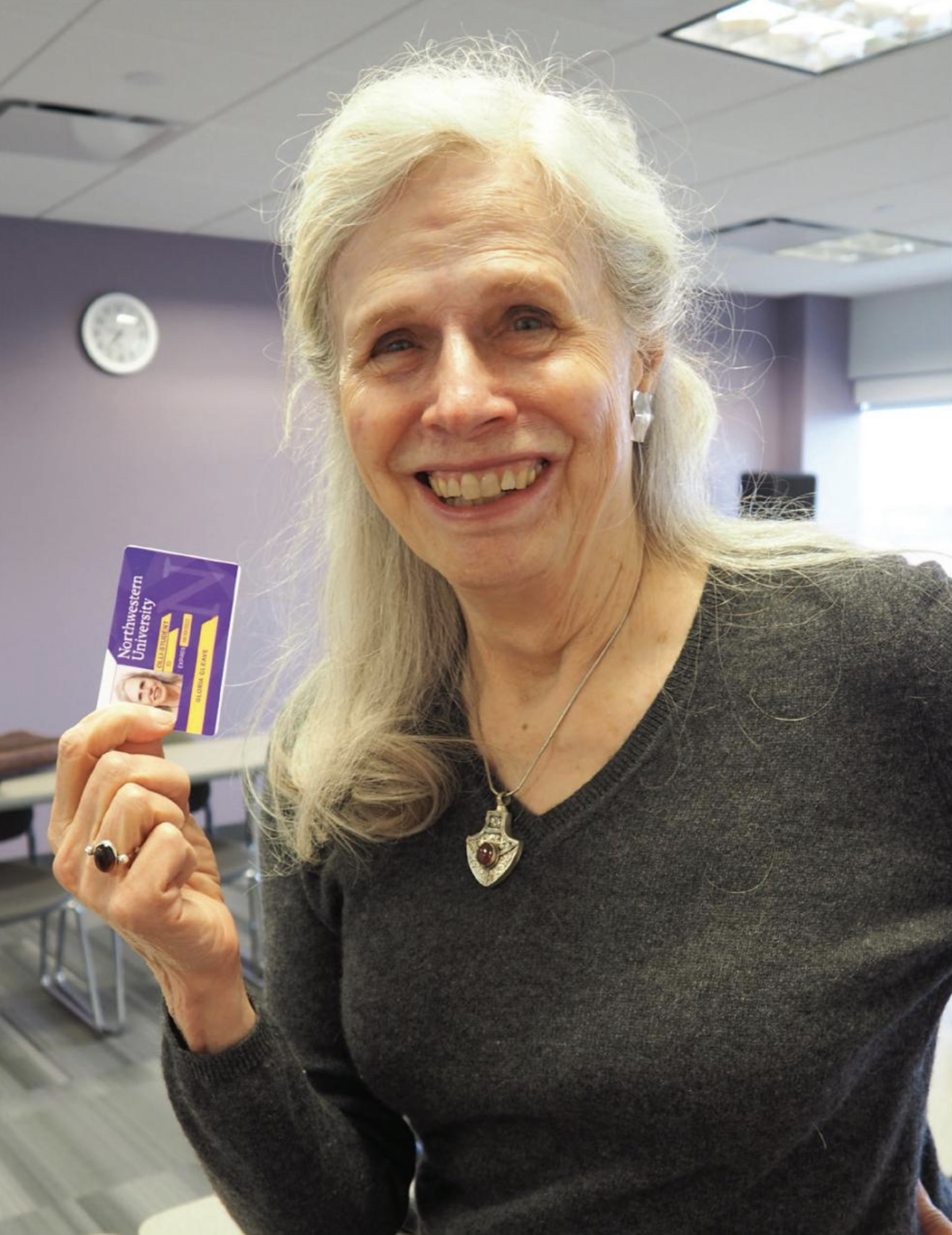 “My husband and I have a circle of friends, and the friends have been collected through various jobs over the years, the people you meet in classes while working on MBAs. And they are moving away, going to where their kids live; they are dying; they are moving to Florida because it’s warmer. And so, in one sense you were seeing the circle of close friends you have leave, and what I see in OLLI is a community of vibrant people that keeps on renewing itself,” Gleave says.

Fagin says that during the pandemic, when OLLI members could not go out because they were at a higher risk, OLLI provided a feeling of community and normalcy. “OLLI saved them, because it was some sort of rhythm to an otherwise disrupted life,” Fagin says.

Today, OLLI has moved to a hybrid format, holding some groups in-person and others online to accommodate individual preferences.

“It’s a really special program made up of very interesting and special people,” Fagin says. “I am really proud of what happens here.”