No student organization has found itself fully immune from this year’s COVID-19 restrictions — not even those which offer some of the most urgent and essential services to their communities. Service trips turned to Zoom calls, and on-site volunteering moved to virtual platforms. A number of Northwestern volunteer-based student organizations were forced to significantly alter their operations this year and recalibrate their goals throughout a long period of remote and virtual programming. But with in-person work again on the horizon, Northwestern’s volunteer clubs are emerging from COVID-19 with new resilience, introspection and communities to serve. 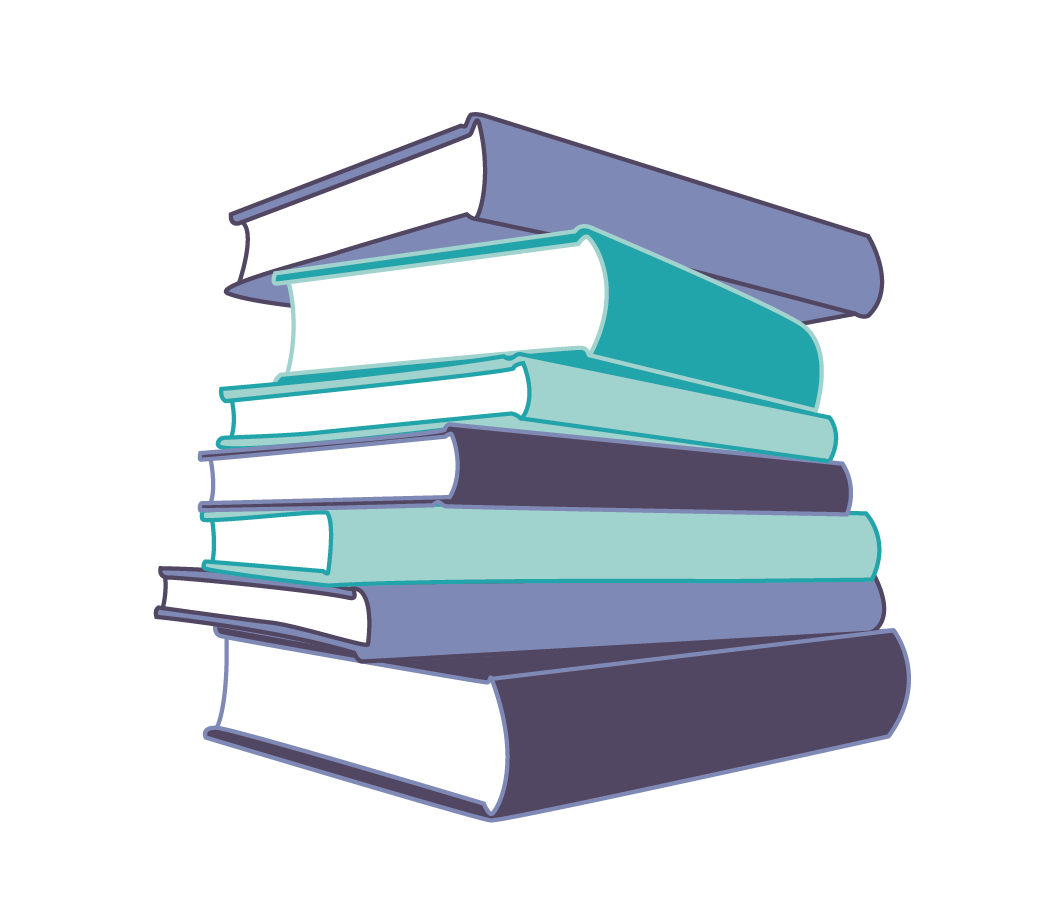 The Undergraduate Prison Education Partnership (UPEP) hasn’t worked in-person with incarcerated students for a year. Stateville Correctional Center is located an hour and a half away from Northwestern’s Evanston campus, just north of Joliet, Illinois. It’s where UPEP, the undergraduate affiliate of the Northwestern Prison Education Program (NPEP), tutors about 40 men seeking associate degrees. Typically, Northwestern undergraduates visit Stateville twice a week, organize more thorough workshops once per quarter and ferry learning materials between Evanston and Stateville as needed.

But Stateville and other correctional facilities are some of the highest-risk locations in the United States for COVID-19 transmission. At times, Cook County Jail, where NPEP also provides coursework, recorded more than 300 cases per day. By June 2020, according to the Chicago Tribune, 12 incarcerated men at Stateville had died of COVID-19. Conditions ripe for transmission and lack of available PPE have meant that access to the prison for outside organizations like UPEP has been extremely limited.

When the pandemic initially hit, UPEP rushed to gather PPE for its students. Tutoring seemed to be an afterthought for the time being.

In the year since, an NPEP member delivering PPE supplies has been the only Northwestern affiliate permitted entry into the prison.

Until recently, Stateville students lacked internet access. As a result, tutoring has been done exclusively by letter writing.

“There have been two general types of letter writing,” Young says. “Incarcerated students would send out copies of their work and would get back in letters that are basically giving them feedback on that work or answering questions.”

The other letters are a little more personal and a little less scholastic, says Ji Hye Choi, one of UPEP’s new co-presidents.

“We had one of our letter writing initiatives back in Winter Quarter. We coordinated it as a little gift surprise to them, something for the holidays,” Choi says. “It was really nice to write a little ‘Hey, congratulations for getting through the quarter!’”

Although the letters help, keeping academic community around has been a serious challenge for UPEP. Choi and Young hope that recent acquisitions of laptops will make virtual study halls consistently possible.

UPEP members anxiously await the end of remote modality. Formal membership in the club is up this year, Young says, but a lack of in-person activity “has been hard on both exec and just on general members to keep doing the work that we do while constantly adapting to whatever the new guidelines are, and that’s been a suppressor of involvement.”

A return to Stateville may require some patience, Choi added. More than anything, she says, “We don’t want to put that population in danger. It’s really dangerous, especially now.”

On a normal weekend, unconstrained by COVID-19 regulations and risk of exposure, Weinberg third-year Larry Wang might lead a group of four Northwestern students to the Midwest Asian Health Association (MAHA) clinic in Chinatown. The clinic primarily serves Hepatitis B patients in the Asian and Pacific Islander community, particularly those it considers at-risk and hard to reach. Wang and his committee would arrive just after 8 a.m., meet up with a volunteer medical student from the Northwestern Feinberg School of Medicine and then get started seeing a day’s worth of patients.

“It’s a lot more intimate,” Wang says. “It’s just the patient and the doctor. We go in, one at a time, to interpret what the doctor and the patient are saying.”

Wang is co-chair of the clinical committee of the Chinatown Health Initiative (CTHI), a student organization at Northwestern that works to improve the health outcomes of residents in Chicago’s rapidly growing Chinatown. Another one of CTHI’s committees, the health education committee, sets up booths at a library in Chinatown to answer patrons’ questions about access to physical and mental healthcare.

This would be Wang’s agenda on a normal weekend. But the last time Wang led a group of student volunteers to Chinatown was last spring, before COVID-19 restrictions forced the MAHA clinic to significantly alter its operations.

Meanwhile, the need for health services in Chinatown hasn’t abated. When in-person clinics shut down, MAHA shifted its primary attention to the mental health of the community, as it found mental health interventions to be easier to host online. 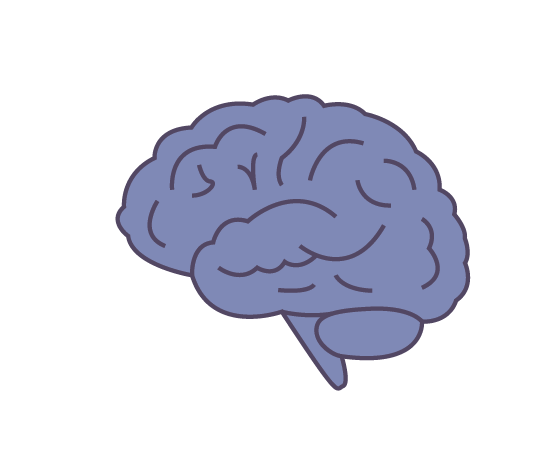 “A lot of the Chinese elderly are exhibiting really poor mental health because they’re very lonely, and they’re very, very scared to come out.”

Meanwhile, Chinatown has been among the least prioritized neighborhoods in Chicago for vaccine distribution, as its population maintains low case and fatality rates, according to an analysis by WBEZ.

The Population Study of Chinese Elderly in Chicago, conducted in part by researchers at Northwestern, confirmed that fear of contracting COVID-19 has caused elderly residents of Chinatown to put off important medical visits. Given that an estimated two in three Asian Americans with Hepatitis B don’t know their positive status, according to the CDC, many elderly residents of Chinatown may be in trouble — and CTHI’s hands are tied, for now.

“Throughout the year, we’ve been trying to communicate with [the MAHA clinic] and see if we could do a virtual interpretation or virtual clinic,” Wang says. “But they’ve actually been really, really unresponsive.”

But Wang and Yang managed to find a silver lining. Yang says CTHI was overdue for some self-reflection about how they did their volunteering, which had been hard to squeeze in given the frequency and intensity of normal volunteering. 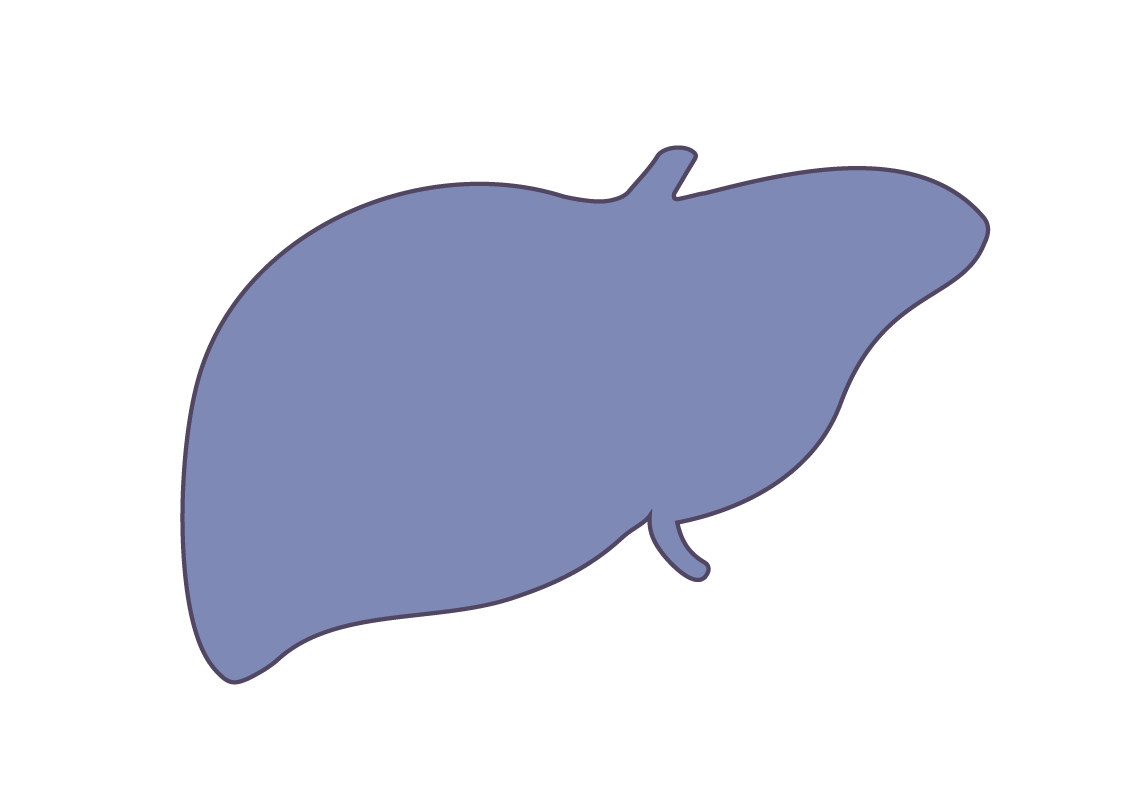 “One fault that we had found, even before COVID, was that we didn’t think [about] our proficiency and ethics training — it wasn’t good enough,” Yang says. “We basically said, ‘It’s fine that we don’t have volunteering, and this is really our time to make our internal logistics better and have real training materials and prepare ourselves for the next time we can volunteer.’”

CTHI has updated their brochures and posters, as well as the medical information they disseminate through their health desks. Additionally, CTHI has recently attempted social justice activism. Yang referred to a forum that CTHI opened where students can log experiences of anti-Asian sentiment or “if they felt any kind of judgment” at Northwestern. Yang hopes the forum, which remains an ongoing process, will provide insights into whether the University sufficiently supports its Asian community.

CTHI, though, doesn’t appear to be a group distracted by the changed circumstances of the last year.

“Throughout the summer, it’s going to be a huge priority to be communicating and seeing if MAHA has any updates,” Wang says. In terms of getting back to directly helping patients again, Wang is definitive: “We’re hoping for the fall.”

Evanston Young Artists (EYA) usually meets in Parkes Hall on Northwestern’s campus on Saturday afternoons. The group provides music instruction to students who qualify for free and reduced lunches in the Evanston area. These students are often able to receive funding for string instruments from their schools but have lacked the ability to capitalize on their talent during the last year of remote learning and performance. 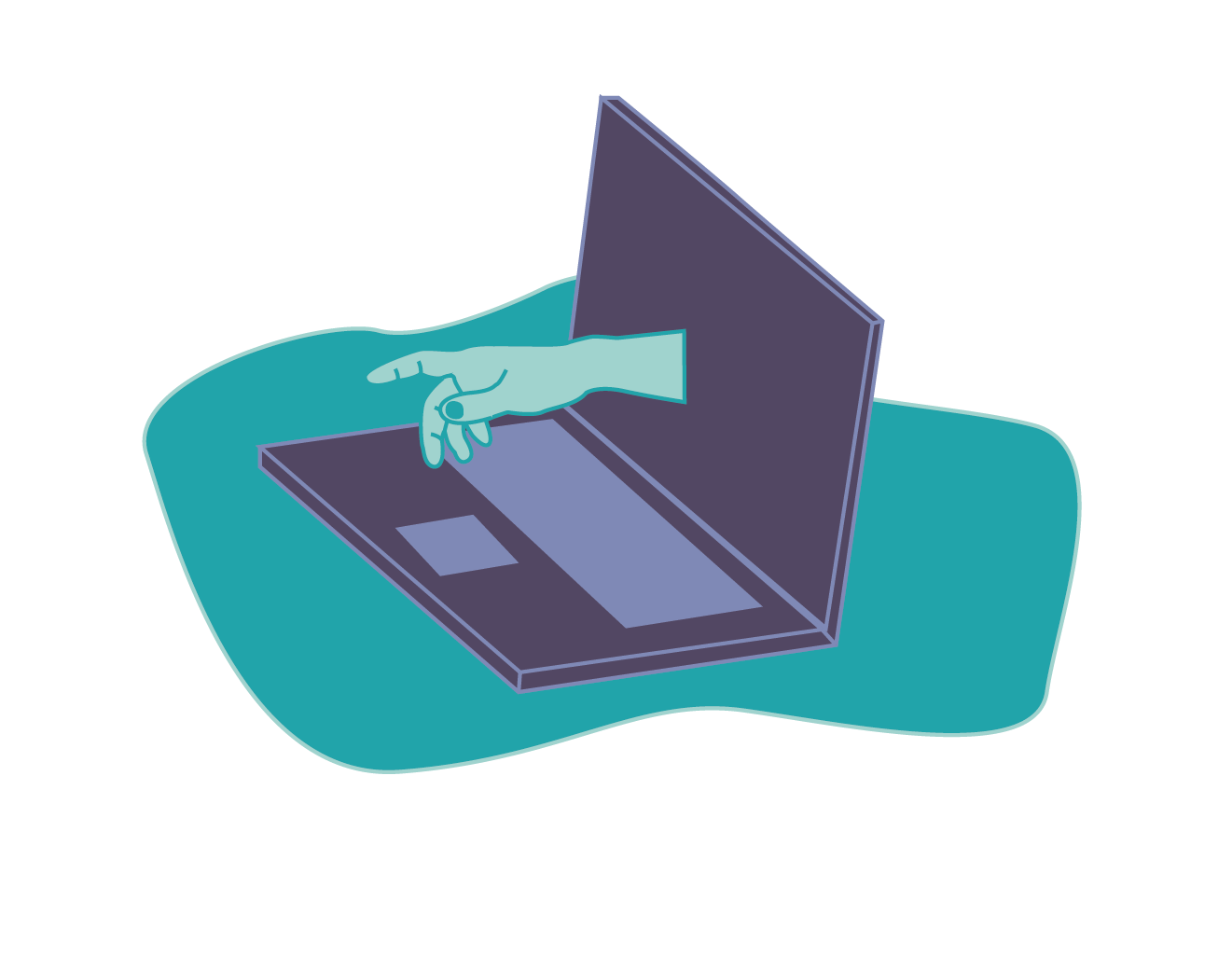 David Cao, the founder and CEO of EYA, says EYA’s pre-pandemic routine involved 40-minute lessons and 50-minute group classes of 16 students, which filled the whole afternoon. But when COVID-19 became a factor, the group classes had to be cut, and the individual lessons went online.

“Music and music lessons are such a visceral, in-person experience. There’s a lot of correcting posture, correcting positions, that sort of thing involved in lessons,” Cao says. “You can’t reach out to someone through the screen to correct their bow.”

Because of the socioeconomic status of some of EYA’s students, the medium for providing individual lessons sometimes posed an obstacle. Difficulties with sound quality and internet reliability could make delivering instruction frustrating, Cao says. As a result, EYA lost about half its students throughout the last year, which EYA largely attributes to the pervasiveness of Zoom fatigue.

But for those who stayed, EYA was able to fill an additional need for parents who suddenly found their young children at home twice as often as usual: childcare.

“Music and music lessons are such a visceral, in-person experience. There’s a lot of correcting posture, correcting positions, that sort of thing involved in lessons. You can’t reach out to someone through the screen to correct their bow.”

“The families who stayed with us saw this as an opportunity,” Cao says. Over the last year, Cao recalls parents saying, “This is a great way to keep my student occupied or to keep them interested, because school and home learning becomes repetitive and bland.”

EYA was also able to expand its operations amid the pandemic. Last fall, Cao started the “Practice Buddy Program” with the Chicago Music Pathways Initiative (CMPI), a well-established music advancement program for underrepresented youth in the Chicago area. Through the program, one of CMPI’s fellows is paired with an EYA volunteer mentor who provides instruction.

Javier Irizarry, a sophomore at Highland Park High School, is a CMPI fellow that Cao started teaching. For him, EYA has been an opportunity to build on his work with Desirée Ruhstrat, a lecturer at Northwestern’s Bienen School of Music who works with CMPI and is Javier’s private instructor. 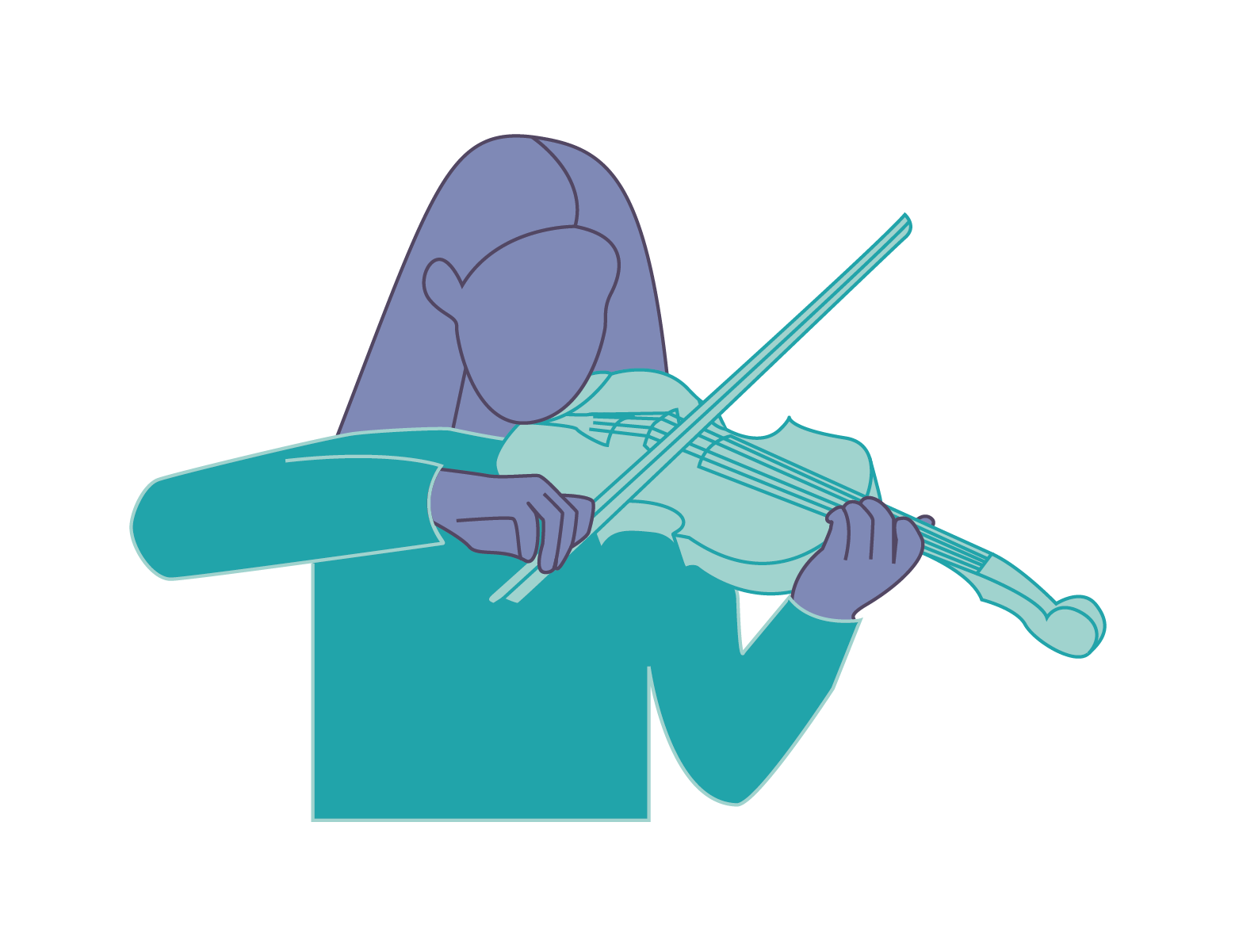 “Sometimes Desirée might not do scales with me or might not get to something in the lesson, so David will help me with my scales or other repertoires that I’ve not gotten to. It’s really nice to have,” Javier says.

Through CMPI, Javier has set himself on a career in violin. EYA’s assistance has been important in helping him gain an edge before orchestra auditions, says Javier’s mother, Wren Williams.

“We feel so fortunate that Javier gets this extra session with David every week,” Williams says. “I’m just so happy that he’s able to have that extra help and support and focus from David. The work they do is wonderful.”